The Macabre “Gypsy” in Black

Right now, I'm putting the final touches to a brand new book on what could be termed the opposites of the notorious Men in Black: none other than the Women in Black. I have to say that as someone who has written three books on the MIB mystery, even I was surprised by the sheer numbers of reports of WIB that exist - and which originate in numerous countries and span hundreds of years, no less.

The late 1960s was a period when chilling encounters with the Women in Black reached near-fever-pitch levels. It pretty much all kicked off in early spring 1967. That was when reports began to surface of black-garbed “gypsy women” roaming around certain, quieter parts of New York. They clearly weren’t regular gypsies, however. That much was made very clear by the fact that they exclusively targeted those who had undergone UFO encounters. 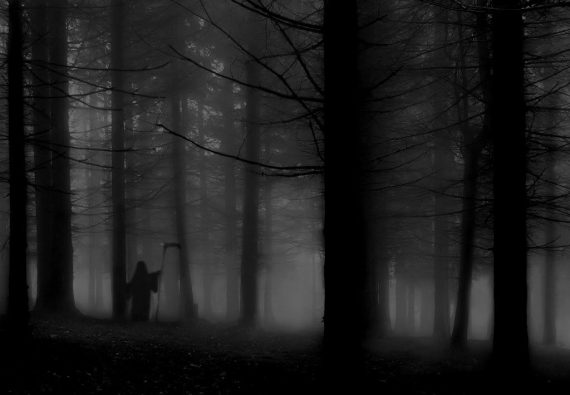 Weirder still, on more than a few occasions, the alleged gypsy women were seen in the dead of night, standing as still as statues and staring eerily into the homes of people who claimed close encounters with alien entities. Attempts to confront them were met with menacing and hostile stares – something which, on some occasions, made even the homeowners back away in fear.

One of the weirdest of all the early 1967 cases occurred in the vicinity of Melville, New York, and involved a rancher whose farm was located in a rural, isolated part of town. Only days before he received a most unwelcome visit, the man had seen a definitive flying saucer hovering over one of his fields, and which – somewhat amazingly – had what was described as a “ladder” hanging from its underside. At least, that is, until the ladder was hastily retracted and the saucer shot away, high into the sky, and vanished from sight. That was hardly the end of the matter, however. 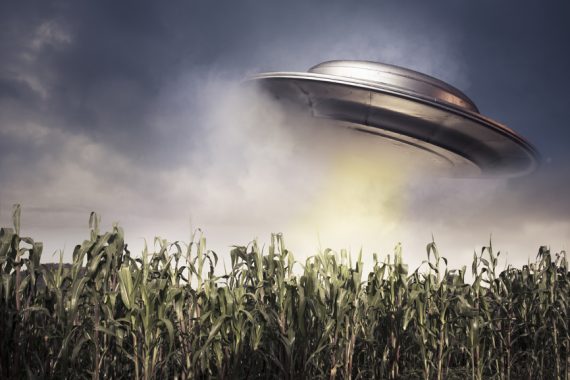 Just a few days later, the man heard a knock at the door. Given that his home was in the middle of pretty much nowhere, he opened the door carefully and cautiously. And who can blame him? Stood before him was a “Gypsy lady” who was dressed in a gray dress that reached down to her ankles and who wore sandals. Her skin was noted for its deep, olive complexion, and her eyes were described as being “Oriental" in appearance. The rancher added that she stood around five feet and four inches, and had long hair that was “so black” it “looked dyed.”

In a near-whisper, the woman said to the slightly alarmed man: “I have traveled a long way. May I have a glass of water? I must take a pill.”

Baffled, the man decided it would be wise not to risk incurring her wrath and quickly fetched her a glass of water and watched as she swallowed a round, green-colored pill. She thanked him, turned, and walked away – which the man found very strange, given that he lived on a back-road, and walking to the nearest town would be an arduous task, to say the least.

John Keel said of this odd and disconcerting episode: “‘I have traveled a long way is an old Masonic pass phrase and is frequently used in these contacts.” He added: “The pill-taking ploy is also a common procedure. When a most peculiar being visited a family on Cope May, New Jersey, early in 1967, he also took a pill. He too had ‘traveled a long way,’ and after conducting an inane interview with the family, he stepped into the night, got into a black Cadillac, and drove off with the lights out.”

Anomalous Apes In The Movies