Not too long ago, our general conception of the ancient Maya culture was overtly romanticized. Whereas the Mexicas --a.k.a. the 'Aztecs' for y'all Mesoamerican N00bs-- have always been perceived as a race of blood-thirsty killers, obsessed with human sacrifice on an almost industrial scale (plunge knife/rip heart/toss body/repeat), the Mayas were thought of as a peace-loving culture of astronomers and mathematicians. Then, with the irruption of Erich von Däniken's seminal Chariots of the Gods?, they were further upgraded in the pop culture to Ancient Astronauts' protégés, and Pakal --the 'ahau' or ruler of the city-state of Palenque in the 7th century A.D.-- was promoted as the loinclothed version of Luke Skywalker, dashing with his speeder bike through the jungles of southern Mexico instead of the forest of Endor.

Archaeologists remained unfazed by von Däniken's speculations, and continued with their slow reconstruction of the Mayan past. The murals in Bonampak and other pieces of evidence literally painted a whole different picture about this oft-misunderstood civilization. The prevalent conception today is that the Mayas were just as war-mongering as the cultures which settled in the central area of Mexico --like the Teotihuacans, the Toltecs and later the Mexicas-- and they often went to battle among competing cities for military dominance and to secure prisoners for ritual sacrifice --yes, the Mayas performed those too; it is believed that the conquering Toltecs introduced the tradition of cutting off the beating heart out of a victim's chest as an offering to the gods, while recent fossilized discoveries by subaquatic archeologists show the Mayas were also fond of drowning victims inside the 'cenotes' or sacred wells to appease Chac, the god of rain.

Children were their favorite sacrifice to Chac. The younger the better... 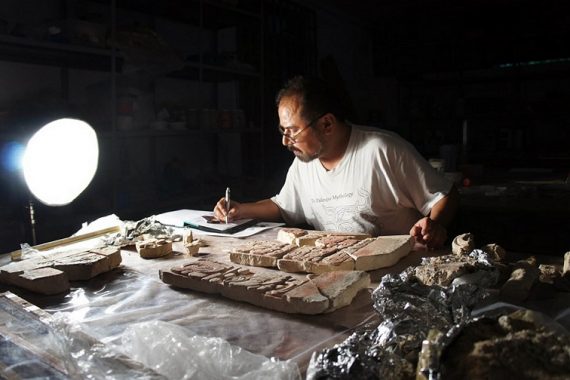 To further the evidence of the Mayas' war-loving nature, an academician from the National University of Mexico, Guillermo Bernal Romero (shown on the image above) has recently announced the decipherment of a glyph found in a stela describing king Pakal's funerary chamber --found in 1949 inside Palenque's Temple of the Inscriptions, just like an Egyptian tomb. According to the historian and philology expert, The "yej" symbol --the only one which remained to be deciphered in the stone inscription-- means "sharp", and in conjunction with the "te" glyph (yej te) forms the phrase "sharp lance". Thus the complete phrase the Mayas of Palenque used to refer to the tomb of their deceased ruler was:

"The House of the Nine Sharp Lances is the name of the tomb of K’inich Janaahb’ Pakal, sacred ruler of Palenque"

The 'nine lances' is a reference to the 9 warriors depicted in the walls of Pakal's tomb, which are meant to be a symbol of his military might. Bernal Romero's finding will help in the interpretation of other war-related Maya texts in which the glyph was also used.

What's interesting to me about this new discovery --aside from confirming how HBO could one day make a kick-ass Mesoamerican version of Game of Thrones out of the story of Pakal and his mother, the so-called Red Queen-- is that Bernal Romero's Aha! moment came when he compared the yej glyph with the molar tooth of a jaguar, which to the Mayas was a sacred animal of paramount totemic importance, and realized they looked strikingly similar.

This reminded of the MU episode of June 6th in which Ben and Aaron discussed the difficulties of conveying a semiotic message across different cultures --in this case, trying to alert future generations to stay out from a deposit of radioactive material. Without a proper understanding of the context behind the intentionality of a given symbol --like the mythological significance of the jaguar in the Mayan pantheon-- its meaning is completely lost. This should be a cautionary tale to all of us, who are always all-too-eager to re-interpret ancient works of art using modern references. 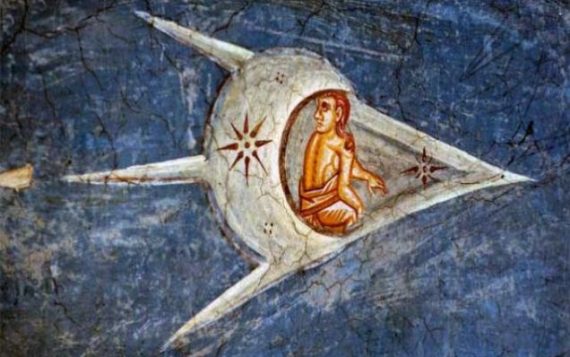 Does the Mayas' bellicose behavior negates an hypothetical influence from an exotic advanced civilization? Perhaps not necessarily. After all, we ourselves have attained a great deal of technological and scientific sophistication, and yet we still seem to have a long way to go before we can safely say we've managed to conquer our basic violent impulses.

And besides, our assumption that any interstellar civilization will ALWAYS be peaceful is only that --an assumption. Who's to say the Mayas and their neighbors were not visited and coached by entities who shared their love for battle. 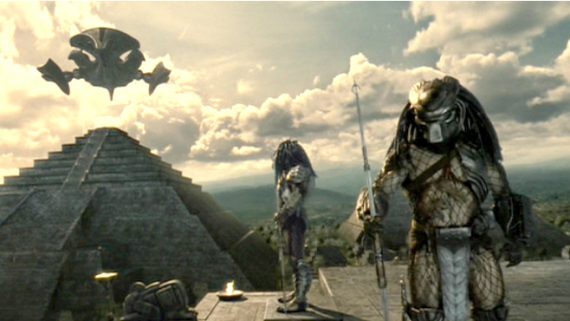