Why We Won’t Get UFO Disclosure

This past weekend I spoke (on the Men in Black controversy) at the annual MUFON Ohio conference, along with James Fox on the topic of UFOs and the media, and Terry Ray who spoke on the subject of mysterious orbs. At the end of the gig, a couple of people approached me on the matter of "UFO disclosure" and asked me for my thoughts on the controversy.

The disclosure issue continued to be debated after the conference was over and everyone was hanging out and having a good time. There is, clearly, a great deal of frustration in Ufology about the lack of disclosure on the part of whoever may be sitting on sensational, controversial, secret data on UFOs. For the record - and as I noted at the conference - I don't think, at all, that the U.S. Government is hiding the data.

Far more likely, in my opinion, the entire issue is overseen by some deeply-buried, black-budgeted body that is answerable to no-one. And, based on more than a few things, I think it's highly likely that the overwhelming majority of people in government, the military, and the intelligence community know absolutely zero about it.

Whatever your or my thoughts on the matter, and despite years of demands that "the government tells us what they know," the fact is the disclosure movement has not got anywhere. The only thing that has been achieved is a 100 percent failure to deliver. And that's nothing to be proud of. Inevitably, this provokes people in the disclosure movement to scream and shout even more and insist that we are told the truth. But, there's another aspect to this which we should not forget.

Non-disclosure is not just the approach taken by whatever this "shadow agency" really is. It's also the approach taken by the intelligences behind the UFO phenomenon itself. Time and again I have heard accounts to the effect that "the aliens are here to help us." Well, maybe they are alien and maybe they are here to help us. But, on the other hand, where's the evidence?

I get sick and tired of the "love and light" brigade (in their brightly-colored robes and hippie sandals, and with their crappy New Age names) telling us that, instead of openly showing themselves to us, benevolent aliens are working wonders behind the scenes to make a better world for us. Really? Again, where's the evidence? The fact is, the world is in a terrible state and things are not getting any better. 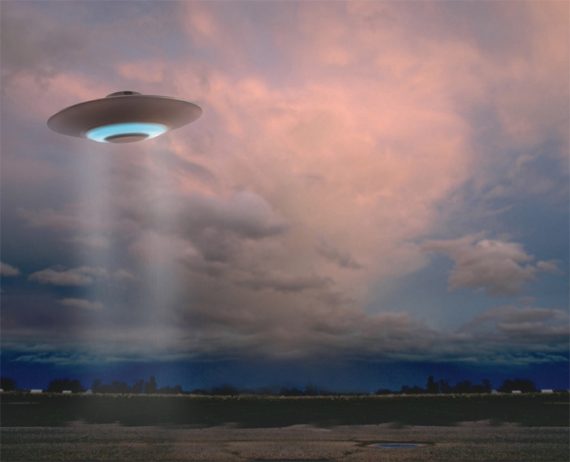 Pretty much everyone in Ufology knows that well-worn question: why don't aliens land on the White House lawn and do a bit of disclosing themselves? Some might consider it a logical question, but I think it's an absolutely pointless question, for one specific reason. There is nothing in the history of the UFO phenomenon that suggests such a possibility has ever been on the cards. That imagery, of aliens landing in gleaming ships and speaking to the president and the people, is ours. Not theirs. It's right out of popular-culture, the world of sci-fi, and our own assumptions concerning how real ETs might act.

If the UFO phenomenon is not just alien, but really alien - as in near-incomprehensible - then there is no reason to think or assume that their thought processes, goals or approaches to communication, would mirror our own. It's like those ridiculous stories of President Dwight D. Eisenhower, in the 1950s, signing a treaty with aliens to allow them to do what they want on our planet, in return for our access to ET technology.

What a pile of crap! Does anyone really think that an all-powerful race of beings from some faraway solar-system/galaxy would even, or ever, need to enter a pact to achieve its goals? Of course not! They would do whatever the hell they wanted to do, and we would have no means at all to stop them or influence them.

So, what we actually have - instead of treaties, landings in front of the president, and disclosure - is a phenomenon that is so appropriately alien it follows a path that is practically unfathomable to us, and which I will come to in the next paragraph. There are - in my view - two reasons why we don't have, and won't have, UFO disclosure.

It's clear that whatever is behind the UFO phenomenon (extraterrestrials, inter-dimensional entities, cryptoterrestrials, or something completely beyond our present understanding), it takes a decidedly unique approach to its contact with the Human Race. There is no The Day The Earth Stood Still-style agenda for the others. Their approach is to interact with people, to an astonishingly intimate degree, on an individual level.

Close encounters of a deeply personal kind, endless synchronicities, and lives that in some cases are rapidly and radically changed overnight are staple parts of exposure to the UFO phenomenon.

Make no mistake, there is a real UFO phenomenon and there is a real agenda at work. But, it's an agenda that eludes us. And it's one in which a worldwide revealing of the nature and intent of the UFO intelligences will not occur, because it's not meant to. Its stealthy approach of changing lives at an individual level will continue - just as it has since the days when the phenomenon manifested in the guises of gods, angels, demons, fairies, goblins and who knows what else.

Precisely what all of this achieves or is meant to achieve is, of course, a mystery. But, I see no sign of change on the horizon. People will continue to have remarkable, paradigm-shifting experiences on lonely stretches of road late at night, or while camping in the woods, or even in their own home in the dead of night. But ET ain't gonna sit down with the Prez over coffee and bagels.

As for why that aforementioned "shadow agency" won't disclose, it's all very simple. They know, and are petrified by the fact, that the UFO phenomenon has, as I noted above, the ability to potentially interact with each and every one us directly, at any given moment, and to alter our individual perceptions, mindsets, and entire futures. Not by aggressive warfare or worldwide disclosure, but by striding into our personal environment as they see fit. And they cannot be stopped.

Military agencies - all across the planet - are accustomed to dealing with potential enemies in ways they can understand. If the UFO phenomenon threatened to operate in an Independence Day/War of the Worlds-style, it would be worrying for those keeping the secrets, but at least they would understand the concepts of what they were dealing with. Knowing that there is something out there that is so alien, so profoundly baffling, and which - practically at the wave of a hand - can select each and every one of us and transform us, terrifies the keepers of the secret.

That's why disclosure won't occur: (A) the phenomenon operates in a fashion, and to an agenda, that doesn't require disclosure; and (B) the people whose job it is to keep all of this from us are, frankly, frightened to disclose what they know and suspect.

The UFO Disclosure movement needs a good, solid punch in the face to make it wake up and realize this is not just about trying to get "the government to tell us the truth." It's way, way more controversial than that. And I will be more than happy to deliver that punch. Or punches.