The Second World War brought forth death on a massive scale, planet-wide carnage, and the atomic bomb. It also brought forth a number of reports of savage man-beasts. Two stand-out cases came from the former Soviet Union, one in 1941 and the other in 1944. The source of the first account was a respected figure in the Medical Service arm of the Soviet Army: Lt. Col. V.S. Karapetyan. The location was, rather notably, not at all far from the Caucasus Mountains, from where numerous reports have surfaced of the somewhat Bigfoot-like Almasty.

For around twelve weeks, Karapetyan and his unit were stationed at Buynaksk, in the Republic of Dagestan, doing their utmost to lessen the alarming expansions across Europe by the Nazis. On one particular morning, and quite out of the blue, a Buynaksk-based police officer visited Karapetyan’s camp and shared with him some astonishing news.

High in the surrounding, cold peaks, a man had been captured by local villagers. This was not a normal man, however. Rather intriguingly, he was described as an espionage agent in “disguise.” It was a description that puzzled Karapetyan – at least, until he saw the man up close and personal, in an old barn, where he was being held, and then realized it was actually a very apt description. Karapetyan said:

“I can still see the creature as it stood before me, a male, naked and bare-footed. And it was doubtlessly a man, because its entire shape was human. The chest, back, and shoulders, however, were covered with shaggy hair of a dark brown color (it is noteworthy that all the local inhabitants had black hair). This fur of his was much like that of a bear, and 2 to 3 centimeters long. The fur was thinner and softer below the chest. His wrists were crude and sparsely covered with hair. 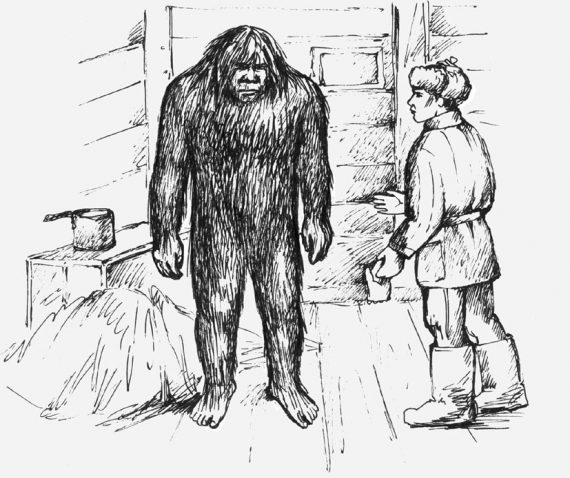 "The palms of his hands and soles of his feet were free of hair. But the hair on his head reached to his shoulders partly covering his forehead. The hair on his head, moreover, felt very rough to the hand. He had no beard or moustache, though his face was completely covered with a light growth of hair. The hair around his mouth was also short and sparse.

“The man stood absolutely straight with his arms hanging, and his height was above the average - about 180 cm. He stood before me like a giant, his mighty chest thrust forward. His fingers were thick, strong, and exceptionally large. On the whole, he was considerably bigger than any of the local inhabitants. His eyes told me nothing. They were dull and empty - the eyes of an animal. And he seemed to me like an animal and nothing more.

“As I learned, he had accepted no food or drink since he was caught. He had asked for nothing and said nothing. When kept in a warm room he sweated profusely. While I was there, some water and then some food (bread) was brought up to his mouth; and someone offered him a hand, but there was no reaction. I gave the verbal conclusion that this was no disguised person, but a wild man of some kind. Then I returned to my unit and never heard of him again.”

Only three years later, and as the Second World War continued to rage, yet another encounter with a Russian wild man occurred. By now, it may come as no surprise to learn that the location was the Caucasus Mountains. In this case, the source of the story was a police officer, Erjib Koshokoyev. As the resident of a small town in the mountainous area, it was Koshokoyev’s responsibility to ensure that there was no Nazi incursions in the area – something which he did a very good job of thwarting, by all accounts.

As part of his job, Koshokoyev led regular horseback-based sorties into the mountains: the last thing anyone needed were hordes of German troops overrunning the area. On a dark, autumn night in 1944, the unit of men was conducting its regular search of the area when, suddenly, one of the horses reared up – seemingly in terror – and threw its rider to the ground. Exactly why, became immediately obvious.

Standing in the shadows, and at a distance of around seventeen or eighteen feet, was a tall, human-like figure coated in reddish hair. For a few seconds, no-one moved, such was the terrifying nature of the situation. That is, until the creature suddenly broke into an astonishingly fast run and the band of men raced after it. 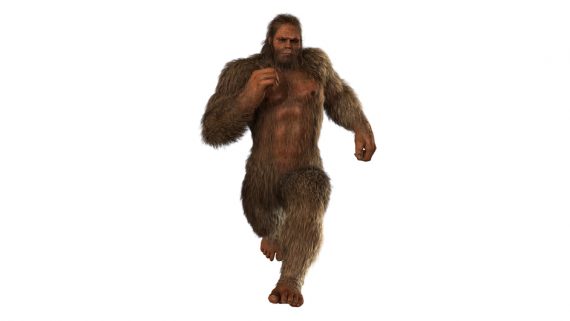 As the beast charged across the cold, dark landscape, it noticed an old shepherd’s hut and threw open the door and slammed it shut – an action that suggested a fair degree of intelligence on its part. To his credit, Koshokoyev quickly deduced that whatever the beast was, it should be taken alive. Koshokoyev was already thinking about having it transferred to a military-scientific detachment at Nalchik, which was the capital of the republic of Kabardino-Balkaria.

Certainly, the operation to snare the primitive man was not going to be an easy one, so Koshokoyev whispered to the group that they should approach slowly and carefully, and surround the hut, ensuring that the thing had no way to escape. Unfortunately, the plan didn’t go as Koshokoyev had hoped.

In some fashion, it appears the hairy man realized what was afoot and burst out of the hut, racing around it in wild and frantic fashion. Although terrified by the monstrous appearance, and horrific nature, of the beast, the men did their best to keep calm. That worked – at least, until the monster charged at them, which resulted in the group scattering like nine-pins. The man-monster vanished as it headed into a large, wooded ravine.

One final thing; a very strange thing: according to Koshokoyev, the animal was partially dressed in what resembled a torn and tattered kaftan. It was never seen again.

The Grinning Man in Black