A Hairy Hand of the Horrific Kind

Back in 2011, I wrote an article here at Mysterious Universe titled The Hairy Hands Horror. It begins as follows: "It was around the year 1910 that a weird and horrific saga began – on what is today the B3212 road, which can be found in the vicinity of the Dartmoor, England locales of Postbridge and Two Bridges. It became known as the mystery of the Hairy Hands. Somewhat disturbingly, a hairy, monstrous and unknown force would time and again violently lash out at unwary passing drivers, and which, in one case, reportedly even resulted in a tragic death for an unfortunate road-user."

The article continues: "In most of the cases, the victims of the frightening phenomenon reported seeing large, hairy, 'disembodied hands' manifest out of thin air, firmly grabbing the steering wheel of their vehicles – or the handle-bars of their bikes – and unsurprisingly striking complete terror into their hearts; something which invariably resulted in them being violently forced off the country road." (End of extract.)

Well, since writing the article on the hairiest hands in Devon, I have uncovered a somewhat similar account, this one originating in Wales. The location was Flintshire, and the time, the 19th century. According to the story, which was publicized by Elias Owen - the author of Welsh Folk-Lore: A Collection of the Folk-Tales and Legends of North Wales - the witness was a man named Richard Roberts, of Coederaill, Bylchau. Roberts had confided in the Reverend W. Jones - also of Bylchau - about what had occurred.

Instead of attending church on Sundays, Roberts got in the habit of roaming around the local fields near to where he lived. On one particular Sunday morning in the autumn, Roberts was out gathering nuts from bushes in a nearby wooded area. On reaching a bush that was weighed down with a mighty supply of nourishing nuts, Roberts reached out and was ready to grab a handful when, out of the blue, a hairy hand appeared, also reaching for the very same bush. 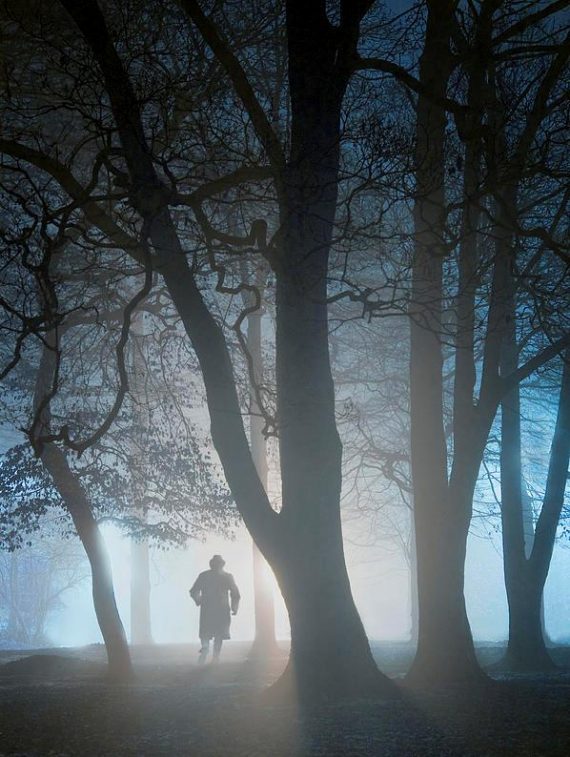 Utterly terrified out of his wits, Roberts fled the area at high speed, fearful that the hairy hand was that of none other than the Devil himself. Roberts got it into his head that the devilish manifestation was provoked by the fact that he, Roberts, had stopped attending church. Notably, Reverend Jones tried valiantly, but unsuccessfully, to convince Roberts that what he had encountered was nothing stranger than an out of place monkey. Needless to say, this is a most unlikely explanation, since it would be very difficult to explain away the presence of a wild monkey in Wales!

And, for what it's worth, that's the tale. Whether true, or a carefully concocted story to try and scare people into attending church, remains tantalizingly unknown. The parallels between this affair and the legends of the Hairy Hands of Dartmoor, however, are clear - despite some obvious differences. Chiefly, that in the Welsh case no-one was violently forced off a stretch of road. Nevertheless, the similarities are at least there.

I have also come across a couple of additional cases where specifically disembodied hairy hands have been seen (not by drivers or motorcyclists, I should stress, and not by people avoiding church, either). One is from the English county of Devon - which is the home of the far more famous Hairy Hands described at the beginning of this article. As for the other, it originates in the county of Norfolk, England. Interestingly, both of the cases date from the 1920s.

The tip of a much bigger, and largely overlooked, iceberg? I hope to be able to answer that question as the research progresses.