A Monster on the Glacier?

It is a fact that sightings of the Yetis of the Himalayas are far less prevalent than they were in decades long gone. And there’s no doubt that the 1920s was a period of a number of intriguing encounters. A perfect example of this is the story of N.A. Tombazi, a British photographer who also happened to be a Fellow of the Royal Geographic Society. It was while at a height of around 15,000 feet on the Zemu Glacier, and at a distance of around 600 to 900 feet, that Tombazi spied something profoundly weird on the slopes. He soon recorded his thoughts on this affair, which make for fascinating reading.

In Account of a photographic expedition to the southern glaciers of Kangchenjunga in the Sikkim Himalaya (self-published in 1925), Tombazi said: “The intense glare and brightness of the snow prevented me from seeing anything for the first few seconds, but I soon spotted the ‘object’ referred to, about two to three hundred yards away down the valley to the east of our camp. Unquestionably, the figure in outline was exactly like a human being, walking upright and stopping occasionally to uproot or pull at some dwarf rhododendron bushes. It showed up dark against the snow and, as far as I could make out, wore no clothes. Within the next minute or so it had moved into some thick scrub and was lost to view.” 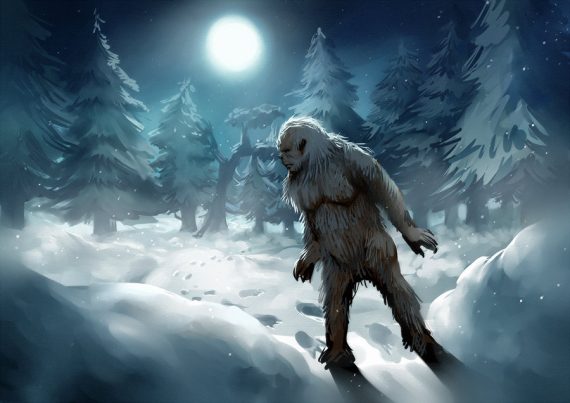 Unfortunately, as Tombazi admitted, the brief sighting of the beast did not give him the opportunity to focus his “telephoto camera” on it, something which would surely have offered a far more detailed study of the creature, had he been able to do so. Nevertheless, the encounter was not entirely over. A few hours later, and as Tombazi began his descent, he made a detour to where the creature was seen. Although he did not see the thing again, he did find its footrpints. Back to Tombazi:

“I examined the footprints which were clearly visible on the surface of the snow. They were similar in shape to those of a man, but only six to seven inches long by four inches wide at the broadest part of the foot. The marks of five distinct toes and of the instep were perfectly clear, but the trace of the heel was indistinct, and the little that could be seen of it appeared to narrow down to a point.” 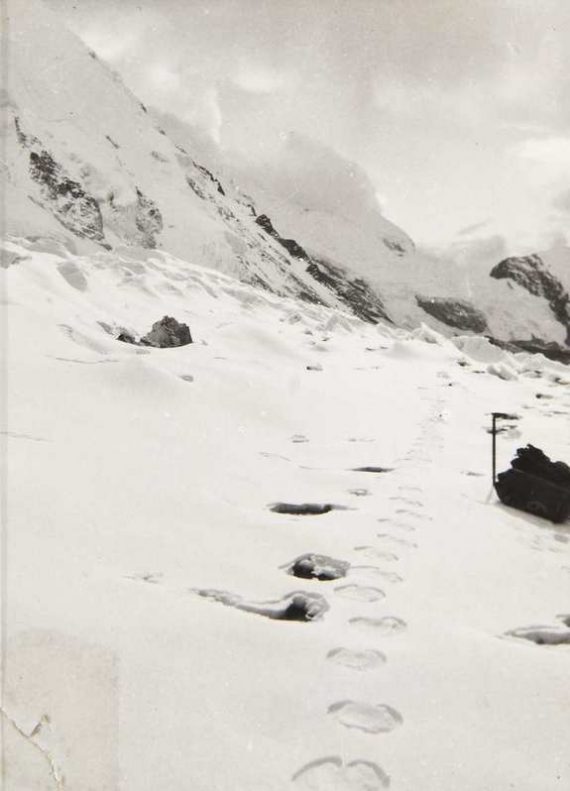 Tombazi continued with his description of the prints: “I counted fifteen such footprints at regular intervals ranging from one-and-a-half to two feet. The prints were undoubtedly of a biped, the order of the spoor having no characteristics whatever of any imaginable quadruped. Dense rhododendron scrub prevented any further investigations as to the direction of the footprints, and threatening weather compelled me to resume the march. From enquiries I made a few days later at Yoksun, on my return journey, I gathered that no man had gone in the direction of Jongri since the beginning of the year.”

John Napier, a noted authority on unknown apes, suggested that what Tombazi saw may have been a bear. Napier said of the tracks: “The dimensions and the indistinct narrow heel-print suggest as much.”

On the other hand, we need to keep in mind Tombazi’s very own words. Yes, bears can walk on their hind legs. Tombazi’s comments on what he saw, however, describe something very much unlike a bear: “…the figure in outline was exactly like a human being, walking upright...the prints were undoubtedly of a biped, the order of the spoor having no characteristics whatever of any imaginable quadruped.”

Whatever N.A. Tombazi really encountered all those years ago remains an enigma.