In the latter part of 2000 a Welshman named Matthew Williams was arrested by the British Police Force for causing criminal damage to a field in Wiltshire, England. He admitted creating - under cover of darkness - a highly elaborate Crop Circle of the type that many researchers of the phenomenon assert cannot be made by human hands. Well, yes, actually, they can. And they are.

Since then, Matt has been variously described as a Crop Circle hoaxer, an outright liar, a charlatan, and most absurd of all, a "government agent" dispensing disinformation, specifically to muddy the waters concerning who or what is responsible for the Crop Circle mystery. The real story is far stranger.

Matt does not consider himself to be a hoaxer of Crop Circles. Rather, he believes - as do more than a few people who create Crop Circles, but who are generally not willing to publicly admit it - that his actions are manipulated by some external, perhaps supernatural, intelligence. We're talking about the likes of channeling and even Contactee-like experiences. Indeed, Matt has seen strange, small, aerial balls of light, and has experienced missing time, in Crop Circles of his own creation. Or, of the entities that guided his mind and hands.

Although the story of Matt's arrest was big news when it broke in the UK, far more intriguing is a little known aspect of the story that deserves to be told. As well as being a player in the Crop Circle controversy, for much of the 1990s Matt focused his attention on a place called Royal Air Force Rudloe Manor. For years, the ufological rumor-mill suggested Wiltshire-based Rudloe was a British equivalent of the United States' legendary "Hangar 18." In other words, an alleged storage area for dead aliens and crashed UFOs.

Matt's studies got him into deep trouble with the British Police Force's Special Branch, who came to the odd - and completely incorrect - theory that Matt's research into Rudloe was a camouflage. A means, Special Branch thought, to collect data of a down to earth, military nature for hostile groups, such as the Irish Republican Army (IRA).

It was a Special Branch investigation that also involved another UFO researcher in the UK, Robin Cole. As with Matt, there were concerns as to why Robin was looking into connections between UFOs and sensitive, government installations. In Robin's case, it was chiefly the Government Communications Headquarters (GCHQ), which is the UK equivalent of the US' National Security Agency.

Less well know, however, is the fact that Matt was also friends with another Matt. His name: Matthew Bevan. If you aren't aware of it, Bevan was very much the 1990s equivalent of Gary McKinnon. That's to say, Bevan was someone who hacked NASA, Wright-Patterson Air Force Base, and a variety of other installations - all in pursuit of UFO secrets.

When, in 1996, Bevan was arrested by officers from the Computer Crimes Unit (now the National Cyber Crime Unit), the nation's media gave the case major coverage. Bevan was very lucky not to have been extradited to the United States. Ultimately, the case against Bevan was dropped and he walked free. But, it was this Williams-Cole-Bevan situation that led officialdom to do something decidedly intriguing when Matt Williams was arrested for the "crime" of making a Crop Circle.

As well as arresting Matt, the police confiscated his computers. The official reason for this was to see if there were any Crop Circle designs on Matt's hard-drives that matched the designs of other Crop Circles found in Wiltshire - in addition to the one that got him in hot-water with the authorities. So, the story went, if such additional designs were discovered, and they corresponded to other formations found locally in nearby fields, the authorities would charge Matt with making those, too. In other words, more and more charges of criminal damage. Fortunately for Matt, no such additional designs were found on his systems.

But, that aspect of the story was somewhat distorted and incomplete. In fact, it was a cover story. When Matt's computers were confiscated by the local police they were actually handed over to the Computer Crimes Unit - the very people who arrested Matthew Bevan back in 1996. For years, the authorities had been concerned by Matt Williams' activities in relation to Rudloe Manor, to the extent that he was the subject of significant surveillance - some of the files on which have now been declassified. Others still remain classified to this day. 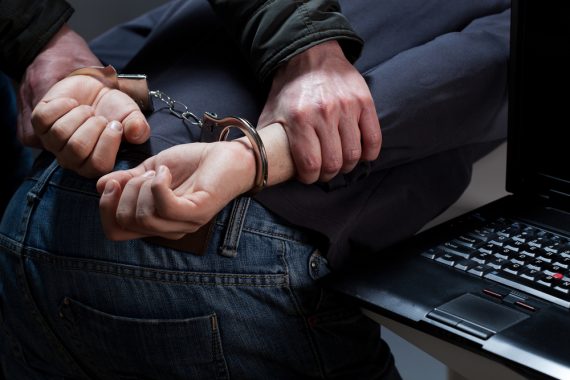 But, when Matt was arrested in 2000 for flattening someone's crop and turning it into a fine and impressive work of art, this was a dream come true for the authorities. It was the perfect situation, and excuse, that allowed the police to get their hands on Matt's computers and see what he was up to. In reality, the authorities could not have cared less about Matt's Crop Circle designs. They were far more interested in checking out his hard-drives to see what he had on file on Rudloe Manor, and who - in addition to Robin Cole and Matthew Bevan - he was speaking to and liaising with and why.

Ultimately, Matt's computers were returned to him, intact. They contained nothing untoward, suspicious, or incriminating at all. No further action was taken against Matt; aside from a small fine he received for making his Crop Circle. Thus, a very strange affair involving a Crop Circle maker (Williams), a sleuthing UFO researcher (Cole), a computer-hacker (Bevan), the IRA, Special Branch, the Computer Crimes Unit, and a military facility with "Hangar 18"-style rumors attached to it, came to an end. Sometimes, truth really is stranger than fiction.

Roswell: Life or Death After the Slides Fiasco