Megalania – A Monster Still Among Us?

Is it feasible that the subtropical rainforests of Australia are home to gigantic, marauding lizards of twenty to thirty feet in length? Could such Jurassic Park-like beasts really remain hidden, undetected, and free to rampage around in near-unstoppable fashion? Just maybe, the answer is "yes."

As for the creature itself, it’s not something created out of the minds of the fantasy-driven and the deluded. Thousands of years ago, Australia really was home to such immense beasts. Do they still live, despite the fact that they have been declared completely and utterly extinct?

The creature in question went by the name of Megalania prisca, a huge, vicious monitor lizard that roamed Australia at least as late as 40,000 years ago. It got its name thanks to one Richard Owen, a paleontologist of the 1800s. He was the man who has gone down in history as coining the term "Dinosauria," or, “terrible reptile.” As for Megalania prisca, it very appropriately translates to “ancient giant butcher," and/or "ancient great roamer."

Many might consider it utterly absurd to believe that significant numbers of thirty-foot-long monster-lizards could exist in stealth, in the wilds of Australia, and not be found, captured or killed. But, let’s take a look at what we know of this undeniably controversial saga. For years, reports have surfaced out of Australia of such creatures.

Weird Australia notes that sightings of massive lizards in Australia were recorded in both the latter part of the 19th century and the early decades of the 20th century. Some of the old reports cited by Weird Australia sound very much like surviving examples of Megalania. 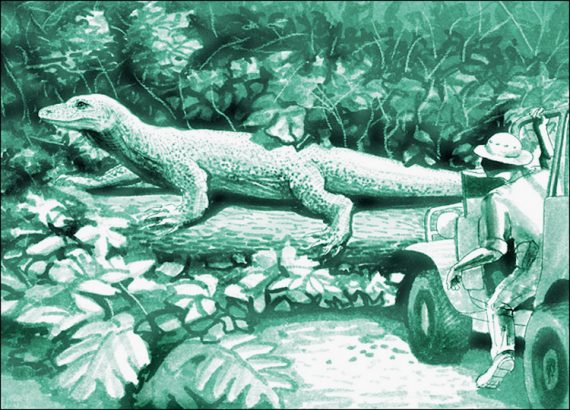 Aaron Justice, in an article titled "Megalania Prisca: Dragon of the Australian Outback," notes: "Megalania might not be constrained only to Australia - some sightings suggest it may live in New Guinea. A French priest in the 1960's was traveling up river with a native guide in order to reach his mission. During the trip he spotted a large lizard lying on a fallen tree in the sun."

Cryptozoologist Rex Gilroy, has been able to put together a dossier of such accounts. One, in particular, is well worth noting. Gilroy, during the course of his investigations into claims that Megalania prisca still lives, had the good fortune to meet with a soldier named Steve, who told Gilroy a fascinating and terrifying story.

It was in late 1968 that Steve, serving in the Australian military at the time, was taking part in an exercise in Queensland – specifically on what was termed the Normanby Range. One part of the exercise required Steve’s unit to negotiate a particularly treacherous and dense swampy area. 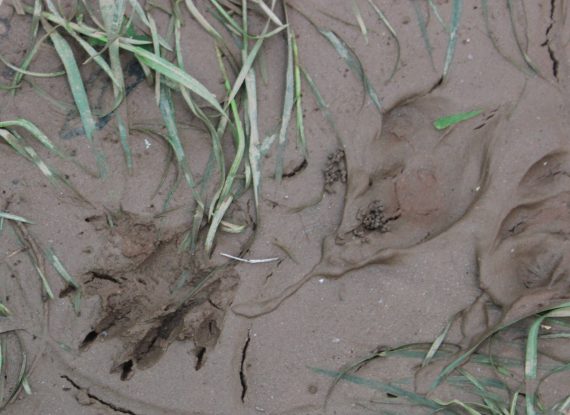 As the team did so, they came upon something highly disturbing: the viciously ripped to pieces body of a cow. Not only that, something had dragged the cow for a considerable time, before savagely eating huge chunks out of the unfortunate animal. More significant, lizard-like prints were found in the muddy ground – all of which were close to two feet in length.

As amazing as Steve’s story was, and still is, it may very well have been nothing less than a close and highly hazardous encounter with a marauding monster that science and zoology assure us became extinct tens of thousands of years ago – but which, against all the odds, might still be with us. Remember that, if you ever choose to take a trek through the subtropical terrain of Australia.

It's something I would do well to remember too, since if there was one expedition - above all others - I could go on, it would be a quest to seek out the truth of Megalania prisca and the accompanying rumors of survival, once and for all. If it happens, I'll hopefully live to tell the tale.