Will we ever learn to stop messing with animals? This week we have stories about an experiment to create a hive of monkey brains, squirrels that are killing their breeders and the dire consequences of kissing chickens. Wait, what?

According to Scientific Reports, researchers led by neurobiologist Miguel Nicolelis created a brain-to-brain network (think Borg) by implanting electrodes in rhesus macaque brains, then linking three of them to a computer displaying a CG monkey arm. The brains worked together to figure out how to move the arm to get a juice reward. They also tried this with four rats and the rat brain collective passed information around and did better on tests than individual rats. The researchers claim this could eventually help humans who suffer strokes relearn motor skills or allow scientists to share brainpower on tough problems. Sounds great … hope they remembered to disconnect those rats before they figured out we’re the ones putting out the traps.

The New England Journal of Medicine reports that three German squirrel breeders (have you counted squirrels lately - do they really need our help?) all mysteriously died from an unusual brain inflammation while trying to breed variegated squirrels from Central America, most likely for pets. Turns out the squirrels passed on – probably by bites or scratches – a new type of obviously fatal bornavirus found in rodents, horses and sheep. Variegated squirrels are rare in Europe so officials are trying to keep backyard squirrel feeders from panicking. There’s no word on what Central Americans are doing.

If you’re one of those people who fantasizes about kissing a chicken (you know who you are), you may want to think twice (or more). According to a report from the Centers for Disease Control and Prevention, nearly 200 people across 40 states in the U.S. have recently contracted salmonella (and the associated diarrhea, fever and abdominal cramps) by kissing their pet chickens on their beaks. Before you decide to change your online dating service profile, that includes kissing ducks and other forms of poultry too.

You know, maybe the Pet Rock wasn’t such a bad idea after all. 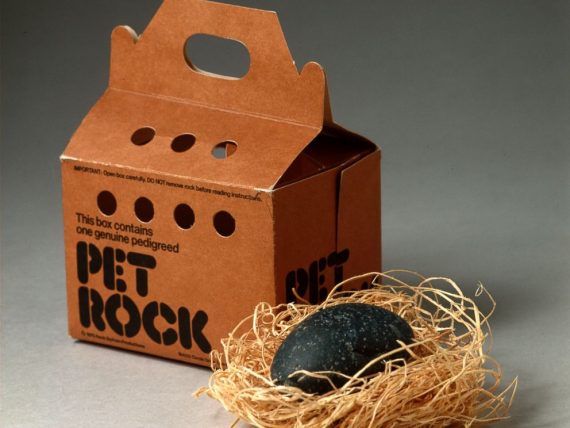