In recent weeks, reports of night time "mystery booms" have persisted across parts of New Zealand, with Whanganui being the latest location to receive the strange rumblings.

At around 10:15 PM local time on Wednesday evening, many locals reported hearing a loud, thundering "boom" which caused some residents to feel their homes shaking. John Ristau, an area seismologist, also told the New Zealand Herald that minor seismic readings above background levels were reported at that time. A small earthquake was considered unlikely as a source, however.

Located on the western coast of New Zealand's North Island, Whanganui's climate is mostly temperate, and weather conditions around the time the boom occurred saw temperatures in the middle 50s.

However, the western coastal town has not been the only location where such noises have been reported. In previous weeks, Auckland and surrounding areas have been home to a rash of similar reports, which generally occur at night between 10 and 11 PM.

Theories about the causes behind the noises were initially ruled out as being the result of fireworks, for which spent shells were located in a cemetery near Hillsborough. In subsequent weeks, however, more of the booms began to shake areas nearby, including Onehunga, where some residents speculated that the Central Receptor Project carried out by Watercare may have been the cause.

A spokesman with Watercare released a statement that drilling work associated with the project had not been the cause of any loud noises, however.

One resident near Auckland described her confusion about the cause of the noises:

“We here in New Zealand have also been experiencing “BOOMS!!!”, especially around the Auckland area. Many of us have asked around but no one seems to be telling us anything! If anyone could fill in the missing pieces and let us know, that would be brilliant.”

While the source of the noises remains undetermined, there are numerous possible trends that have begun to emerge about them. Not only do the noises generally tend to occur in the evening between 10 and 11 PM, but the booms also tend to occur around coastal areas, which matches similar waves of mystery booms that have occurred in the United States, mostly near coastlines or large bodies of water. 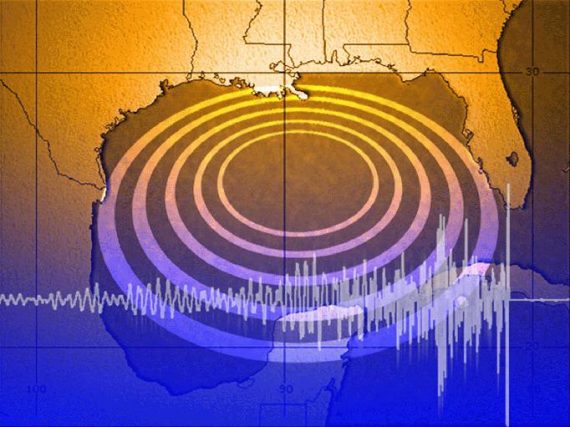 During the late 1970s, a rash of reports of unexplained booms along the eastern United States were believed to have resulted from flight of supersonic Concorde jets off the mainland. Sonic booms the aircraft produced were then carried inland as a result of unusual meteorological conditions, as proposed by Jeremy Stone of the Federation of American Scientists.

However, some disputed the idea that sonic booms from aircraft could account for all the reported incidents, with many still favoring a geological or atmospheric explanation.

Similar waves of mystery booms have also occurred in California in the 1990s, which were investigated by Joseph E. Cates and Bradford Sturtevant of Caltech in their paper, “Seismic detection of sonic booms", which proposed a similar theory regarding supersonic aircraft.

Despite the popularity of the "sonic boom" theory, many have noted that reports of similar noises have been recorded since long before such aircraft were in use. During their historic trek across America in 1805, explorers Lewis and Clark reported hearing "unexplainable artillery" which Lewis, being of scientific mind, speculated had some natural origin:

"[We] repeatedly witnessed a noise which proceeds from a direction a little to the N. of West as loud and resembling precisely the discharge of a piece of ordinance of 6 pounds at the distance of three miles. I was informed of it by the men several times before I paid any attention to it, thinking it was thunder most probably which they had mistaken. At length, walking in the plains the other day I heard this noise very distinctly. It was perfectly calm, clear, and not a cloud to be seen."

Lewis was perplexed by the noises. "I am at a loss to account for this phenomenon," he recorded in his journals. "I have no doubt but if I had leisure (sic) I could find from whence it issued."

Meanwhile, on the fringe end of things, popular conspiracy theories (to employ the conventional category name for such ideas, rather than to belittle them) have also been attributed as possible causes, as one commenter had recently submitted:

“These sounds are most probably due to “geo-engineering”, aka “Chemtrails”. The HAARP project uses those lattice shaped streaks of coal ash in the sky (containing heavy metals) so as to bounce radio-waves off of them to change weather patterns. Unfortunately, this is what’s been causing toxic chemicals to accumulate in the soil, slowly killing off agriculture. Russia is now at war with the US in the Ukraine to try and prevent the poisoning of the Russian food supply there. See the reference to the closed door meeting with Obama where Putin said “this is war”. It’s just a real shame that the mainstream media hardly ever reports these developments.”

Such theories, of course, do no better to explain the broader history of the phenomenon than supposing that they are the sonic booms of aircraft. 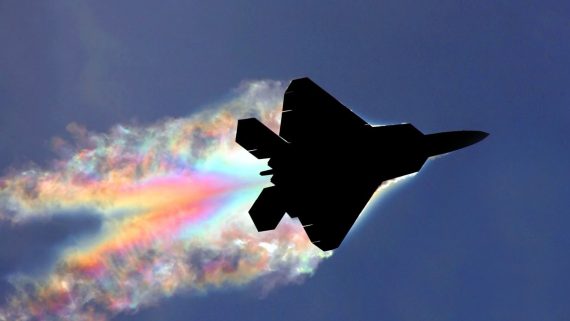 However, a recent theory proposed in relation to geological conditions present near the Red Sea may offer one solution to such noises. For centuries, Bedouin tribes have heard such noises, which in part had inspired the name of the region called Abu Dabbab, which translates to mean "The Father of Knocks." Scientists studying the origin of these noises believe they have determined their cause, as related in the June edition of the Seismological Society of America bulletin.

The researchers said the surface of the block slides along active parts of the fault, lubricated by water from the Red Sea that has penetrated the crust.

"We think the large and rigid block of igneous crust acts as a sort of broadcaster, allowing the full sounds of seismic movement to rise through the rock with little weakening of the acoustic signal," El Khrepy said. "The high-frequency sounds of earthquakes can then be heard by humans at the surface."

Given the right conditions, might some geological phenomenon similar to that which has been studied at the Red Sea account for similar booms heard elsewhere around the world? Furthermore, might it also lend a clue as to why the noises are frequently reported in coastal areas like North Carolina's Outer Banks, or near large bodies of water such as the Great Lakes and Lake Seneca, New York, where similar historic accounts of mystery booms and rumbling have long existed?