Bigfoot: it’s a controversy-filled word that is instantly recognizable to just about one and all. And, regardless of whether one is a true believer, an open-minded skeptic, a definitive non-believer, or a semi-interested observer of the controversy, pretty much everyone knows what the word implies and describes: a large, hair-covered, ape-style animal that is said to roam, and lurk within, the mysterious, forested wilds of the United States.

The number of people who claim to have seen a Bigfoot is, now, in the thousands. The beast has been the subject of big-bucks, hit movies. Today’s world of reality television loves the legendary monster – viewing figures make that abundantly clear. It occupies the minds and weekends of monster hunters and creature seekers everywhere, each and every one of them hoping to be the person who finally bags a Bigfoot and, as a result, goes down in history.

But, there’s more to Bigfoot than that. In fact, there’s far more. 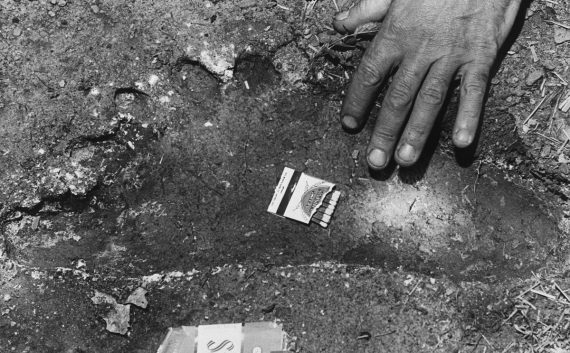 The term, “Bigfoot,” was created in 1958, when huge, apelike footprints were found in Del Norte County, California. We have a journalist named Andrew Genzoli, of the Humboldt Times, to thank for coming up with the famous, monstrous moniker. It’s a fact, however, that giant, lumbering, hair-covered, upright creatures have been encountered in the United States for centuries, and long before “the B word” was even a dim blip on anyone’s radar.

Ancient Native American lore tells of the legendary, and sometimes savage, beasts that were as feared as they were revered. Encounters with violent, so-called “wild men,” of thick woods and ice cold, frozen mountains, were regularly reported in the pages of 19th Century-era American newspapers.

Photographs and film-footage – of varying degrees of credibility and clarity – purport to show the elusive animals, in action, so to speak. Audio-recordings exist of the creatures’ eerie chatter and bone-chilling screaming. Startling witness accounts abound. There are whispers that elements of the U.S. Government have the bodies of several Bigfoot on ice, hidden at some Area 51-style, secret installation.

There are claims of a UFO link to Bigfoot. Theorists suggest the reason why we lack a body of a Bigfoot, and the reason for their near-mystifying, overwhelming elusiveness, is because the creatures are the denizens of a vast underworld; animals that spend most of their time living in dark caves and deep caverns, unknown to man, and which extend and spread out for miles underground.

Then, there is the matter of the other Bigfoot-like creatures. That’s right: while Bigfoot – also known as Sasquatch - is certainly America’s most famous unknown ape, it’s far from being a solitary monster. Florida is home to the Skunk Ape. Southern Arkansas has the Beast of Boggy Creek. Texas is the domain of the Lake Worth Monster. In fact, the creature has been seen in every single U.S. state – aside, reportedly, from Hawaii, which is not surprising, given that it is not connected to the mainland.

Bigfoot, and somewhat similar creatures, extends widely, and wildly, outside of the United States, too. Australia can boast of its own equivalent to Bigfoot. Its name is the Yowie. And, just like Bigfoot, the Yowie is a towering, hairy, man-like animal, one best avoided at all costs. In China there are reports of a similar creature, the Yeren. The Abominable Snowman – also known as the Yeti – forages on, and around, the vast Himalayas of Tibet. The cold, harsh landscape of Russia is the territory of the Almasty. Even the people of England and Scotland claim to have such legendary beasts in their midst. The names of the animals of the U.K. include the Big Grey Man, the Beast of Bolam, and the Man-Monkey.

Moving on, and demonstrating that there are very few places on the planet that do not appear to be home to cryptid apes and monkeys of very strange kinds, there is the Orang-pendek of Sumatra, India’s Mandeburung, the Kikomba of the Congo, Pakistan’s Bar-manu, the Hibagon of Japan, Cuba’s Guije, and the Mumulou of the Solomon Islands. And that’s just barely touching upon what amounts to a vast, monstrous menagerie of Bigfoot-like creatures seen across pretty much the entirety of the globe.

With all that said, it’s now time for me to introduce you to my new book on Bigfoot’s A to Z world. The Bigfoot Book: The Encyclopedia of Sasquatch, Yeti, and Cryptid Primates. It tells the story of Bigfoot in reality, in history, in folklore, in movies, TV and other forms of entertainment, in the domain of conspiracy theorizing, in the world of the supernatural, and, quite possibly, in the wild, dark woods of just about here, there, and everywhere.