Real-Life Creatures from the Black Lagoon?

Is it possible that Hollywood's Creature from the Black Lagoon has a real-life counterpart? Or, maybe, not exactly a counterpart, but something that is broadly similar? Just possibly, yes - as amazing as it might sound.

In the late 1980s and into the 1990s, more and more people, and predominantly women, reported alien abduction encounters of a kind very different to those involving the so-called, black-eyed, large-headed "Grays" of Ufology. In these cases, the experiencers reported abductions at the hands and claws of what one might consider to be the closest, real-life equivalents of the beast in the aforementioned movie of 1954, Creature from the Black Lagoon. 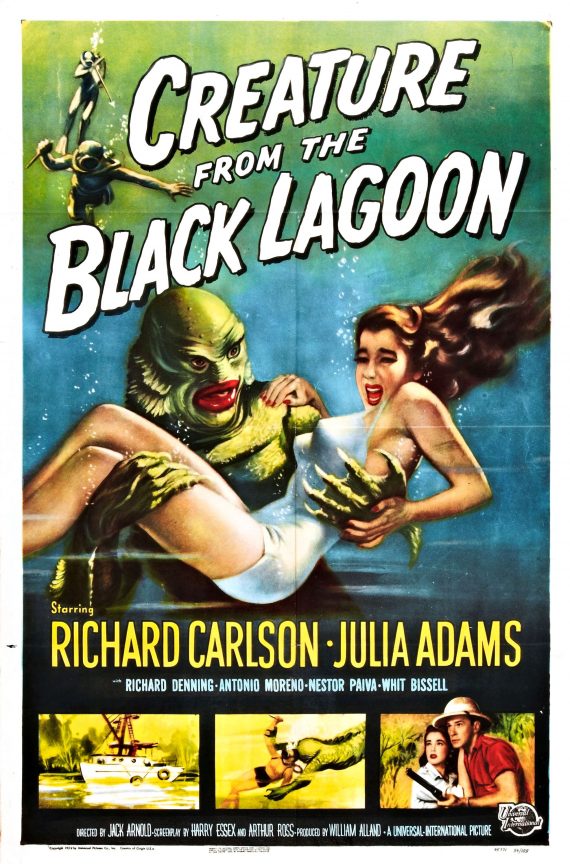 In "Abduction Notes," published in the April 1993 issue of the MUFON UFO Journal, John Carpenter said: “Typically, these reptilian creatures are reported to be about six to seven feet tall, upright, with lizard-like scales, greenish to brownish in color with claw-like, four-fingered webbed hands. Their faces are said to be a cross between a human and a snake, with a central ridge coming down from the top of the head to the snout. Adding to their serpent-like appearance are their eyes which have vertical slits in their pupils and golden irises”

Some referred to them as being dinosaur-like in appearance. But, the one term that really struck a chord – to the extent that it was soon adopted by both UFO researchers and conspiracy theorists alike – was Reptilians. Then there was the Lizard Man of South Carolina - who exploded onto the scene in 1988, and whose exploits are chronicled in the pages of Lyle Blackburn's excellent, 2013 book, Lizard Man: The True Story of the Bishopville Monster. Moving on, and as I noted in a recent article here at Mysterious Universe, we have the freaky "Frog-People" of Loveland, Ohio.

One breed of beast that may fall into this category, but which often fails to get the attention it deserves, is the Mountain Boomer of Texas. Ken Gerhard, cryptozoologist, good friend, and the author of Encounters with Flying Humanoids, says of the Mountain Boomer: "...the legendary Mountain Boomers of west Texas's Big Bend National Park are purported to be gigantic, bipedal lizards that greatly resemble certain types of dinosaurs."

Ken continues: "Their name is, apparently, a reference to the thunderous sounds these monsters make when they bellow out from the distant canyons. Many old-timers from the foothills claim to know someone who has stumbled upon these menacing creatures feasting on road-kill, although the original source of these stories is often difficult to pinpoint."

As Ken also notes, the Mountain Boomers are typically described as being around five to six feet in height, with green-brown skin, and small front limbs that resemble arms. Ken has also uncovered a report from Montgomery County, Texas, of "a tall, dark, upright," green-colored beast that stood around seven feet tall. 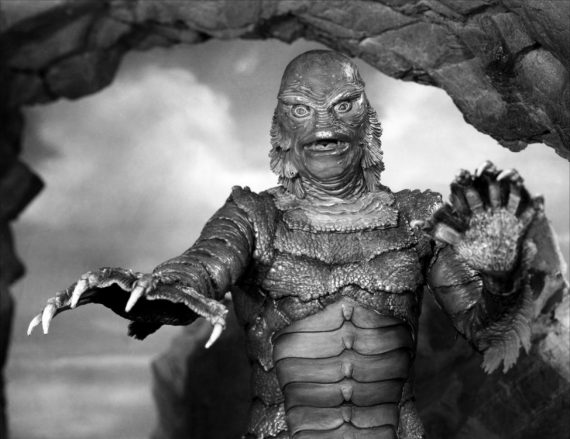 And, finally, we have the fascinating words of Creature from the Black Lagoon producer William Alland. He was interviewed in 1995, for Starlog magazine, by Tom Weaver (in an article titled "Producer from the Black Lagoon," and which Lyle Blackburn references in Lizard Man). Alland said that a famous Mexican cinematographer named Gabriel Figueroa told him of a half-human, half-fish-like animal that lived in the Amazon and which once a year "claims a maiden." Alland recognized that such a story could easily be translated into a big-screen format. And the rest of it, as is so often said, is history.

Is the Creature from the Black Lagoon just a piece of old, but classic, horror-fiction brought to life to thrill fans of fantasy-driven monsters? Or, might it be the case that the Texas Boomers, Lizard Man, the Frog-People of Ohio, and the beast that Gabriel Figueroa had heard about are, indeed, real-world versions of one of Hollywood's most famous monsters? It's a question well worth pondering on.

Fox, Sturgeon and Other Attacks Show Animals May Be Rising Up