Roswell: Life or Death After the Slides Fiasco

Well, more than two months have now passed since the Roswell Slides were unveiled in Mexico. Or, rather, since the slides of a dead, mummified child were unveiled, and the entire house of cards came quickly crashing down. But, I'm still being asked about the slides affair - and particularly so on radio shows - and Chris Knowles has a new article on the subject at his Secret Sun blog. So, there's still some life left in a discussion of the slides.

All this brings me to the subject of today's article: how will the slides impact upon the future of research into the Roswell affair? It's a question that's not easy to answer. My prediction, however, is that the impact will almost certainly be negative. Such was the extent to which we were told and assured that this was, finally, the proof we were waiting for, I suspect many will be highly suspicious of anything and everything that surfaces in the future on the "R Word." They won't just be suspicious; they will be skeptical too. And quite rightly.

The Roswell Slides are the equivalent of a pile of Friday night lager- and pizza-filled puke on the sidewalk. In other words, the slides leave us with a bad taste in our mouths, even though they initially promised much. And what do you do when you see such a steaming pile of vomit in front of your feet as you walk home? You avoid it, that's what. I suspect, however, that it won't just be the Roswell slides that will be avoided in the future: it will be Roswell, period. 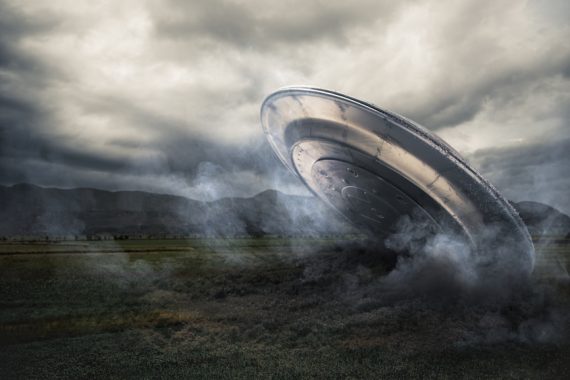 Here's the biggest downside: such was the overwhelming and justified disillusionment provoked by the slides, it's not impossible that if something genuinely important on Roswell does surface, it may be swept aside and relegated to the rubbish bin. And who can blame people for being skeptical in the future? No-one of a sensible mind, certainly.

I have often said that, in my opinion, there is indeed a huge cover-up concerning Roswell. I have also said that I don't think the truth will surface - ever - via the Freedom of Information Act or by government disclosure. Anyone who does believe that is living in a naive fantasy world and needs to wake up. What I do think, however - and what I have also consistently said - is that the truth of Roswell just might surface in a decidedly alternative fashion.

It's very ironic that, just perhaps, and in a scenario that mirrors the slides nonsense, some old-timer really might have something tucked away. A piece of debris. A photo. An old document from the 1940s. Or something else of relevance and which could blow the doors wide open on what really happened back in 1947. But, in light of the Roswell slides debacle, will such data be accepted? Possibly not. Might the slides affair actually dissuade such old-timers from coming forward, for fear of being labeled hoaxers? Maybe so, yes.

Then there's the matter of the key figures in the sorry saga of the slides. Two of them were Don Schmitt and Tom Carey, both of who appeared at the Mexico unveiling of "the-Roswell-slides-that-weren't." In February 2016, New Page Books will publish Carey and Schmitt's next book, titled The Children of Roswell: A Seven Decade Legacy of Fear, Intimidation, and Cover-Ups.

When the book comes out, it will be interesting to see the reaction of the UFO research community. Will people embrace it? Will they ignore it, specifically as a result of the fact that both authors were linked to the slides? Will the reviews of the book reflect the content, or will they reflect more upon the authors and the utterly disastrous event in Mexico in May 2015? Personally, I think it will be a combination of all these scenarios - and probably more, too.

Of only one thing I'm sure: the Roswell Slides nuttiness has damaged the investigation of the case to a significant degree. Maybe even to an irreparable degree. How that damage will continue to affect the quest for the truth of what happened on the Foster Ranch 68 years ago remains to be seen. But, I suspect we'll get a good indication when, or if, the next Roswell revelation surfaces.