Secretly Living Outside of Society

Back in 1993, Julian and Emma Orbach purchased a large piece of land in west Wales' Preseli Mountains. Ultimately, the then-soon-to-be camouflaged area became home to more than twenty like-minded people, all of who wished to live outside of the confines of what passes for society. They constructed grass-covered, wooden buildings, and became very much self-sufficient. In some respects, their story is not unlike that presented in M. Night Shyamalan's 2004 movie, The Village.

For all intents and purposes, they created a self-enclosed community, the existence of which very few, if indeed hardly any, had any inkling. That the secret village resembled something straight out of the Middle Ages or - as the media noted, when the story broke - Tolkein's The Lord of the Rings, only added to the engaging and near-magical nature of the area.

Astonishingly, the Orbachs, and the rest of their number, lived in blissful peace and stealth for no less than five years before anyone in authority even realized what was going on. In fact, the only reason why the story, and the facts behind it, ever surfaced was because, in 1998, a survey aircraft in the area happened to take aerial photographs of the village.

This was most unfortunate for one and all that called the place their home, as their cover was finally blown. The result: it wasn't long at all before tedious, humorless automatons of government descended on the colony, all determined to stick their meddling noses into the situation.

With no planning permission having ever been obtained for the village, the government was adamant that the buildings, along with each and every bit of the little, isolated locale, had to be destroyed. Or else. And, as a result, thus began a years-long campaign in which the unsmiling men in black suits sought to just follow orders, while those that called the Narnia-like area their home, fought to remain there, untouched and unspoiled by officialdom and the aggravating presence of the Nanny State. At one point, bulldozers were even brought onto the scene, ready and waiting for the cold-hearts of officialdom to give the green-light to flatten the eight buildings that comprised the secret village.

Fortunately, it did not come to that. Finally, in 2008 - which was a full decade after the existence of the village first became public knowledge, and fifteen years after the first steps to create it had been taken - the government caved in. It was a good day for the people of that little village. As it always is when citizens can publicly raise their middle finger to government and still come out on top. 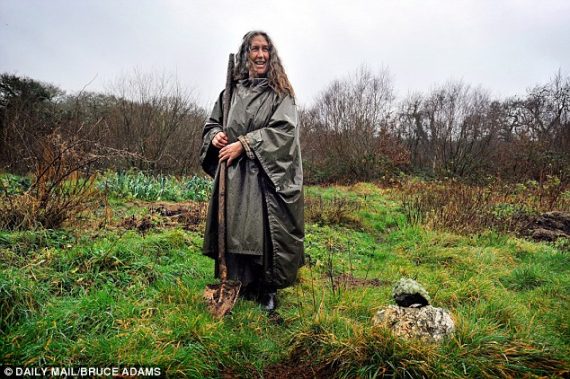 The situation was helped by the fact that, come 2008, the government of the day was far more mindful of green issues than in previous years. So, the minions of officialdom agreed that providing the villagers followed certain rules and regulations - and could demonstrate that they were improving the biodiversity of the area and conserving the surrounding woodland - they could remain intact and free of bureaucratic busybodies. Sometimes, sanity and commonsense actually do prevail, even within government, as amazing as such a thing might sound!

It's also notable that this near-unique colony managed to avoid detection, in the wilds of Wales, for half a decade. Wales is part of the United Kingdom (along with Scotland, England, and Northern Ireland), a sovereign state with a population in excess of 60 million people. And still they managed to hide under the radar. And I say good for them. In a world where personal privacy is going out the window by the day, it's always good to see someone doing something to counter Big Brother in a positive fashion.

“Be Careful What You Ask For”