Sometimes, and purely due to the passage of time, intriguing UFO-themed events and situations get lost and/or forgotten. A perfect example of this is the strange affair of David Wightman and John Pitt. Back in the 1950s, they were invited to visit the offices of the London, England-based Air Ministry to discuss the matter of how the government and the military addressed the UFO controversy.

David Wightman was the editor of a magazine titled Uranus. Given that Wightman had been carefully studying the response of the British military to UFO encounters, in April 1956 he penned a letter to the Air Ministry and requested a meeting to discuss the subject. Documentation that has surfaced under the terms of the Freedom of Information Act has shown that for the most part the Air Ministry and, later, the Ministry of Defense, had no love for those in the UFO research community and preferred to keep them at arm's length.

Wightman was, therefore, very pleasantly surprised when an Air Ministry official got back to him in quick time and invited him to speak with an official of the Ministry, on the subject of UFOs. For the purpose of the interview, Wightman arranged to meet a colleague, the aforementioned John Pitt, on the Air Ministry steps. This done, the pair proceeded into the building and were duly escorted up several floors to "the office."

Both men were greeted cordially, but ultimately learned little of substance. During the course of what turned out to be a two-hour-long interview, Wightman and Pitt raised a number of issues, including the highly significant 1954 UFO sighting of a British Royal Air Force pilot named James Salandin. On October 14, 1954, Salandin had a notable encounter while flying over Essex, England in a Gloster Meteor aircraft. Neither Wightman nor Pitt was impressed when the man from the ministry said he knew nothing of the case or of Salandin. 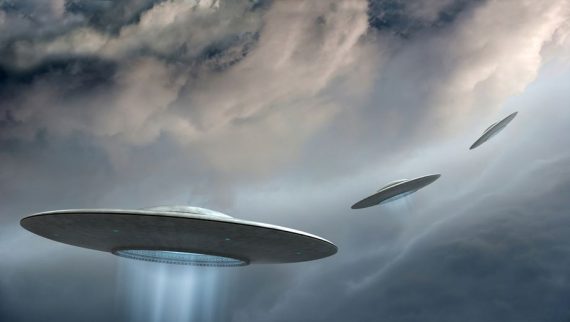 Wightman and Pitt were also informed that the Air Ministry did not liaise with other countries on the "saucer problem." This is simply not true. Thanks to FOIA provisions, we know that there was liaison, and particularly so during a September 1952 NATO exercise called Mainbrace - throughout which there were numerous UFO encounters. They were encounters that led British authorities to approach Pentagon staff for their thoughts on what was afoot.

The interview was not without its moments, however, as Wightman recalled in the pages of the June 1956 issue of Uranus. He wrote: "We tried two more sightings and the pattern changed somewhat. Answers we got, but we were told we mustn't repeat them let alone print the information we had been given. This was because the answers contained secret material. The quotation regarding the Official Secrets Act was duly recited and there the matter ended." 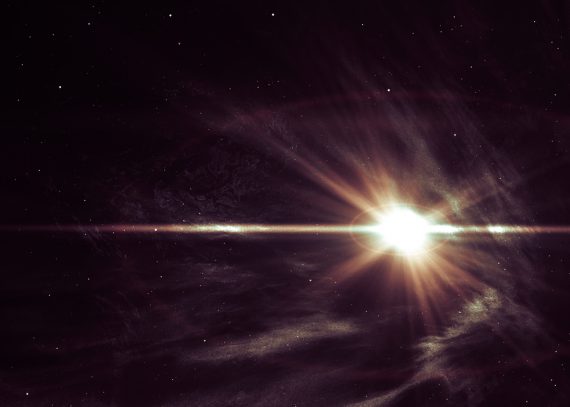 Six months later, Wightman decided to reveal further data gleaned during the course of the interview. The Air Ministry had apparently solved at least two incidents brought to its attention in 1955. One such incident occurred on March 24, 1955, when a brightly lit object was seen in the skies of Britain by numerous people, including a number of RAF pilots. The official verdict was that the "object" was a meteor. That may very well have been the case; however, there is an issue with the story of how such a conclusion was reached.

Wightman and Pitt were told that Air Ministry staff consulted with personnel from the Greenwich Observatory and it was they who confirmed the meteor explanation. Not entirely satisfied, Wightman approached Greenwich himself. He got a written reply that was at extreme odds with the Air Ministry's position. The letter from Greenwich read: "We had some enquiries at the time concerning an apparition in March of last year, but we were not able to comment or confirm as no observations of the object were made here."

The second incident was that which became known as the "Skymaster encounter." In May 1955, a cigar-shaped UFO, with a color that resembled polished aluminum, was sighted by the pilot of a Skymaster aircraft flying between Dusfold and Epsom. "It flashed past under the nose of our aircraft at a terrific speed," said Radio Officer J.O. Almeida.

"Oh yes, we did investigate this incident," Wightman and Pitt were told. "We are quite satisfied it was a long toy balloon."

What conclusion did the two researchers come to following the interview? "...little or no satisfaction was gained from a discussion which lasted over two hours - 'long toy balloons' and 'meteors' were the order of the day. The report, which did appear in this magazine was purposefully 'mild;' a much more critical write-up would have been a truer representation of both John Pitt's and your editor's reactions."

Mysterious Haze is Covering the Bright Lights of Ceres