At his UFO Conjecture(s) blog, Rich Reynolds has a very interesting recent article titled: "UFO sightings with creatures having octopus-like appendages." The title is, of course, self-explanatory. But it got me thinking about something similar: the significant number of UFO reports I have on file in which strange and out of place animals appear to play significant parts.

We'll start with a famous UFO abduction/contactee incident from 1980. It's an incident that occurred in the pre-dawn hours of a November morning, in the old English town of Todmorden, Yorkshire. The witness was a then-serving policeman, Alan Godfrey. His experience - of seeing a UFO-style craft on a stretch of road, of being taken on-board the craft, and of having interaction with various entities - is a complex one.

For our purposes, however, I'll focus on one specific angle. Since Godfrey did not have complete, clear recollection of what happened, he elected to undergo hypnotic regression, as a means to try and get the full picture. Of course, it's important to note that one has to be very careful when it comes to interpreting memories and imagery provided by someone in an altered state. But, that doesn't make Godfrey's account any less intriguing. 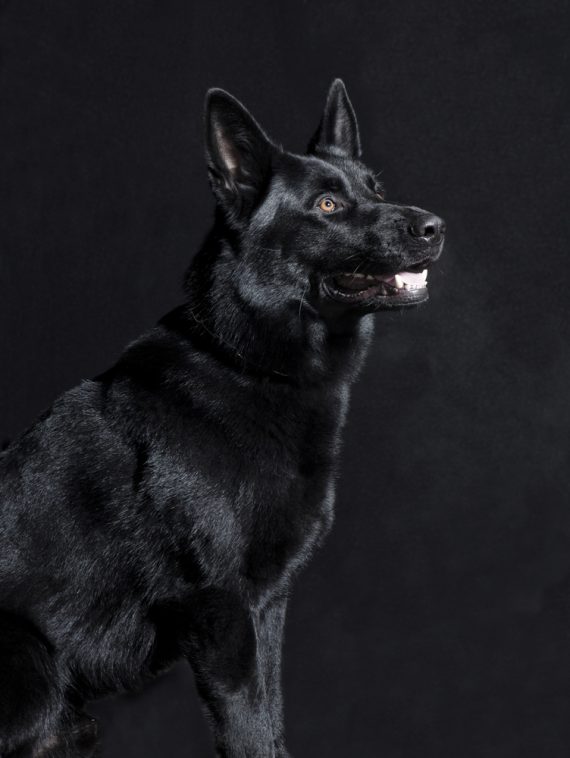 In his hypnotic state, Godfrey said that while he was on the UFO he saw nothing less than "a bloody dog." He was asked to expand on this. Godfrey replied: "Well, I think it's a dog. Horrible. Just looks like a dog. Like the size of an Alsatian [Note: Alsatian is British terminology for a German Shepherd]." He added that the dog "just stood there," and he noted that its color was black.

Moving on, and getting into really controversial areas, I have three cases on file that deal with sightings - by alien abductees - of so-called "Alien Big Cats" on-board UFOs. Yes, I can already see certain mainstream cryptozoologists clenching their fists and letting their blood-pressure soar out of control. Too bad. The UK, in particular, has a long history of sightings of Alien Big Cats, or ABCs. They are erroneously and often referred to as "black panthers." Most cryptozoologists suggest they are escapees from private zoos and enclosures. Or, perhaps, they may have been secretly released into the wild, when their owners could no longer handle them.

None of the above, however, explains why I have no less than three cases in my files - all from the English county of Devon, oddly - of "abductees" reporting seeing large and menacing ABCs on-board UFOs. And at the exact time the person is at the mercy of the black-eyed, dwarfish Grays of UFO lore.

Then there's the story provided to me by Lance Oliver, of the Texas-based Denton Area Paranormal Society (DAPS). It was in November 2010 that I lectured at the Denton-based Emily Fowler Library, on the subject of cryptids in the Lone Star State. During the Q&A session that followed the lecture, both I and the rest of the audience listened to a story from Lance that was, I believe, second or third-generation. So, yes, we are delving into near friend-of-a-friend territory. With that in mind, read on. 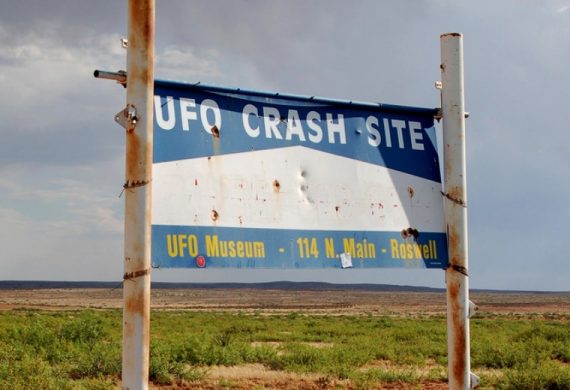 Lance's source told him that when military personnel were cleaning up the infamous Roswell, New Mexico "UFO crash site" in July 1947, the team involved also found something else on the Foster Ranch and among the wreckage. That "something else," we were told, was a pack of large, rat-like animals, that appeared to be very intelligent, that moved and acted in group-fashion, and that were highly vicious and very weird. And that was about it: a fragmentary story of truly strange proportions. Whether or not the story has even the merest grain of truth to it, or if it's just some odd folkloric tale, I have no idea at all. But, for what it's worth, that was the tale.

At the risk of giving a few cryptozoologists strokes or heart-attacks (or both), I should add that I have many reports of Bigfoot seen in the vicinity of UFOs - and in a couple of cases, even on-board UFOs. Take a deep breath, cryptozoologists, and play some soothing, relaxing music and you'll be OK. 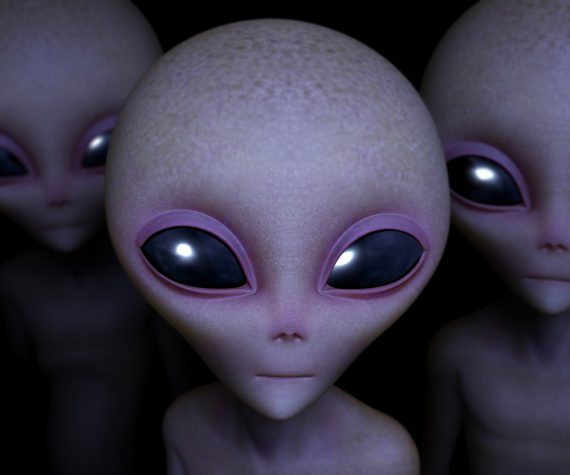 Quite possibly the creepiest story of all came from a Houston, Texas-based woman. She told me, back in 2002 or 2003, of her experience with the Grays in the winter of 1977. Her abduction story was very much like so many others that have become staple parts of Ufology. What set it apart, however, was when one of the Grays took out of a box and placed onto her stomach something that looked like a large spider, but with far more legs.

Like something out of a horror-movie it crawled up her body, onto her face, and inserted one its spindly legs into her right nostril. For a moment there was a flash of pain. Then, nothing. Except that the woman suddenly found herself back in her car that she had been abducted from, hours earlier.

I don't have to point out to anyone the sheer bizarre nature of these accounts. That's clear to see. Many will undoubtedly dismiss the reports as figments of the imagination, fantasies, the work of hoaxers, and the effects of hypnosis. I certainly have no way at all to prove otherwise. I do know, however, that I'm not the only researcher of strange phenomena who has more than a few reports of what we might call "alien animals" seen in UFO-based incidents. Whatever the truth, it's an under-appreciated aspect of Ufology, one which deserves more study - regardless of where it all may lead. Or may not lead.