There can be very few people who have not heard of its famous name. Many will be familiar with the extraordinary claims of what, allegedly, goes on there. It’s a place that is saturated in secrecy, and cloaked in conspiracy theories. According to many, it is home to Uncle Sam’s very own, highly classified collection of dead aliens, crashed UFOs, and extraterrestrial technology. Highly fortified, and guarded by personnel who have the right to use “deadly force” to protect its secrets, it is Area 51.

Area 51 – as a classified installation, as a piece of popular culture, and as a magnet for UFO sleuths – has been popularly known of since the late 1980s (when a man named Bob Lazar gave it a great deal of publicity). As far as the origins of Area 51 are concerned, however, they are less well known and date back to the height of the Second World War.

Just one year after the Japanese attack on Pearl Harbor, what was then known as the Indian Springs Air Force Auxiliary Field was created at the 4,409-foot-elevation Groom Lake, Nevada. Its remote location provided the perfect cover for the military to undertake practice bombing missions and the testing of new weaponry. Even though the facility was scarcely of the proportions that it is today, the seeds of deep secrecy and conspiracy were already being quietly sown. 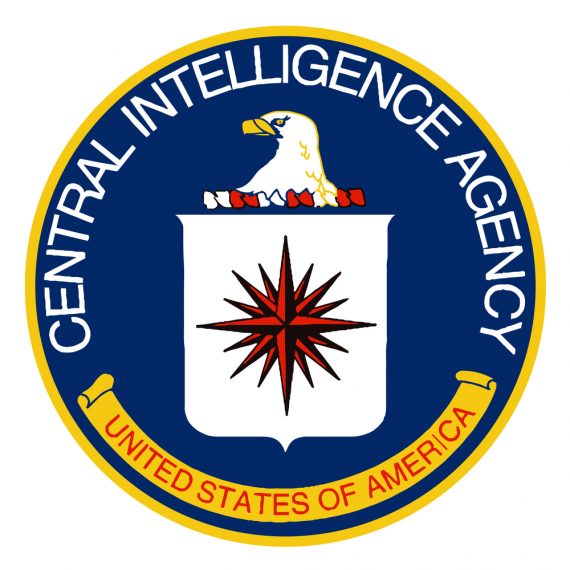 It may not be exactly jaw-dropping to learn that the definitive origins of Area 51 began with none other than the Central Intelligence Agency, the CIA. Although the CIA was established in 1947, it was not until the around the turn of the 1950s that serious consideration was given to constructing a secret, out of the way, well-protected installation from which highly classified research could be undertaken. Given the time-frame, the Cold War era of the 1950s, the U.S. Government knew that it had to take steps to ensure that, at the very least, a balance of power existed between the United States and the former Soviet Union.

Richard M. Bissell, Jr., was a CIA officer who, from 1961 to 1962, held down the job of first co-director of the super-secret National Reconnaissance Office (NRO), which operates much of the United States’ satellite-based surveillance technology. Back in the early 1950s, and before his NRO career began, Bissell astutely realized that there was a pressing need to keep careful watch on what the Soviets were doing. Specifically in terms of constructing new military bases, atomic facilities, and aircraft that might pose distinct, serious threats to the security of the United States.

So, a plan was initiated to develop a fleet of aircraft – reconnaissance planes designed to fly very fast and very high – that could secretly spy on the Soviets, by penetrating their airspace and securing high-resolution photography of what the Reds were up to. The aircraft was the Lockheed U-2 and the operation was codenamed Project Aquatone.

Obviously, secrecy was paramount and the definite name of the game. Since intelligence data had shown the Soviets had spies in place all across the United States, and even within seemingly secure military facilities and aircraft research centers, a decision was taken to have the project developed not at an existing plant or installation, but at an entirely new one, specifically built for the task. Richard M. Bissell, Jr., was the man who made it all happen.

The first thing that Bissell did was to make a careful study of a detailed map of the entire United States. He was specifically looking for somewhere out of the way, largely inaccessible, easily protected, and that would offer a panoramic view of the surrounding landscape – in the event that Communist spies attempted to engage in a bit of localized espionage.

One of those that Bissell approached was a man named Clarence “Kelly” Johnson, a brilliant aircraft engineer and designer, and the brains behind both the U-2 and the SR-71 Blackbird. He scouted out various places in the United States; eventually settling on one that he felt most fitted the bill that Bissell and the CIA were looking for.

In Johnson’s own words, regarding one particular scouting operation, he said of the site in question: “We flew over it and within thirty seconds, you knew that was the place. It was right by a dry lake. Man alive, we looked at that lake, and we all looked at each other. It was another Edwards, so we wheeled around, landed on that lake, taxied up to one end of it. It was a perfect natural landing field ... as smooth as a billiard table without anything being done to it.”

Johnson was, of course, talking about Groom Lake. Area 51 was about to be born.