Birds, Death, and the Afterlife

The first few months of 2010 were overshadowed by my mother's increasingly worsening state of health. She was, at the time, suffering from one of the most horrific and destructive conditions around: Alzheimer's Disease. Worse still, she had been diagnosed with it while she was only in her late fifties. Fourteen years after the diagnosis, my mom lost her fight with Alzheimer's, dying from its effects in the summer.

Just like almost everyone who has lost someone, my family and I mourned a passing and celebrated a life. There was, however, something very odd which occurred at the time of my mother's death. It's something I have never forgotten. On one particular morning, at my dad's place in England, we were sitting in the living-room when our conversation was briefly brought to a sudden end. By a loud, single thump. It clearly came from somewhere outside. 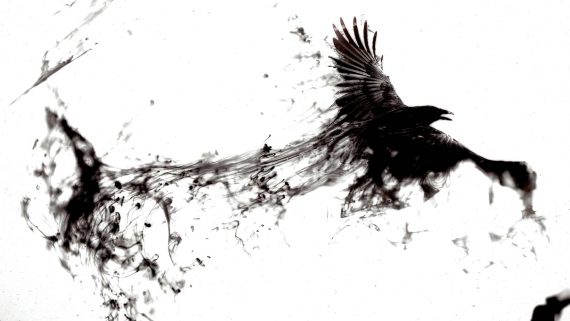 Puzzled, we took a look out back and found that a blackbird had slammed into the kitchen window and was lying on the ground. It had clearly been killed on impact. Then, the very next day, we drove to the nearby nursing-home which my mother had lived in since 2002. The purpose: to thank all of the staff for their help and care over the years. Right outside the main door to the facility was a dead, brightly-feathered, small bird. We literally had to lift our feet above it to get into the building.

About a week later we had my mom's funeral, and a few days after that it was time to fly back to the United States. Well, on getting home, what did I find, practically on the doorstep? Yep, another dead bird. And again, it was a brightly colored one. Of course, at some point in their lives pretty much everyone stumbles on a dead bird. But, three of them, across less than two weeks? And one at my dad's place in the U.K., one in Arlington, Texas, and one at my mother's care-home, all in the aftermath of her death? Could it have been an odd coincidence? Of course it could. Not everyone was quite so sure, however.

A good friend of mine, Raven Meindel, said of this odd state of affairs, after I got back home and told her of what had gone down: "Omens surrounding dead birds often vary according to what you find dead. A dead dove, for example, can mean marital strife and a need for change in the marriage. A dead songbird or other little birds of that type can mean a big change following sorrow or stress."

Raven continued, commenting specifically on the previous couple of weeks: "You've certainly had your share of stress recently, my dear friend. The find, if they are in fact signs rather than coincidence, could simply mean to take notice of the changes in life and that you may have to redirect or adjust things for a while or even permanently."

She added: "The blackbird slamming into the window seems to definitely have been a messenger, as they often are the messengers of souls crossing over, so that particular one seems to have the most significance of all of them, since it was at the time of (or shortly after) your mom's passing."

I don't dwell on that strange, brief situation in the summer of 2010, but I do think about it a couple of times a year. Coincidence? Synchronicity? A sign from somewhere else? I guess it all depends on one's own belief systems - or one's lack of belief systems - concerning things that suggest there is more to our world and our existence than we know. Perhaps more than we can know. Until it's our time.