We’ve heard the stories and rumors about parts from crashed UFOs being used by the military, scientists reverse-engineering alien spacecrafts to learn the technology and even aliens training them on their use. Now we finally have proof that the U.S. Air Force used a flying saucer to build one of its newest jets. What’s even more interesting … it was one of ours.

The jet is the F-35, or more specifically, the Lockheed Martin F-35B Lightning II – the short take-off and vertical landing (STOVL) version of the F-35, which was declared ready for deployment on July 31, 2015. During the design phase, the engineers determined that STOVL required a lifting fan. Rather than reinventing the wheel to build it, they decided to reinvent a flying saucer.

The flying saucer was the Avrocar, first developed by Avro Aircraft Canada in the early 1950s, taken over and funded by the U.S. Air Force in 1953 and ultimately cancelled in 1961. Based on secret design ideas from World War II Germany – specifically from Dr. Richard Mehta – the flying saucer was supposed to ascend vertically and fly at 2,300 miles per hour at an altitude of 80,000 feet. As it can be seen in the videos of what was actually built, the flying saucer barely got off the ground physically and never got off the ground as an Air Force war saucer.

Project Silverbug, the secret name of the Avrocar project, accomplished one thing – it proved that a central lift fan turbine made vertical take-off and landing doable. That design inspired the General Electric Ryan XV-5 Vertifan jet-powered STOVL experimental aircraft in the 1960s and the lifting fans used in the F-35B today. 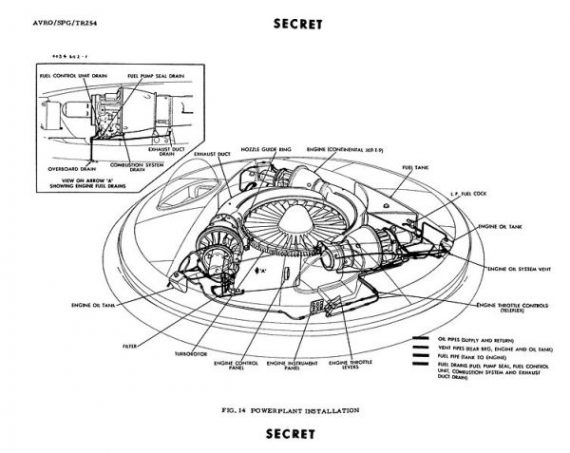 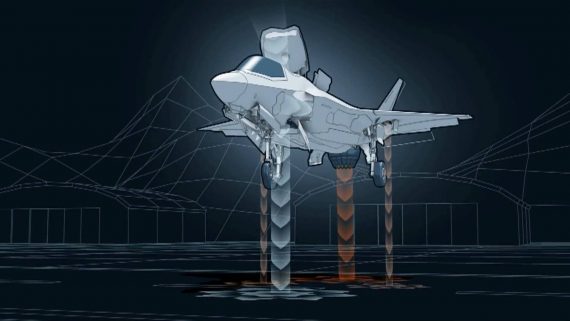 While the designs of the turbo lifters are similar, the price tags are not. The Avrocar ended up costing $10 million ($100 million in 2015 dollars) while the F-35B has reached $60 billion and counting.

The story of the Avrocar and its link to the F-35B is told in greater detail in a new report, “Avrocar: A Real Flying Saucer” by Desire Francine G. Fedrigo.

Is Technology Changing Our Cultural Attitudes Toward UFOs?