Footprints in the Sand: A Tale of Two Dinosaurs

Our story begins with two dinosaurs walking together along a beach...

This isn't an excerpt from a scene in the next of the Jurassic Park film series, nor is it the beginning of a joke told at the paleontology club dinner that's as dry as hard plaster in a fossil mold. This scenario actually describes the latest study depicting dinosaur behavior in ancient times, and may even suggest such things as aspects of the social environment that existed between them.

The Christian Science Monitor reported on Monday that two sets of fossilized dinosaur prints discovered recently in northern Germany display where a pair of carnivorous dinosaurs, one much larger than the other, walked together along a beach.

A leading theory about the set of prints suggests the smaller tracks, which indicate a quickening pace at various intervals, may have been the offspring of the larger dinosaur, as it trotted to keep along with its mother.

Loose sand along the beach was cited as a possible reason for skidding present among some of the tracks, as well as areas where the smaller dinosaur's footprints appear to have crossed over one another.

Biologist Pernille Troelsen, who contributed to the study, noted the differences between her examination from a biologist's perspective, rather than that of geologists at the site, which include ideas about the social behavior of these animals. The dinosaurs are believed to have belonged to the branch known as the Megalosaurus genus, first documented from fossil remains found in a limestone formation in the UK in the 17th century, which dated back to the middle Jurassic period.

However, the tracks discovered in northern Germany can't conclusively prove that the two animals strolled along this location at the same time. Tracks from other dinosaur species were also observed at the site, suggesting that the area was frequented by various species, and possibly over long periods.

Interestingly, the Megalosaurus were among the first (if not the very first) dinosaur species discussed in scientific literature. A portion of a fossil which belonged to the lower portion of one of the creature's femur bones was, at one time, erroneously regarded as possibly having belonged to an extinct race of giant humanoids; even though the species the bone belonged to was eventually correctly identified, comparisons made between its appearance and a particular portion of the male human anatomy helped it garner an unusual name, "Scrotum Humanum," for rather obvious reasons: 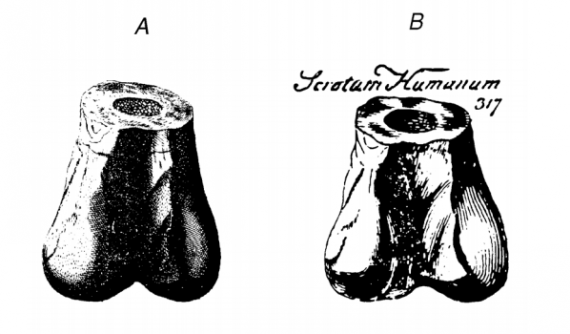 Illustrations such as these, despite the actual fossil specimen having disappeared, were considered to be concise enough that modern paleontologists still believe this fossil had belonged to a Megalosaurus, based on such nineteenth century artistic renderings.

If indeed two of the creatures, possibly a mother Megalosaurus and her young, had walked along the ancient sands of northern Germany, it does suggest social behavior among dinosaur species.

Which, in truth, could be likened very much to that of modern birds, among other species. 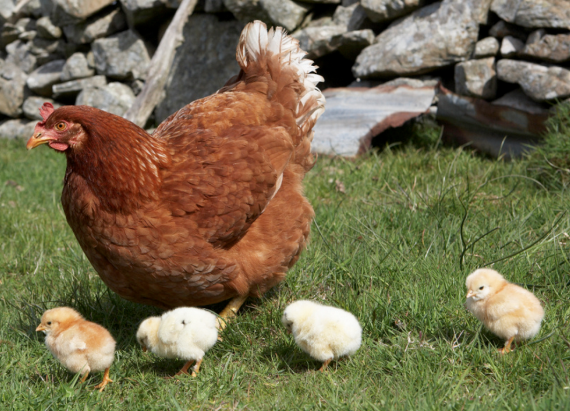