Is The MH370 Mystery Connected to Diego Garcia? Maybe Not.

With the events pertaining to the discovery of plane debris at Reunion Island in recent weeks, we've seen a lot of new speculation about the possible fate of Malaysia Airlines Flight 370 and its passengers.

Something we've also seen is the idea that the location of the debris, nearly 2500 miles from where the plane wreckage had been expected to be found, might bolster old ideas about a possible hijacking, and even a military response to the incident.

What we know, at present, is that debris confirmed to have belonged to a Boeing 777 was discovered on Reunion Island in the southwest Indian Ocean on July 29, 2015. Another possible discovery more recently involving debris found in Maldives is more likely to have belonged to a capsized barge, not MH370, at least according to the aforementioned ship's captain. As of early August, no further debris found at Reunion or elsewhere has been positively attributed to the missing plane. 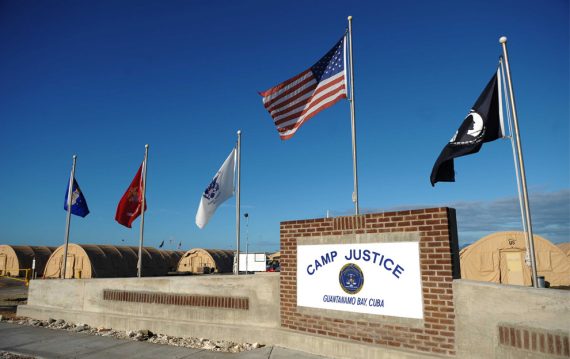 On a recent edition of my weekly podcast, I noted how many conspiracy theories involving the island of Diego Garcia had begun to surface again, since this island happens to be geographically relevant to the area where the plane is now believed to have gone down. The premise here involves a military base on the island, Camp Justice, which in response to knowledge of a possible hijacking may have taken action to prevent "a 9-11 style attack."

The discussion of this news item, reported in the Huffington Post and a variety of other media outlets, drew the attention of one of my listeners, who offered to send along a few of his feelings on the matter. Namely, he felt he could present a strong argument for why Diego Garcia was not involved, in any way, in the disappearance of MH370. Agreeing to provide further details, he requested only that his name be withheld, but shared a number of points I found to be worthy of consideration.

"I started visiting Diego Garcia beginning in the 1990’s," he told me via email. "At that time, the US Navy had a supply base, and the island was a deployment site for P-3 Orion’s. I visited the island many, many times spending as much as 6 months at a time there.  The last time I visited the island was 2003 just after the start of the second Gulf War.  It hadn’t changed much in the years except the Air Force had taken over much of the air operations the Navy used to have." 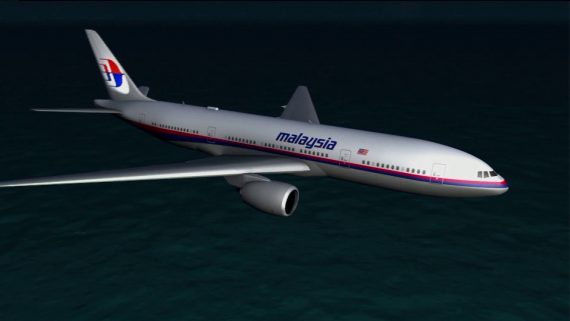 Based on time he spent there, my friend offered the following points with me which, he felt, made drawing any conclusions that involve Diego Garcia in the MH370 disappearance unlikely:

1. It has no offensive capability:  Yes, there is a 12,000ft runway, but there is no surface to air capability nor are there any kind of fighter interceptors based there.  If anything was sent to intercept and shoot the plane down it would have to come either from a foreign country, or an Aircraft carrier.  Even if there was an Aircraft Carrier in the area, there would be lots and lots of logistics involved in that.  Not near enough time to coordinate an operation like that.

3. No place to hide (cont.): The population at any one time could range from 2-3 thousand.  Both civilian and military.  There is no way a civilian 777 could land there without being noticed.  Not to mention this is a British territory. (British Indian Ocean Territory commonly referred to as BIOT)  They take customs and immigration VERY seriously.  I have traveled around the world many times and have been to too many different countries.  This is probably the most strict customs inspection point I have ever been through.  No way you could sneak something that BIG without coordination with the BIOT.  They may have snuck some terrorists in, but I’m sure there was some sort of diplomatic agreement made long before any terrorist set foot on the island.

"It really boils down to the same old thing," he told me. "Whether it’s Roswell or Flight 370, there is no way you could keep that kind of thing a secret from that many people. Someone will blab."

My friend didn't rule out the notion that the plane may have been hijacked, which is a theory many have looked as a distinct likelihood. Among the chief proponents of this theory, Jeff Wise, author of The Plane That Wasn't There has proposed an elaborate series of thoughts about how the plane could have been taken under control, and has voiced his suspicion that there could have been Russian involvement in the operation.

Coming back to my friend's perspectives on this, he noted during our correspondence that he is "relatively sure that the plane was being controlled by a pilot, Captain or first officer, or maybe a hijacker.  Whoever it was had to have detailed knowledge of the aircraft systems and international aircraft operations.  I believe the cabin crew and passengers were all killed before the aircraft ran out of fuel and ditched at a relatively flat attitude on impact.

"It would be easy to take care of the crew and passengers.  But you have to have some training to accomplish it.  Climb to 30,000ft and depressurize the aircraft.  That’s where being a pilot and having systems knowledge comes in.  Do Oxygen masks deploy when you depressurize? Yes most definitely.  But what most people don’t know is that system is only a supplemental system.  It’s only designed to supply oxygen for a short period of time.  That’s based on the time it takes to descend that particular aircraft from cruising altitude to below 10,000ft so the crew and passengers can breathe normal atmosphere.  The cabin crew is supplied with oxygen walk around (portable) bottles.  Here’s where you need to know a little about flight physiology.  Somewhere above 25,000ft the atmosphere is so thin human lungs aren't large enough to draw in enough oxygen to maintain consciousness.  The oxygen has to be latterly pumped into your lungs.  Only the flight crew oxygen systems, located in the flight deck have that capability, and it usually only has a couple hours supply.  So it had to be someone fairly knowledgeable with flying… somebody trained as an airline pilot to incapacitate the cabin crew and passengers."

He concluded that we may never know the reason for any of the mystery surrounding the plane's strange disappearance, "unless the cockpit voice recorder is recovered and there is some sort of confession on it, and if you could still recover data from it.

"The only people who could answer that one were on that plane and I am afraid they will never be able to tell their story."

At times, even as more debris continues to be uncovered at Reunion Island and other locations, it seems that the more we find, the less we really know. Maybe that won't always be the case; but it is my opinion that there will no doubt be questions about MH370 that will continue to linger, perhaps indefinitely.