John E. Mack Was Not Murdered

As a follow-up to my previous article - "Liquidation of the UFO Researchers" - I figured it's time to lay to rest a particularly controversial claim that has no basis in reality, at all. But, it's a controversy which I find myself having to correct people on, at least several times a year. It's the claim that the late "alien abduction" researcher, Dr. John E. Mack, was murdered. Give me a break. He was not. He died in a tragic accident. As I noted in the aforementioned article, yes I do believe there have been some very sinister deaths in Ufology. However, to take the position that when a UFO researcher dies, things have to be viewed with suspicion is ridiculous. And it's paranoid too. Let's look at the facts. But, before we do, a bit of background on Mack.

A Pulitzer-Prize-winning author (of a book on T.E. Lawrence, better known as Lawrence of Arabia), Mack was killed in 2004, in London, England. Prior to his death, he penned two books that left a big, combined mark on Ufology. Their titles: Abduction and Passport to the Cosmos. Certainly, one of the chief reasons why Mack’s books became such talking points wasn’t just their subject-matter. It was also because Mack was a Harvard Medical School professor – and he was talking about alien abductions from the perspective of them being all too shockingly real. To his credit, Mack stood by his abduction-themed research and his books and he skilfully dealt with any criticism that came his way. 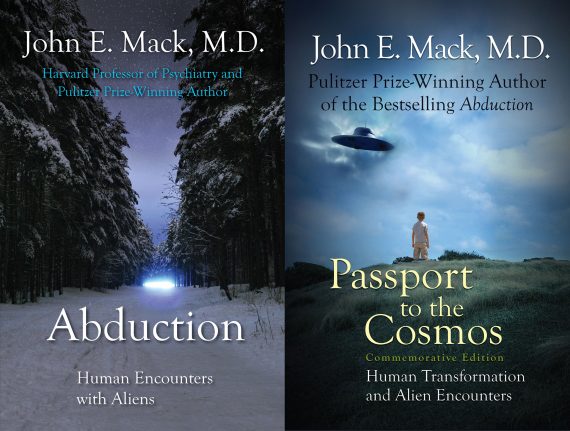 It was the night of September 27, 2004 that Mack was killed. He was in England, at the time. The reason: he was an afternoon speaker at the T.E. Lawrence Society Symposium. Mack's presentation was very well-received, to the extent that he was asked to give an additional, evening presentation, which he did. Dinner followed. Later that night, as he headed to the house in which he was staying in London, Mack was struck by a car and killed.

Mack was walking along London's Totteridge Lane when tragedy struck. He stepped out onto a crosswalk and was hit and killed by a drunk-driver. His name was Raymond Czechowski, at the time 52 years of age. The emergency services were quickly on the seen. But it was too late. Czechowski's blood/alcohol level, which was recorded at the time of the accident, was 97mg of alcohol in 100ml of blood - which is above the legal figure for driving after drinking alcohol in the UK.

In an article at UFO Updates, we have the following: "Mr. Czechowski was sentenced to 15 months imprisonment and was disqualified from driving for 3 years. The Judge also ordered that before Mr. Czechowski was allowed to return to driving he must take an extended driving test. Because of time already spent in custody, Mr Czechowski will serve 6 months of the 15 month sentence."

There is another issue that may have relevance, one which I can relate to. It was September. It was night-time. It was London. It was busy. And John Mack was an American in England. I'm an Englishman who lives in America. When I moved to the United States, fifteen years ago, two of the very first things I had to do were (a) learn to drive on the opposite side of the road; and (b) take a US driving test. For those who may not know, whereas in the States we drive on the right, in the UK, it's on the left. 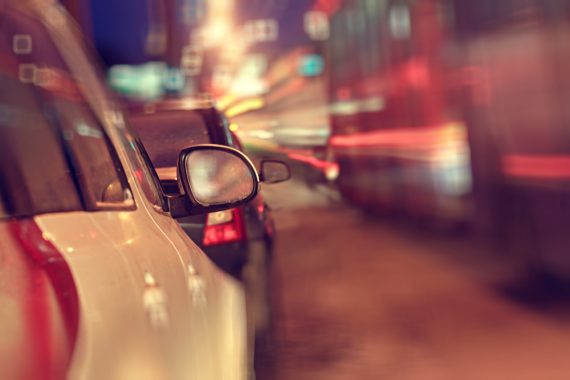 Actually, getting accustomed to driving on the right was not the big challenge I thought it might be. Even after having driven on the left, in the UK, since the legal age of 17. In fact, it was surprisingly easy. However, there was one thing that took me a while to shake off. It was the instinct to look in the "UK direction" for oncoming traffic. And particularly so when crossing the roads in the small US town I first lived in, which was Littlefield, Texas. Since, in the UK, we drive on the left, that means you have to look to your right to see the oncoming traffic. And it's the exact opposite in the US: the traffic comes at you on the right, so you turn your head to the left to see it approaching.

I can remember three or four times making the mistake of looking in the wrong direction; fortunately with no harm done. Similarly and amusingly, on several occasions I actually opened the passenger-side door of the car, intending to drive the car! The reason: in the UK steering-wheels are on the right. Of course, after a time, the old instincts went away.

So, what we have with the death of John E. Mack is a series of things that culminated in disaster: there was the darkness, a busy London road, traffic traveling in a direction that was not typical for the victim, and - the main thing - a drunk-driver. Put all of those issues together and we have a terrible tragedy. What we don't have is a conspiracy.

Playing Mind-Games of the UFO Kind