Since 1995, Puerto Rico has been the domain of a deadly and allegedly bloodsucking creature that has infamously become known as the Chupacabra. Long before the now-legendary beast was on anyone’s radar, however, there was another vampire-like monster roaming around on the island. It was known as the Moca Vampire – its name taken from the municipality of Moca, which can be found in the northwest of the island, and which is home to around 40,000 people. Unlike the Chupacabra – sightings of which continue to this very day – the “Vampiro de Moca,” as it was referred to on Puerto Rico - was a monster of a definitively “here one minute and gone the next” kind.

The controversy all began in late February 1975. That was when the population of Moca was plunged into a collective state of fear. And it was hardly surprising. Numerous ranchers reported how their farm animals were being violently slaughtered under cover of darkness and systematically drained of massive amounts of blood. The first area targeted was the Barrio Rocha region, where several goats, at least four pigs, numerous chickens, and more than a dozen cows, were all found dead, with puncture marks on their bodies, and deep claw-like wounds on their skin, and all missing one vital ingredient: blood.

Villagers and farmers were as outraged as they were terrified. Local authorities, and chiefly the police, tried to diffuse the controversy by attributing the attacks to nothing stranger than the work of packs of wild dogs – a theory that, almost inevitably, was received with nothing but scorn, skepticism, and disdain. 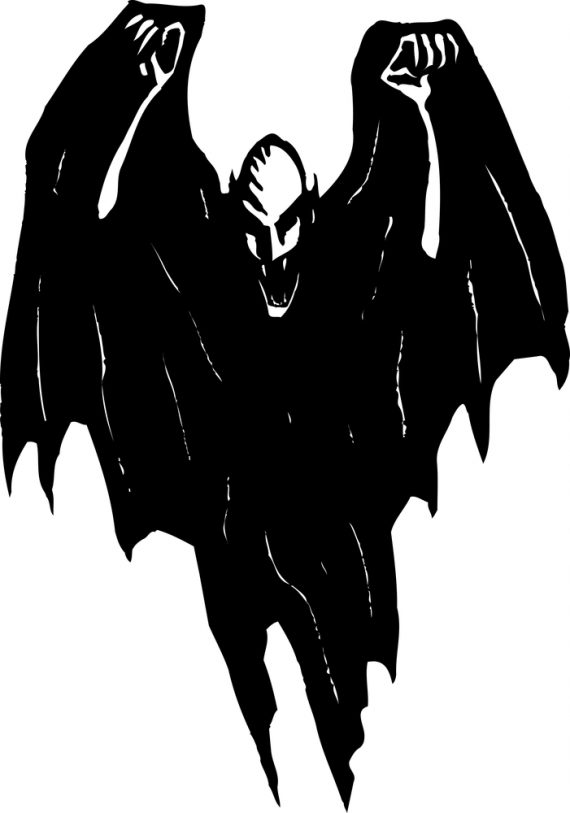 By the end of the first week in March 1975, the death count was close to three dozen. It was in this same week that an important development was made: the blood-sucking culprit was finally seen, up close and personal, so to speak. The witness was a woman named Maria Acevedo, who caught sight a monstrously-sized, screaming and screeching winged beast that landed atop her home, and which clambered about her zinc roof, making an almighty racket in the process.

It was clearly no normal bird: around four to five feet in height, it was described as being similar in appearance to a pterodactyl, a presumed-extinct, flying reptile of the Jurassic era. Whatever the true nature of the monster, it quickly took to the skies and vanished into the starry darkness.

Less than forty-eight hours later, a farmer named Cecilio Hernandez contacted the police after more than thirty of his chickens were killed in a fashion that was quickly becoming attributed to the predations of the Moca Vampire. It was at the same time that Hernandez’ story was widely being reported on Puerto Rico that a potential answer to the puzzle was uncovered: two huge snakes were killed in Moca, just before they were about to attack a cow belonging to a rancher named Luis Torres.

Of course, this didn’t explain the winged monster that Maria Acevedo reported only days earlier. And, it didn’t resolve the many and varied additional killings that continued to plague the people of Moca. In addition, while snakes will typically take down and devour – whole, no less - significantly-sized animals, they will not, and cannot, suck blood in either small or large proportions. In other words, while the snake theory might have been a small component of the saga, it most certainly didn’t explain everything.

On March 18, 1975, the monster struck again. On this occasion, the victims were a pair of goats owned by Hector Vega, of Moca’s Barrio Pueblo. Once again, the culprit had struck in its typical fashion of draining the goats of their blood – and, in this case, of all the blood. The creature was not done with Vega, however. On the following night no less than seventeen animals were attacked, of which ten were killed, due to deep, penetrating wounds, trauma, and massive blood loss.

Five days later, a pig was found dead by farmer Felix Badillo. Blood was removed in significant amounts, and there was a hole in the head of the animal, which gave every appearance of something powerful being violently thrust into the skull. On top of that, one of the pig’s ears was missing – in a fashion that, rather intriguingly, was attributed to a surgical procedure. No wonder the people of Moca were as puzzled as they were alarmed.

Forty-eight hours later came the most astonishing development: Juan Muniz was attacked by a huge, bird-like animal that swopped down upon him from above, as he walked through Barrio Pulido. He struggled and fought as the winged nightmare did its very best to force Muniz to the ground. In his panicked state, Muniz managed to escape and alert the authorities.

Then, as April began, the Moca Vampire began to expand its hunting ground: attacks were reported all across the island, with farm animals again allegedly drained of blood, of rumors of attacks on people, and even of a police cover-up of the facts to prevent a public panic exploding. The attacks continued into May – and then into June, too. By this time, hundreds of animals were said to have fallen victim to the blood-drinking monster, and with barely an answer to the problem in sight. As it transpired, however, matters came to a sudden, inexplicable halt. Shortly before the end of June, the sightings, encounters and attacks were no more.
Whatever the true nature of the Moca Vampire, it vanished as quickly as it originally surfaced.

The Sky is Turning Green Around the World