My new book, Chupacabra Road Trip, focuses primarily on my expeditions to seek out the legendary chupacabra across Puerto Rico, the United States, and Mexico, and from 2004 to the present day. As I also note in the book, however, there is no shortage of reports of the Goat-Sucker from Russia - an issue that often gets eclipsed by the exploits of the far more famous Puerto Rican original.

Russia's Pravda was hot on the trail of the chupacabra in April 2006. In an eye-opening article the Russian people were told:

“The worries began at the end of March 2005 not far from the regional center of Saraktash. On the Sapreka farm two farming families suddenly lost 32 turkeys. The bodies of the birds, found in the morning, had been completely drained of blood. None of the farmers either saw or heard the beast that killed them. Then in the village of Gavrilovka sheep fell victim to the night-time vampire. The unknown animal was also in the hamlets of Vozdvizhenka and Shishma. In the course of the night 3-4 sheep or goats perished. All together the losses in the region amounted to 30 small horned cattle.” 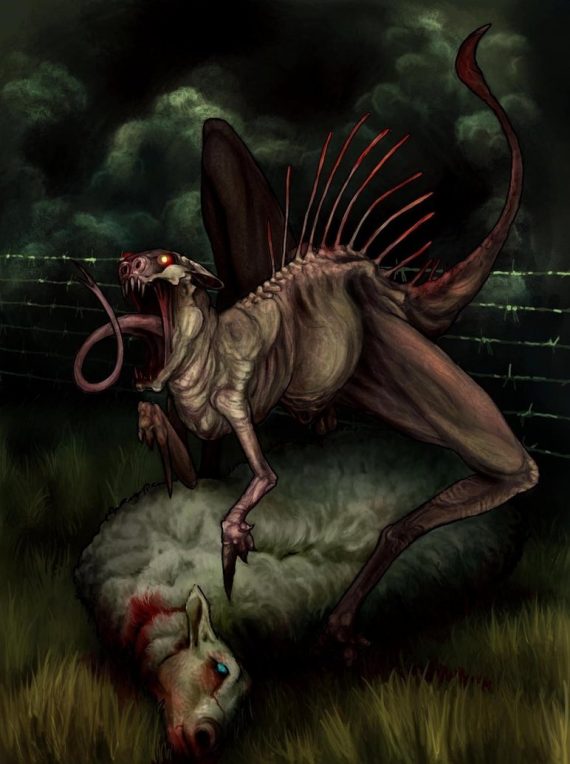 One eyewitness, a rancher by the name of Erbulat Isbasov, caught sight of the monster: “I heard the sheep start to bleat loudly. I run up to them and see a black shadow. It looked like an enormous dog that had stood up on its hind legs. And jumped like a kangaroo. The beast sensed my presence and ran away. It squeezed through an opening in the panels of the fence.”

Moving on, in the summer of 2011, the Moscow News told its readers the following: “A blood-sucking creature is preying upon goats near Novosibirsk. As rational explanations run thin on the ground, the specter of the so-called chupacabra raises its demon head. Horrified farmers and smallholders are confronted by the drained corpses of their livestock in the morning, bloodless and bearing puncture marks to the neck but otherwise largely intact. But local cops are reluctant to record apparent vampire attacks, as they await official recertification, leaving the locals up in arms.” 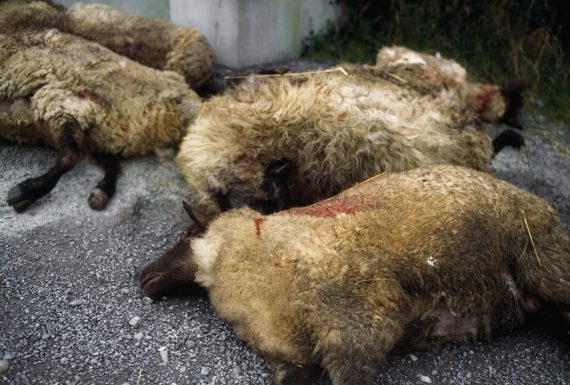 One year later, the Ukraine was hit by the Goat-Sucker. Or, at least, that's what some thought the hair-free canine was. “The animal doesn’t look like a fox or a wolf, or a raccoon,” said a representative of the district veterinary service in Mikhailovskoe. He told the media: “It cannot even be a marten. I have never seen such animal before. But, judging by the fangs, I can definitely say that it is a predator.”

The British Daily Mail newspaper highlighted the affair and said: “It could be a ‘mutant’ fox poisoned by radiation, while another theory was that it may be a hybrid originating from a Soviet plant conducting tests on animals relating to chemical or biological weapons development. ‘A creature we were not supposed to see has escaped from a secret defense lab,’ said one comment.”

“I cannot identify what kind of animal it is," admitted Alexander Korotya, of the Zoological Museum of Zaporozhye National University, and who added: "For example, its canine teeth are similar to a fox, but smaller in size - like a marten. Yet a marten has a different type of skull. If to compare with an otter's head, then the ears are too small. It has a wide nose and a stretched muzzle. My opinion is that it’s most likely a hybrid animal or a mutant.”

In 2014, Beloomut, Russia had a deadly visitor. Yep, you know the one. Farm animals were killed. Blood was - allegedly, at least - drained from their corpses. People were living in fear. Meanwhile, the world of officialdom was having none of it: "There are no fairytale creatures in the Lukhovitsky district of the Moscow Region,” said the Agriculture Ministry. End of story. But the end of the chupacabra in Russia? Time will tell.

Investigation of Tianjin Blast With Google Maps Finds Something Weird