Ten Books That Need To Be Written (Part 1)

Further to my two previous posts (on my top 5 UFO books and my top 5 cryptozoology books), I thought I would round this theme off with my suggestions for the top 10 Fortean books that haven't been written but which need to be. My earlier posts provoked a lively debate at Facebook, and particularly so in regards to the UFO list. And, I'm sure that - as per the Facebook discussion - people will have varying views and opinions on this new article, too. So, with that said, here are the first five of my ten, personal suggestions. They may not be yours, but they are notable, nonetheless. Surely there's someone out there who is up for the challenge to write these.

THE HOUSTON BATMAN
Back in 2010, me and Ken Gerhard co-wrote a book titled Monsters of Texas. In the pages of MoT we mentioned a very strange encounter that occurred in the city of Houston, Texas in 1953. It was the early hours of June 18, and Hilda Walker, Judy Meyer, and Howard Phillips were sitting on Walker's porch. The reason: the stifling heat made it practically impossible to sleep. As they chatted, a bizarre, winged humanoid loomed into view. Man-like and around six and a half feet tall, it had bat-like wings and, very bizarrely, clothing that resembled the uniform of a paratrooper. And it glowed brightly, too. Okay, the incident occurred more than sixty years ago, and even the youngest witness, Judy (who was 14 at the time) would now be 76. But, a report was officially filed by the trio with the local police. The story made the pages of the Houston Chronicle newspaper. And both me and Ken have snippets of reports of what sound like additional sightings of the Houston Batman. Just maybe the police reports still exist. Perhaps the newspaper staff, today, can shed some light on things. Anyone care to investigate and write about it?

UFOS AND PORTON DOWN
Porton Down, Wiltshire, England is - like the United States' Fort Detrick, Maryland - a highly secure facility that undertakes research into viruses and biological warfare. It is defense-based work, conducted to try and ensure we aren't hit by hostile nuts who may want to create terror, mayhem and death via the unleashing of deadly viral cocktails. There's something else, too: there are more than a few stories linking Porton Down to the UFO phenomenon. One such story surfaced in the 1990s and refuses to go away. It suggests personnel from Porton Down were present in Rendlesham Forest, Suffolk, England, when the country's most famous UFO incident went down. The story was provided to me (and several others) in the 1990s by the late UFO researcher, Georgina Bruni, who got it from a certain published author and expert on matters relative to the work of Porton Down and Fort Detrick. The rumor is that Porton Down personnel - decked out in full hazmat gear - entered the woods and recovered, well, "something." There are also rumors of dead aliens stored at Porton Down in Hangar 18-style facilities. There are even a few accounts of Crop Circles having been found on Porton Down's well-protected land. Yep, there's definitely a book in all this.

ROSWELL AND THE ANCIENTS
Of all the various theories that have been offered to try and explain what happened outside of Roswell, New Mexico in the summer of 1947, certainly the most controversial is the one commented on, and written about, by authors Walter Bosley and Mac Tonnies. It's the theory that, yes, something very strange did happen on the Foster Ranch, Lincoln County, New Mexico in the summer of 1947. But it wasn't the result of anything extraterrestrial. Nor was the story provoked by the crash of a top secret device of the military. It's the theory that the wrecked vehicle and the dead bodies found at the site were from right here. On Earth. We're talking about an ancient race of humanoids that has lived alongside us, in stealth, for who knows how long. Mac Tonnies, in his book, The Cryptoterrestrials, offered an interesting theory as to why the Roswell craft seemed somewhat balloon-like, but highly advanced in certain ways, too. Walter Bosley (formerly of the US Air Force) tells the fascinating story of his father, who was secretly briefed on the ancient humanoids angle when he was in the military - in the 1950s. That should be a good starting point to spur someone on to look further into this odd yet engaging scenario. 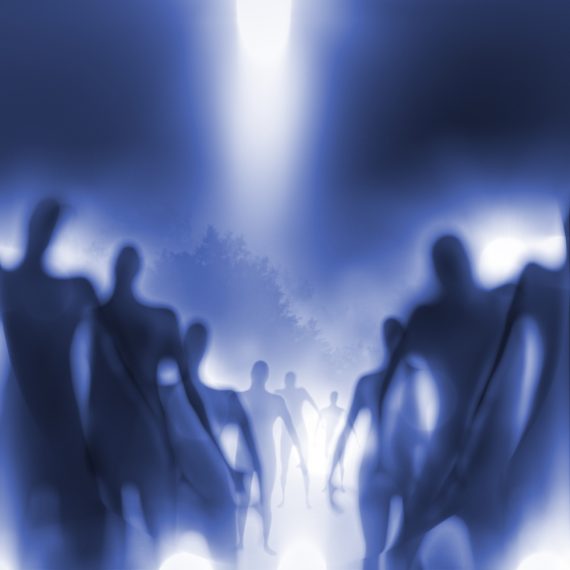 BOWNESSIE THE MONSTER
We've all heard of the Loch Ness Monster. Then there's Champ, the resident lake monster of Lake Champlain, which covers both the United States and Canada. And let's not forget legendary Ogopogo, of Okanagan Lake, British Columbia, Canada. But, how many people have heard of Bownessie? I'm guessing the answer is: nowhere near as many. But, that doesn't make the story of this water-monster of Lake Windermere, England any less eye-opening. There have been credible sightings of large animals swimming the waters of the lake. Stories of humpbacked monsters abound. There is talk of giant, 20-foot-long eels in the lake. Cryptozoologists have flocked to the area, in efforts to try and resolve the mystery. But guess what? No book yet. Time to change that, methinks.

DUGWAY AND ALIENS
Just like Porton Down and Fort Detrick, the Utah-based Dugway Proving Ground is at the forefront of research into some of the most dangerous and deadly things on the planet: nerve-agents, chemical weapons, and much more. There's also a notable and intriguing UFO-themed rumor-mill surrounding Dugway. There are tales of dead aliens held deep below the base, preserved in chemicals, and maybe for decades. There are dark rumors of attempts to understand and weaponize what might be termed "alien viruses." In other words, we're talking about a place somewhat akin to Area 51. Whereas (so we are told at least!) Area 51 staff are at the forefront of researching, and trying to understand, alien technology, Dugway personnel are focusing their research on extraterrestrial biology. I'm betting there may be someone in the Beehive State who sees a book in all this.

That's five done with. Keep a look-out for part-two and the next five...