UFO Disclosure: Heard It All Before

There can be no doubt that the issue of so-called "UFO disclosure" is one of the hottest topics within the UFO field. Frankly, I don't think it's going to happen. Ever. And I'm utterly tired of people saying something like "It's coming next year." And then when next year comes, and nothing happens, it becomes the next year. Then it becomes the year after that. And so on. I wish I could say I find the matter of disclosure awe-inspiring. But no. It's just yawn-inspiring. Prove to us it's coming on a specific date or shut the hell up with your ever-changing dates until you do know!

One of the reasons why I doubt disclosure is on the horizon is because we've seen and heard all this before. That's right: for decades people have claimed "the truth is coming," and you know what? It never, ever does. The problem today is that so many people in Ufology simply aren't aware that we've gone through all this time and again. I could reel of literally a dozen or so examples dating back to the early 1950s. But, for space purposes, I'll focus on a couple of perfect examples from the 1970s. 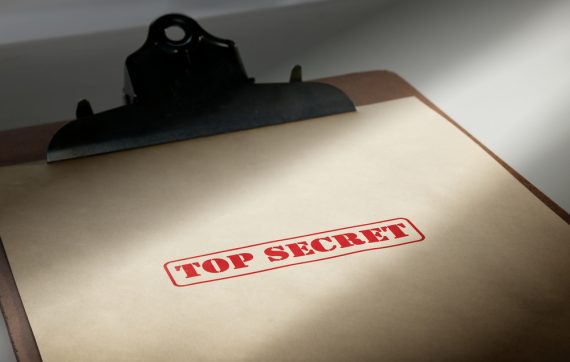 Midway through 1971, an anonymous letter was mailed to the Pentagon by a source who claimed that sensitive UFO data originating within the US Government was to be turned over to elements of the US media. In other words, someone on the inside was going to take a proactive approach and initiate UFO disclosure. A copy of the letter was turned over to the FBI - and you can find it at the FBI's website, The Vault (in the UFO portion of the site). The letter reads as follows:

"In approximately seven months or January, 1972, certain copies of top-secret documents shall be sent to the New York Times as well as two other newspapers. These documents are related to and will be an ostentation of the involvement of the Pentagon in the controversial 'Unidentified Flying Objects' or 'Flying Saucer' subject. It will show that not only the US Air Force was involved in UFO research but the other military branches as well."

The anonymous letter-writer continued: "Analysis and the actual conclusions of the classic UFO cases shall be revealed. This shall be accomplished by zeroxed [sic] documents and photographs that General Wolfe had reviewed when he was head of the Army's UFO support program in the Pentagon during the Eisenhower years."

And the letter came to an end like this: "Sorry, but it is concluded here that this is the best course to take because we feel that the secret UFO investigations are parallel in nature to the Times-Pentagon-Vietnam controversy. If we are wrong in taking this action, time will tell."

Time told, alright. Nothing happened. No disclosure. No big release of material. Those claimed "zeroxed documents" turned out to be zero documents. Now let's move on three years, to 1974, and to a certain, very well known ufologist who was active from the 1950s to the 1990s. His name was Leonard Stringfield. It was in 1974 that Stringfield heard rumors the US Government was possibly on the verge of disclosing. And maybe in conjunction with the government of France.

Stringfield noted, in his 1982 report on crashed UFOs, that: "I was alerted by Walter Andrus, Director of MUFON [the Mutual UFO Network] to be prepared as Public Relations Director, to rush to Chicago, joining he and Dr. [J. Allen] Hynek in a press conference if official word was released." Needless to say, even though Stringfield prepared what he termed a "tentative press release," the "official word" was not released.

Stringfield also said: "In my UFOlog for December 16, 1974, I noted, 'Wonder what President Ford and Giscard d'Estang, President of France, are discussing in Martinique beside the oil problem?' IF UFOs were on the agenda we can only guess. The Martinique meeting ended with nothing said about UFOs. The biggest story ever, was never told."

And it still hasn't been told! One of these days I'll do articles - right here, at Mysterious Universe - on very similar situations and rumors from the 1950s, 1960s, 1980s, and 1990s. But, you get the point: we've been hearing rumors of disclosure for decades and decades. It didn't happen. Why should today - and endless tomorrows - be any different?

And before anyone accuses me of being cynical on the matter of UFO disclosure, I'll save you the bother: Hell, yes, I'm cynical! And you should be too. To the disclosure movement: put up and give us a date. Or shut up and...well...just shut up.