Operation Bulldog - held in September 1949, and overseen by the UK's Fighter Command and Bomber Command - was a show of strength to the Soviets. It demonstrated that the West could take swift and decisive action in the event the Russians flexed their muscles a bit too much. And, for good measure, the operation also involved the air-forces of the United States, Belgium, France, and Holland. The Soviets took careful and concerned notice, which was the whole point. It appears it was not just the Russians that kept a beady eye on the military maneuvers. Just possibly, entities from another world did likewise.

At the time Bulldog was held, the late J.R. Oliver was a radar-operator at a British Royal Air Force base called Sandwich, which was situated in the English county of Kent. Oliver said: "Even so long ago, it was almost impossible to fly a glider across the [English] Channel without it being plotted. The exercise was structured in such a way that the technical resources and personnel of the defensive screen were stretched to the limit."

Oliver added that the staff of RAF Sandwich "were fully skilled and right on top of their job. Two watches were kept, A and B, on alternate twelve-hour shifts for the duration of Bulldog." According to Oliver on one particular night, around midnight, "things had gone slack," and his group was told it could "take a break." It was a break that didn't last for long, as Oliver noted:

"Within about fifteen minutes the PBX operator came in, approached the Duty Controller and advised him that Beachy Head radar was passing a plot to us on a large flying object and would we track it?" They did exactly that. It became very clear, and very quickly, that this was no ordinary aircraft. Oliver recalled: "Reaching a position out to sea off the 'heel' of Kent, it abruptly turned north and as it approached the Thames estuary we passed it on to Martlesham radar, with whom we had been in contact."

Oliver offered something remarkable: "Flying at close to 50,000 feet, the air speed of the object we had observed and plotted in accordance with RAF standard procedures was assessed at very nearly 3,000 miles per hour. The general consensus regarding its size, among the very best experienced radar personnel engaged in the operations, was that the object offered an echo similar to that of a large passenger or freight surface vessel, something in the region of 15,000 or 20,000 tons." In typical British understatement, Oliver said there was "quite a bit of buzz about this." 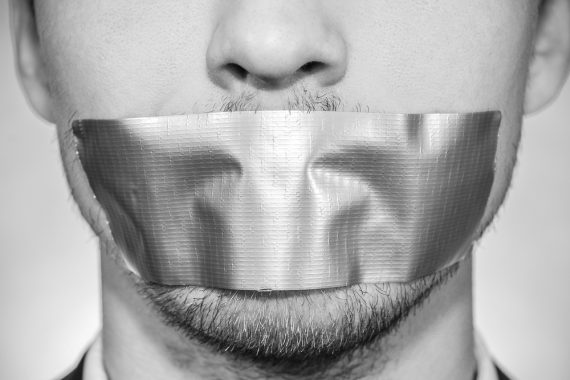 Then something curious happened, as Oliver noted: "At our usual relief time, 'B' Watch stood down and went to breakfast and bed at the domestic site at Stonar House. We were awakened from our watch slumbers by Sergeant Platt and assembled in front of Stonar House, with our Sergeant Belcher, Sergeant Hatter, and various minor NCOs [Non-Commissioned Officers] in attendance, for an address by Squadron Leader Mundy. He reminded us of our duties as serving members of the RAF and the requirements of the OSA [Official Secrets Act] and to forget especially the odd occurrences of the past night and not to mention same to anyone not connected to the RAF."

But that was not all: "Going on watch that evening we found that the Duty Watch Book, normally only replaced when completely full, which recorded every air engagement, every PBX message, every official order by the watch-keeping officer, made during every official part of previous watches, including the previous night's activities, as an official Watch Book is required to do...had gone. Replaced by a brand new shining Duty Watch Book."

Oliver added: "The rest of the exercise took its natural course and about a month later my service with the RAF ended." He also noted: "...it is highly likely that a good many people must have gained knowledge of this occurrence and therefore proof of it happening may not be too far in finding."

Despite Oliver's optimism, not a scrap of official documentation on this very weird affair has ever surfaced. Shredded? Hidden? Who knows? J.R. Oliver died in 1993, the matter still a mystery to him. And still to us today.