Besides volcanoes and nuclear power plants, other places UFOs seem to be attracted to are storms, especially lightning storms. While the usual “ball lightning” and “sprites” reasoning may explain some, others sightings are not so easily dismissed. What are UFOs doing in these lightning storms? Perhaps these recent sightings in Moscow, Illinois and Delaware will shed some new light on lightning and UFOs.

This sighting took place on July 27th during a storm over Moscow. The brief description puts the time at 11:15 pm and the witness says the ball was stationary except when it appeared to “dive into” or possibly be pulled into the lightning. Some would say this is just ball lightning. The people who took this next video, also in Moscow on the same day, might disagree.

This UFO showed up at around 6:30 pm over Moscow. It appears to be right before a storm … possibly the same storm? Is the UFO searching for a good spot to catch some lightning?

Another strange UFO was spotted during a storm in July 13 in Oak Park, Illinois, a suburb of Chicago. The flashes of lightning are high in the sky while the streaking UFO appears lower, shooting quickly in and out of view.

The brief shot makes it difficult to tell if it's a UFO, a bug or a light flash.

Getting back to orbs, this one was captured on video by a woman and her boyfriend during a storm over Delaware on August 1. They claim they didn’t remember seeing the orb, which the video shows being hit by lightning twice.

For those still screaming “ball lightning,” here’s an interesting video taken on July 16th in Sioux Falls, South Dakota, by someone who readily admits it’s ball lightning, not a UFO. Now THAT looks like a UFO!

A new study published in the journal American Mineralogist found that lightning can change the atomic structure of minerals in a way previously thought to only occur during meteor strikes or nuclear explosions. The cause of this change in crystalline structures is intense pressure from the lightning.

If these videos are indeed of UFOs in electrical storms, is it any wonder why they’re tapping into the enormous power of lighting? Isn’t it time we figured out how to do the same? Or have we already? 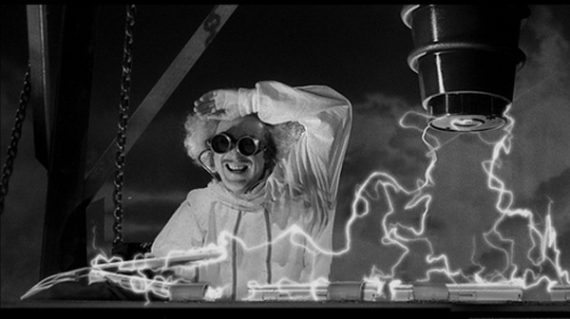