Blood Moon Brought Out the UFOs

Humans weren’t the only ones watching the phenomenon known as the blood moon earlier this week. Reports are coming in of increased UFO activity during this rare total lunar eclipse. Were aliens as interested as earthlings were in the blood moon or was it just because so many people were looking up?

This video of UFOs was recorded by people in Capistrano Beach, California, near Anaheim. It could be a fleet of UFOs or the lights on one object. 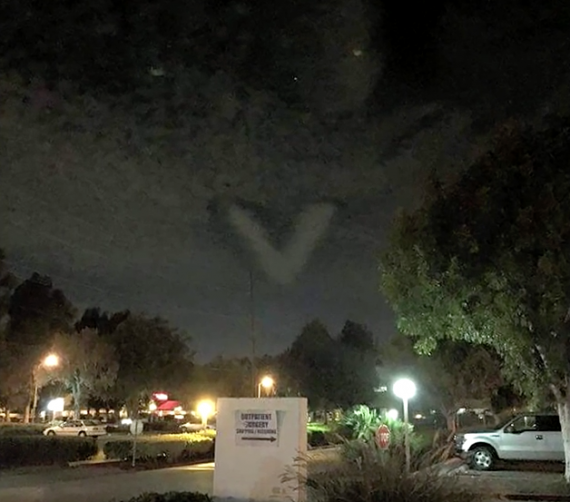 This giant V-shaped UFO appeared in the sky over Anaheim Hills, California during the blood moon and was reported by numerous witnesses. One said the time was 8:55 p.m. and the object could not have been a cloud because it maintained the well-defined V shape for 35 minutes.

Another witness reported watching the V-shaped UFO while driving (not a good idea) starting around 8:40 p.m. from Laguna Beach to Irvine, California. for about an hour.

During the hour that I was watching the "V", the low level clouds around it would change shape, move away, dissipate and do normal cloud things, except the "V" always stood still and always managed to maintain a margin of clear sky around it. 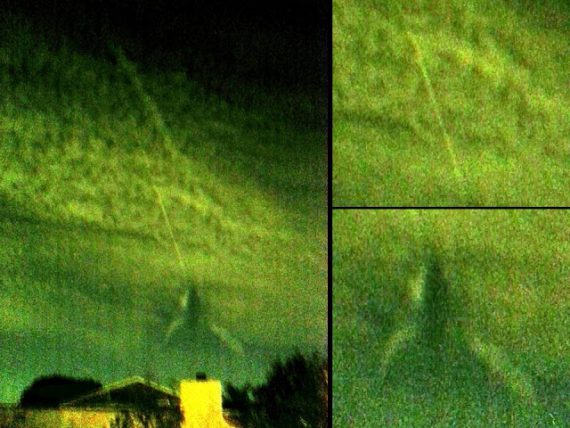 This UFO was photographed over Los Angeles and was described as cigar-shaped and rocket-like. The witness said the clouds around it moved and dissipated while the object stayed solid and stationary. At one point, it appeared a beam of light was emitted from the top or nose. 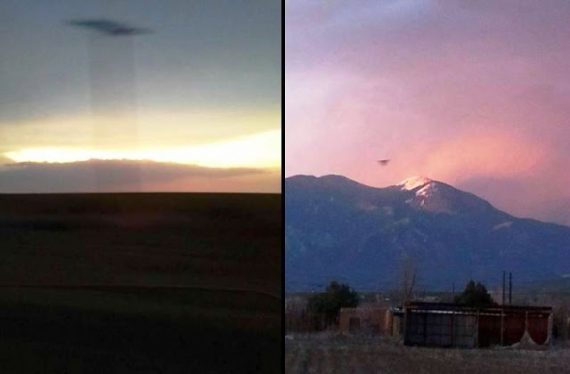 A couple of sightings occurred a short time before the blood moon. This photo shows a cigar-shaped UFO witnessed by seven people in Taos, New Mexico. The photographer says it beamed a red light on the ground and appeared to be a mile wide.

There were also a couple of UFOs spotted traveling in front of the blood moon. This one was reportedly seen in France and shows a cigar-shaped UFO moving across the moon.

There’s no info with this photo other than it was taken during the blood moon and shows a UFO flying past it. 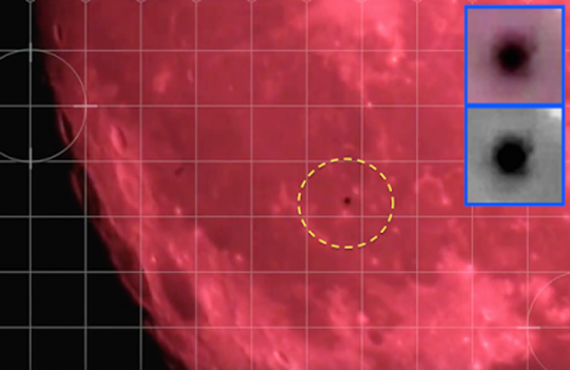 Some of these UFO sightings were as unusual as the blood moon. A V in the sky? Cigars shooting beams of light? What were they? Will they stick around for a while?