Dead Oarfish May Have Been Warning California of Tsunami 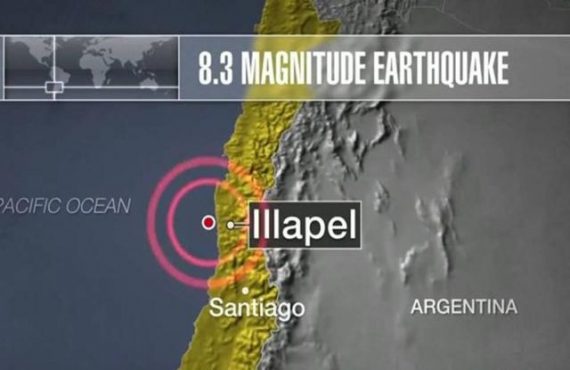 According to the US Geological Survey (USGS), the 8.3-magnitude tremor occurred off the coast of Coquimbo, 46 km (29 miles) west of the city of Illapel at 19:54 local time (22:54 GMT). As of this writing, at least ten people died and about one million were evacuated from coastal locations as aftershocks rattled cities and waves of up to 4.7 meters (15 feet) battered the shores. Tsunami warnings were issued for the coast of South America, Hawaii and southern California. 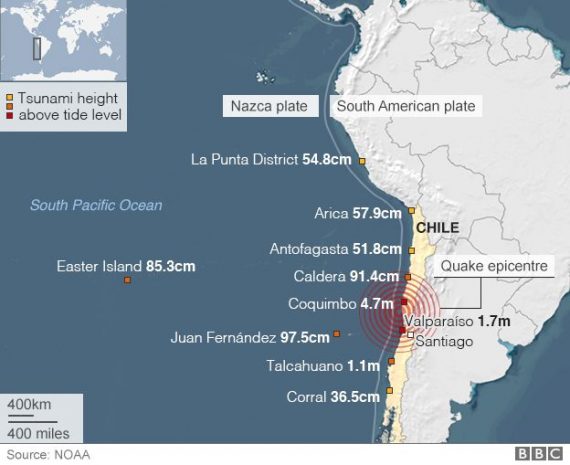 The initial tsunami wave reached La Jolla early on 9/17 with a height of about one foot. Swimmers and boaters were immediately advised to stay out of the water and away from the beaches until the tsunami threat ended.

If 8.3-magnitude sounds big, it is. That’s five times stronger that the earthquake which hit Nepal in April. The difference is that Chile is prepared for these massive quakes, having had three in the past five years, including an 8.8 in 2010.

However, even the most up-to-date seismic warning equipment isn’t perfect, which is why we should pay attention to giant oarfish, the disaster harbingers of the deep. Shortly before the 2010 quake in Chile, Japanese fishermen found dozens of dead oarfish.

And on September 14th, a 15-foot long giant oarfish may have been trying to reach La Jolla to deliver a warning.

What will we run out of first … coastline or oarfish?