Over the years, I have heard more than a few stories suggesting that agencies of various governments - including the UK and the US - have extensive background files on alien-abductees. Such a thing is not as far out as the skeptics might think. After all, back in the 1950s the FBI opened files on numerous and well-known figures in the UFO Contactee field.

Under Freedom of Information legislation I obtained the FBI's files on such Contactees as Dr. Frank Stranges, George Van Tassel, Truman Bethurum, George Adamski, and George Hunt Williamson. I also have the British Police Force's Special Branch files on George King and the Aetherius Society. Granted, the primary reason why the Contactees were watched was not because of their UFO claims. Rather, it was because many of their claims were peppered with matters relative to politics, communism, and the Russians. And when the Cold War was in full swing, too.

Of course, the abductee movement is far less political in nature than the Contactee movement of the 1950s. If even at all. But, I have heard enough accounts to convince me that someone is taking note of what's afoot in the world of the abductees. So, if there are files on the abductees, have any of them surfaced publicly? Well, that's an interesting question. Yes, we do have documents. But, no, we don't have definitive smoking-guns. Yet.

For example, it's a little-known fact that there are a number of official US Air Force Intelligence documents on the Betty and Barney Hill abduction of September 1961. One of them was penned by a Major Paul W. Henderson, USAF Intelligence, who prepared a summary report on the experience of the pair. It's important to note, however, that matters were prompted by Betty and not by the USAF. It was she who phoned the 100th Bomb Wing, Strategic Air Command, at Pease Air Force Base, New Hampshire, to report the astonishing events of the night before. So, the Air Force looked into it. But only because Betty herself set the wheels in motion.

There is, however, one bit of data that may be suggestive of the possibility someone else in the military knew far more about alien abductions than Major Henderson. According to Betty: "Later, Major Henderson called back and asked if we would be willing to be put through to somewhere else, and have our calls monitored. We agreed to this. One call was transferred to another place and today we do not know with whom we were talking."

No, this is not hard proof of a clandestine group watching the abductees, but it's definitely interesting. Also, and in the very same time frame, the intelligence divisions of both the British Royal Air Force and the old Air Ministry were taking note of UFO-themed "vehicle interference" cases, which often occur in alien abduction events. I have a large batch of such official reports from 1961 to 1966, all officially released via British Government Freedom of Information rules. Collectively, they make it very clear that someone in UK intelligence was following these cases for a particular reason. It's a reason which remains unknown, unfortunately. Moving on... 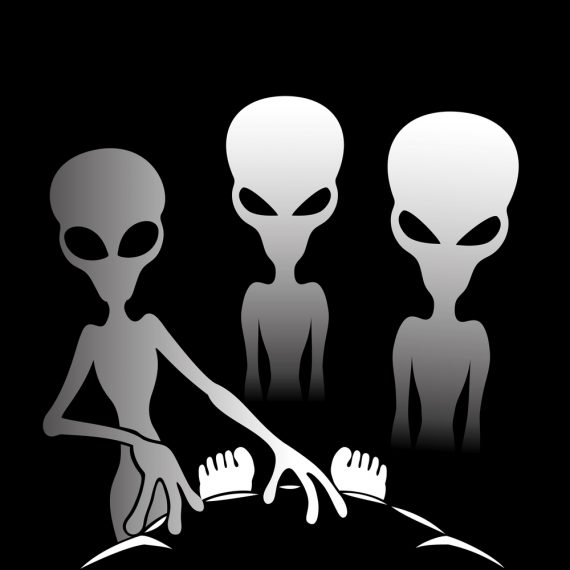 Also via US FOIA legislation, the FBI has released a memo dated January 18, 1967 and titled "UNIDENTIFIED FLYING OBJECT ALLEGEDLY SIGHTING, JANUARY 17, 1967." It reads as follows:

"At 4:10 a.m., January 18, 1967, [deleted] advised that he desired to report that he had observed a large oblong-shaped object which alighted in the street in front of him when he was on his way home from his television repair shop, the [deleted], Chesapeake, Virginia. He believes that he was taken into this craft which he recalls as being made of a glass like substance and being transparent. It was manned by several individuals who appeared to be undersized creatures similar to members of the human race, probably not more than 4 feet tall. They were allegedly wearing regular trouser pants and T-shirts. [deleted] believes that he was transported by this craft for an undetermined distance and returned to his point of take-off approximately one hour later."

In the second and final paragraph we're told: "[Deleted] spoke in a coherent manner although he appeared to be under certain emotional strain. He claimed he had not been drinking any intoxicants but he was unable to account for the time between 8:00 p.m. and 4:00 a.m.. he stated he was telephoning from his workshop but had no recollection of being elsewhere between 8:00 p.m. and 4:00 a.m."

The FBI did not take any action regarding this story, aside from forwarding the data to the Air Force. So, right now, no we don't have solid proof that extensive files on alien abductees exist. Even though such claims abound. What we do have is material that is circumstantial, but which certainly deserves to be followed up on.

And, when we see that (A) decades ago the Contactees were closely monitored, (B) the British military was specifically looking out for "vehicle interference" cases, and (C) there still remains a degree of mystery concerning who, exactly, Betty and Barney Hill were speaking to (after being transferred by Major Henderson), we should not ignore the claims of secret dossiers compiled on the abductees. In fact, we should do our utmost to resolve the puzzle.

UFO Shuts Down a Major Airport in China Again