Right now, I have a new book out titled Men in Black: Personal Stories & Eerie Adventures. This is my third book on the MIB phenomenon, the previous ones being On the Trail of the Saucer Spies and The Real Men in Black. Like most of my writing on the Men in Black, the new book demonstrates that despite widespread assumptions that the MIB are from "the government," they clearly are not.

Of the thirty-plus chapters in the book, only two are suggestive of a government connection to the MIB controversy. The vast majority of the cases take things down very weird paths. They are paths that lead towards the domains of the occult and the paranormal. And in some cases there is absolutely no UFO link at all. In those cases, we're seeing nothing less than full-blown supernatural activity. 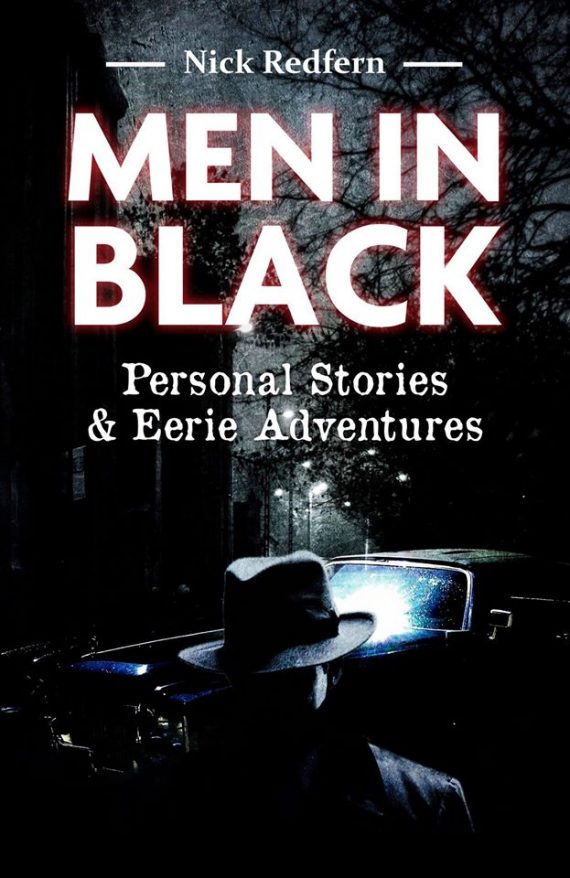 As for the contents of the book, well, there's a wide variety of data, provided by numerous eyewitnesses to the MIB and investigators of the phenomenon. David Weatherly - author of the book, Black Eyed Children - discusses the parallels between the BEC and the MIB and says the following:

"On the surface, there may seem to be few connections between the UFO connected MIB and creepy little kids with black eyes showing up on doorsteps. But, when we delve into the actual accounts, we find numerous similarities. Consider the appearance of both beings. The BEKs are usually described as having pale or pasty skin. Some witnesses report that the skin looks 'artificial.' Still other accounts claim that the children have olive toned skin that implies they are of Mediterranean origin. Both of these descriptions are heard in classic MIB encounters."

Brad Steiger, who has studied the MIB phenomenon extensively, says in Men in Black: "In the case of the mythos of the Men in Black, I suggest that that eerie enigma may have begun with the machinations of a human agency assigned to investigate the actions of the more high profile investigators of the phenomenon and the more convincing witness of UFO activity with the goals of learning more about the growing interest in a worldwide phenomena. Somehow along the way, this activity of the human surveillance of other humans caught the interest of a nonhuman, paraphysical agency that has for centuries pursued goals that remain elusive, even sinister, to the individuals whom they visit."

Regular Mysterious Universe contributor Micah Hanks provides his thoughts on the MIB and states: "We could not assert that there is truly any characteristic that clearly betrays the inhumanity of such individuals, if they do exist. However, the sensations they tend to evoke with their isolated and unwonted appearances often convey an unsettling air; at times the MIB experience is so inescapably strange — or absurd — that it seems to bear no meaning or significance at all, other than an element of confusion that further distorts the perspective of the recent UFO witness. In other cases, the purported MIB visitation is one that could only be described as the summation of terror..." 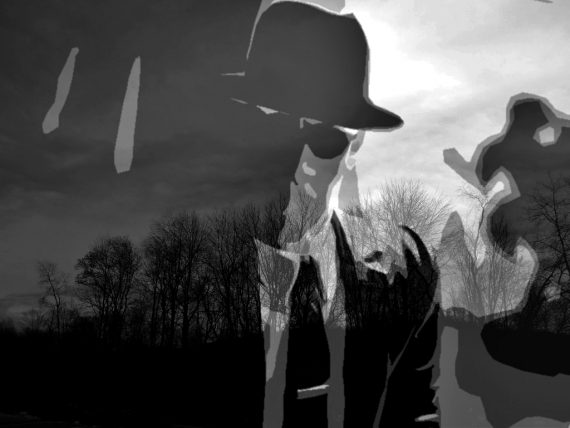 And, we have Jason Offutt, who addresses the matter of the MIB and the Hat Man: "A dark figure lurks in the shadows, watching. Something about him is out of place. The Humphrey Bogart suit? The dark obscured features? Or maybe it’s the hat. Not a ball cap, not a driving cap, but a fedora. This figure looks like it stepped from a 1940s detective magazine. Then it raises a hand, or takes a step; its movements awkward, exaggerated. Something is wrong with this man – dangerously wrong. This description, of a man in an out-of-date suit wearing an out-of-date hat, is common in the paranormal field, stretching across the line of the UFO-fixated Men in Black, and the darker, more shadowy Hat Man."

Moving on from the researchers of the MIB phenomenon, there's the matter of the eyewitnesses to these pale-faced ghouls. In part-two, I'll share with you some of the details of the many and varied never-before-seen reports of the MIB that appear in my book.