Part-1 of this article introduced you to my new book, Men in Black: Personal Stories & Eerie Adventures. As I noted in part-1, the vast majority of the cases in the book focus upon matters of a very bizarre nature, and typically of a supernatural or occult nature. I shared with you a few observations and data on the MIB from David Weatherly, Micah Hanks, Jason Offutt, and Brad Steiger. Now, however, it's time to focus on the witnesses.

Of the dozens of people who generously shared with me the details of their personal encounters with the MIB, nearly all of them provided data that reinforces my firmly held belief that the Men in Black are nothing to do with the world of government, military, or intelligence agencies. Their origins are much weirder than that. 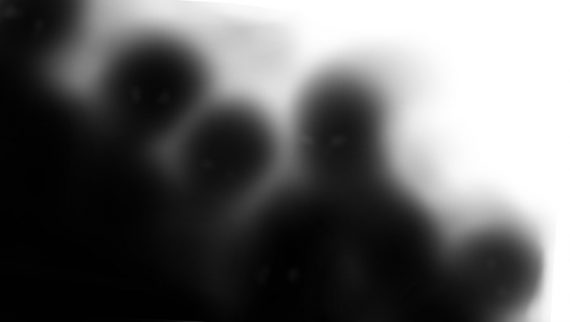 From the UK, there is the case of Trevor Owen. It's an account of which the following is a small extract: "I was to be visited by these strange men in the dead of night, not when I was awake in my room, but when I was asleep. They would not present themselves physically in my room (I don’t think?), but rather they would come into my dreams. I was not aware of their meaning for many years until I learned of the men in black and finally remembered these boyhood nightmares. What would happen is I would dream of these two men; they were featureless, as in they had no faces that I could remember, and they were dressed as business men (as I thought of them at the time), black trousers and jackets and ties, white shirts and black hats."

Moving onto California, there is this from Terry: "This encounter occurred during the day time thirty five years ago in 1977 at a Winchell’s in Sunnyvale, California, I was just sixteen years of age at the time. My best friend and I had just finished our coffee and were heading for the doorway to leave. As we were passing a man seated at one of the tables, he reached out and firmly grabbed my wrist. In that moment my first reaction was to jerk away from his grip, but looking down at him I realized that he was a very old man and I felt in that moment that he was harmless. He was dressed in black wearing an old fashioned hat and suit, his clothing looked like it was from the 1930’s. He was extremely pale, very thin and appeared to be very old, I guessed in his 80’s or 90’s. He told my friend and I that he was a palm reader, a very good one, he claimed and could he please do us a favor by giving us each a reading." 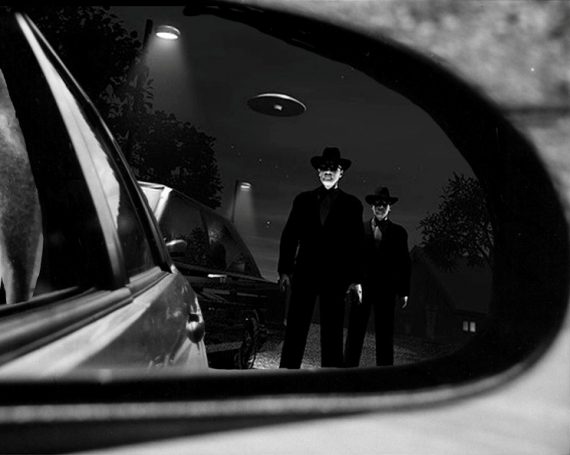 Like Trevor Owen's report, Terry's is a lengthy and disturbing one. Jo Ann Koch has an equally menacing story to tell, which is firmly tied to the MIB/UFO phenomenon. In part, she says: "After a particularly busy time of abductions and lessons I went out one morning about 7:00 am for the morning paper. Standing at the end of our driveway was a tall, thin man dressed in a black warm-up suit. The collar was turned up so I couldn’t completely see his face but he appeared to be an albino. He had 3 inch long, spiky hair that was whitish blond. I wanted to approach him but once he was sure I had seen him he quickly walked away. I have several neighbors who regularly walk their dogs and no one had seen anyone like him, before or since."

And there's Peter Beckman, a man who had a very bizarre encounter with the MIB decades ago. The following is extracted from an interview I did with Peter, specifically for the book. He told me: "They came in and sat on the couch. They were pale and sickly; their clothes hung real loose and they looked as though they might expire at any moment. They appeared to have either trouble breathing, or trouble even being. I don’t believe they said a thing. If they did, it has disappeared from memory. Very odd, indeed. I recall that, as I was waiting for them to speak, my mind was racing; should I try humor or invective? My general impression is that they were kind of confused, but just ever so slightly amused by the situation. It was as though they were waiting for us to speak. Their physical attitudes seemed to be waiting for some sort of answer, although no questions were asked. We were all waiting."

And that's just the tip of the iceberg. The more I write about the MIB, the more I realize we're dealing with something that impacts on people to an incredible degree - and all around the world too. Yes, the Men in Black are real. I have no doubt about that at all. But, they're not real-life equivalents of Will Smith and Tommy Lee Jones. They're not even human...