NASA Predicts Many UFO Sightings in New Mexico This Month

NASA is usually in the business of denying UFO sightings, covering up alien reports and cutting off unusual or abnormal videos from the International Space Station. So it seems kind of suspicious that it would suddenly announce that there will be numerous UFO sightings over New Mexico in September and October and it knows why - they will be NASA’s own balloons. Really, NASA? Balloons over Roswell? You can’t do better than that?

It’s true … so they say. NASA announced that it will launch four high-altitude balloons from Fort Sumner in De Baca County, a little over 80 miles from Roswell as the balloon flies. The balloons are from NASA’s Columbia Scientific Balloon Facility in Palestine, Texas, and are large (400 ft. diameter), unmanned, high altitude (120,000 ft.), research balloons with scientific experiments suspended beneath them. The projects listed for these New Mexico balloons include High Altitude Student Payload (HASP), Radiation Dosimetry Experiment (RaD-X) and Long Duration Balloon (LDB).

The National Weather Service in Albuquerque says the balloons will be visible on clear evenings in the sky east of the city, but the best viewing location is on the eastern plains of New Mexico.

Why is NASA making such a big deal out of this balloon launch? Is it getting the public conditioned to accept “it’s just balloons” as an explanation for something else that might be happening in September? Is it purposely doing it near Roswell to link to the weather balloon explanations of that event?

Or is it something more dire? There have been warnings of a massive asteroid strike in mid to late September which NASA has denied. Are the “projects” just a cover for what the balloons are really monitoring?

Then there’s the various predictions or prophesies of anything from a world economic collapse to CERN blowing up the planet to Jade Helm’s real purpose being revealed to the rapture – one or all are supposed to happen in September. Are they connected to the NASA UFOs?

After pondering all of that, it makes one hope it really is just weather balloons. 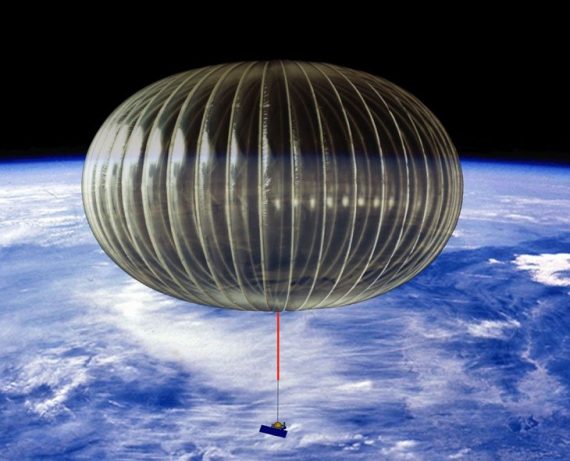