Only a few weeks ago, it seemed that the disappearance of Malaysia Airlines Flight 370, arguably one of the strangest aviation incidents of the last several decades, might finally be coming to an end. However, with new data that supports a link between the crash and the only known debris believed to have been recovered since the MH370 disappearance, a number of questions remain present.

With the discovery of a portion of a Boeing 777 wing recovered on Reunion Island in July, it seemed that the mystery would likely be solved in short order. This news, while the most promising lead to have emerged in several months, nonetheless presented new questions about the case. Chief among them, how had the flaperon managed to turn up on Reunion Island, well out of the way of the expected crash site?

The appearance of the Boeing 777 debris also managed to rekindle various conspiracies pertaining to Diego Garcia, an atoll that is home to a military base located within reasonable distance from Reunion Island. Such theories were offered by researchers that included Marc Dugain, who had spoken with sources that confided to him that the base on Diego Garcia may have been involved in the disappearance in some way. However, there have been some that dispute this idea, such as a personal contact of mine, who provided a number of reasons why, in his experience, the Diego Garcia connection seemed unlikely, as was discussed here). 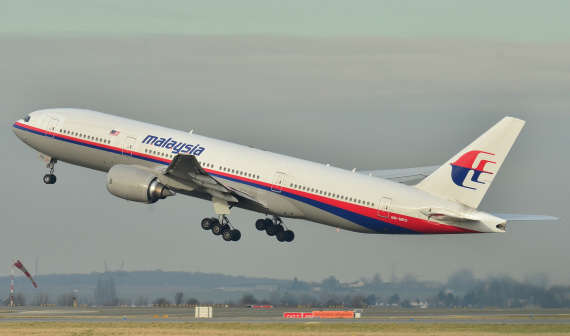 More issues began to arise as the investigation into the origins of the 777 flaperon continued. Discussing the peculiar way the debris had been almost completely covered in goose barnacles, oceanographers suggested inconsistencies with the way such a large piece of aircraft remnant would be expected to have been carried by ocean currents. As the days turned into weeks, with no official determinations having been made, news that an identifying plate on the flaperon had been missing or removed, and that an analysis of the object failed to match existing maintenance records for MH370, aroused further confusion. Had the flaperon found at Reunion Island belonged to MH370 at all, and if not, what other plane could it possibly have belonged to?

Then, on September 3, 2015, BBC News reported that French investigators had, finally, made an official determination about the flaperon's origins:

In August Malaysian Prime Minister Najib Razak said the wing part... was from the Malaysian Airlines Boeing 777, which disappeared 18 months ago.

French investigators took a more cautious approach, but have now confirmed that one of three numbers found on the flaperon has been formally identified by a technician from Airbus Defense and Space (ADS-SAU) in Spain, which made the part for Boeing.

The formal identification by French authorities arrived just within five weeks of the discovery of the debris at Reunion Island. According to Australian authorities, it is believed that the aircraft, which managed to be tracked even after the plane's transponder went offline, via signals called "handshakes" received via satellite, in addition to one possible ground source that occurred later. It is currently believed that the plane was operating on autopilot at the time the aircraft went down.

Despite the official recognition of the flaperon as having belonged to MH370, enough questions remain that it can still be argued, and safely so, that the mystery of MH370's disappearance is probably far from being resolved. And that's if any true, complete resolution is even attainable. We may never fully know the conditions that led to the crash, as well as the motivations of any individuals involved in the event that the incident had, in fact, been anything more than just an accident.

Is Human Technological Growth a Recipe For Future Disaster?