It is perhaps the greatest problem any serious scientist or researcher of mystery animal reports will face: the ever-lacking presence of decent photographs to document experiences of those who maintain they have seen the extraordinary. Often it is the case that the images simply don't measure up to the descriptions given by the witnesses themselves; though even in the cases where decent photos or footage do exist, more than this is needed in order to present a compelling argument which science would accept.

Perhaps the most famous and controversial scenario of this sort entails the famous Patterson-Gimlin film, purportedly depicting a female Bigfoot strolling through Bluff Creek, California, in late 1967. It is, arguably, the best piece of film claiming to show a Bigfoot that has ever been made; and yet, it has nonetheless failed to present evidence supporting the creature's existence that's strong enough to convince the scientific community of why we need further inquiry. Good looks aren't everything, after all.

While we're on the subject of aesthetics, though, it is important to consider what else footage of a creature like the Patterson film has managed to achieve, especially in the cultural sense. Its status in popular culture is almost unprecedented, and when many think of "Bigfoot," they don't perceive some gigantic, hairy, manlike beast stomping through the forest; they think of that film. In other words, for many, that film is Bigfoot, period.

Although "Patty" may still leave much to our imaginations, it is through those who are able to share the images within their minds that cultural archetypes like Bigfoot are presented with renewed clarity. In short, what we lack in photos, we sometimes gain with artistic renderings based upon them. 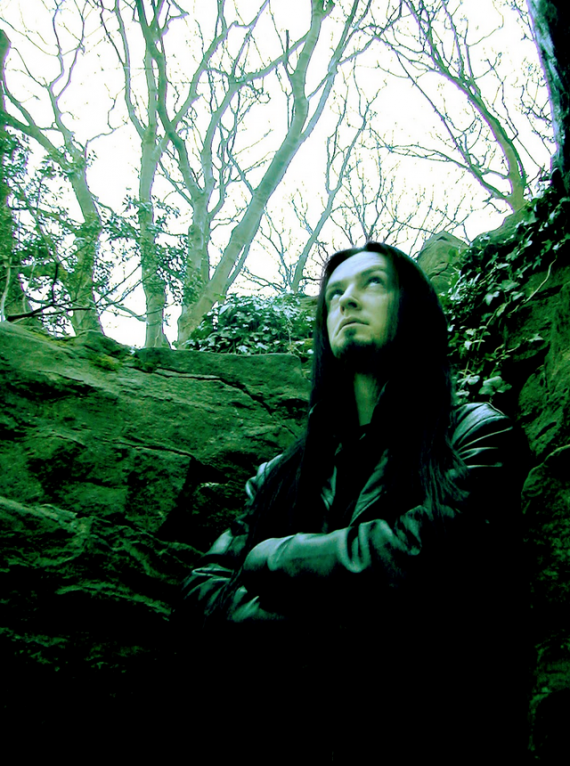 Some time ago, I was contacted by a gentleman named Sam Shearon who, at the time, introduced himself as an artist and cryptozoology enthusiast.

The introduction was humble, to say the least. English-born Sam Shearon, otherwise known as "Mister-Sam", has produced art for some of the greatest names in hard rock, including Rob Zombie, Iron Maiden, and Rammstein, to name a few. His dark compositions have similarly adorned comic covers and illustrations in books and other media, most notably Clive Barker's seminal Books of Blood.

The aforementioned exploits had been quite enough to capture my attention, and Shearon and I have remained in regular contact ever since his relocation to southern California, corresponding about such things as world mysteries and, yes, cryptozoology. In fact, it had been tales of a fearsome local monster near Sam's home back in the UK many years ago that inspired him to put his paints to work, compiling a rendering of a mystery creature known as "The Beast of Lytham."

Mister-Sam and the Beast of Lytham

"It was like a monster out of Doctor Who," the old man said. "It needs tracking down."

Thus were the words of a frightened Willie Davidson, a 69-year-old painter and decorator who had told the Daily Mail he had been playing bowls near Green Drive, when heard something stirring behind him. "I heard a snarl behind me," he said, before turning to see something that terrified him.

Another local resident described her sighting of the beast. "I could tell it was the size of a labrador, but looked more like a hare. It can't have been either.

Shearon took to the countryside, heading out to meet several of the witnesses and gather their descriptions of the monster. Some described something resembling "Wyle E. Coyote", while others supposed the thing had been a remnant from a herd of muntjac deer that were brought to Lytham Hall more than a century earlier. Still others insisted it must have been some large species of cat, or perhaps a dog or wolf.

It was through his interest in documenting eyewitness testimony of the animal with his art that Shearon managed to attract the interest of publications ranging from the UK's Fortean Times, to art displays at events hosted by John Downes' Centre for Fortean Zoology. Such was the case at the Weird Weekend festival the group held, which occurred around the same time as Sam's investigations of the Lytham mystery beast were making headlines.

Bigfoot: From Film, to Imagination and Back

Shearon's interests haven't been limited solely to creatures of the English countryside. The aforementioned Patterson Film and its controversial subject similarly caught the darkened gaze of Mister-Sam, inspiring him to create renderings of the American Sasquatch based on the creature depicted in Patterson's film.

"This is the first of many cryptozoological creatures," he told me. "I've cataloged 400 up to now that I'm wanting to illustrate and produce as prints." It would be truly amazing if, one day, a larger volume of these renderings were made available, but fortunately for the art enthusiasts among us, we don't have to wait for that in order to obtain quality prints of Sam's work: Sam's prints are available now through his website.

Sam's renderings of the Patterson Bigfoot are dark, brooding, and eerie; themes which carry over from his more popular horror art. Yet in their detail, they capture in many ways what Patterson's film does not: striking visual details about a creature long supposed to exist, and yet shunned largely in the minds of academicians.

An argument which has been brought against Patterson's film in the past is that, ironically, the creature it depicts may in fact be a hoax which had been "inspired" by an earlier report. The story in question had been related by a Mr. William Roe, who several decades earlier claimed to observe an odd, primitive-looking female humanoid on Mica Mountain, Washington. Roe famously documented his observation in great detail in a signed affidavit, with hope that the information about his observation might be useful in the further documentation of these animals. The images supplied with the affidavit, rendered by Roe's daughter at his direction, were functionally useful, though somewhat crude. Compared with Shearon's renderings based on Patterson's film, we are afforded what is, perhaps, a more realistic representation of how the creature might have looked.

I've blogged in the past about my love for eerie artwork, particularly paintings of those like Edward Robert Hughes, and his remarkably strange “Oh What’s That in the Hollow”. I first observed this particular painting as the cover of a paperback edition of Bram Stoker’s Dracula; the macabre undertones it presents with its subject, a man overgrown with thorns and dog-roses, drew inspiration from a classic poem by Christina Rossetti called ‘Amor Mundi’, first published in 1865, which features the lines, “Oh, what’s that in the hollow, so pale I quake to follow? Oh, that’s a thin dead body which waits the eternal term’.”

With it’s haunting undertones that bear the mild musk of death, apparently the publishers must have thought it would also serve as a good representation for Dracula, too. Incidentally, while Sam Shearon's art and cryptozoological interests are the primary items of discussion here, as I write, Shearon is presently portraying that most famous blood-sucker in a stage production based on Stoker's novel.

I recommend that those with an interest in cryptozoology, as well dark art of the macabre, visit Sam's Facebook page, as well as his online store, where you can obtain quality versions of his work. While scouring the globe in search of mystery animals that are often rather camera-shy, it is fortunate for us that artists like Mister Sam Shearon put their talents to work for us, and allow the monsters of the imagination to make an occasional appearance on the colored canvas just as well.

What Was the Weird Light Seen Over Colorado Last Weekend?