During World War II, the skies were ablaze with the rumbling sounds of aircraft, thunderous explosions, and gunfire, raining down relentless death upon the landscape in a seemingly never-ending cacophony of destruction. Across the battlefields of Europe it seemed that there was virtually nowhere safe from this death from above, and the skies were certainly a place to be greatly feared. Yet at least in most situations this mayhem came from an identifiable enemy. You were either being attacked by the Allies or by the forces loyal to the Nazis. In most cases, if one were to be targeted by some aircraft from above, at least they could be sure from whom the inevitable death was being dealt and that they were human. However, in the annals of WWII mysteries there are cases when such distinctions cannot be made with certainty. One such case comes to us from the battle scarred terrain of Northern Italy, where the frightened populace seemed to be under siege from a mysterious aircraft that stalked the skies bringing the specter of death, and for which its origins, allegiances, agenda, and indeed whether it was even under human control at all remain unknown.

During World War II, the people of Northern Italy were in quite a harrowing situation. On one side they had their own fascist government and on the other their Nazi allies which seemed to enjoy harassing the Italian populace as much as much as they did the enemy. When the Nazis began retreating from the relentless advancing Allied forces, the innocent Northern Italian civilians were caught in the crossfire, eking out an existence in a ruthless world where it seemed they had no friends and in which terror reigned. Yet there was to be yet another frightening force to contend with, when out of the night skies there began to prowl an elusive, mysterious lone fighter plane which descended to rain down destruction upon the countryside and came to be known to the cowering people as “Pippo.” It seems like a rather silly sounding name, like something a cartoon character would have, yet there was nothing silly about what it meant to the people who heard its distinctive sound approaching. 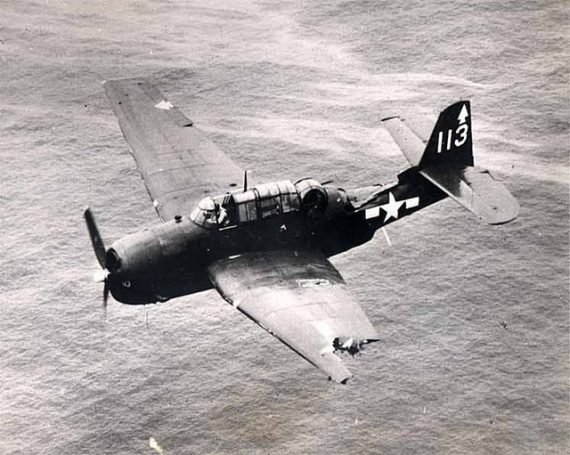 Pippo was said to appear only at night, always alone, and would most often perform punishing strafing runs on seemingly indiscriminate targets, either firing with its blazing machine guns or dropping fiery bombs. Sometimes it was said to deploy rather bizarre ordinance, such as exploding pens, incendiary flares, or poisoned candy. Sometimes it was known to drop so-called "butterfly bombs," which was interestingly a German 2 kilogram anti-personnel submunition used by the Luftwaffe. The mystery plane seemed to have no rhyme or reason to its choice of targets, unleashing death upon everyone from both Axis and Allied soldiers, to innocent civilians, to farmers working their fields. At other times, the plane would not attack at all, and would merely circle overhead for some inscrutable reason known only to it, all the while emanating that strange, haunting sound said to be unlike any other known aircraft. The terrified people deeply feared the plane, and would retreat into their homes at the slightest sign of the unique, unmistakeable, and rather strange unsettling “pip-pip” sound it was said to make, perhaps the origin of its relatively non-threatening sounding name. Once inside, the lore suggests that it was necessary to turn off or block all lights or else the phantom plane might choose your house as its next target.

Most of the time the bizarre plane remained unseen and cloaked in darkness, its odd sound and the destruction it delivered the only evidence that it was even there at all. In every case, Pippo would appear from nowhere, go about its dark work, and then simply vanish. In more than a few cases it was said to sometimes vanish into thin air right in the middle of one of its attacks, as if it had never been there at all, with only burning rubble and dead bodies testament to the fact that it had made its presence known. It is unsure just where Pippo came from, what type of plane it was, or who was piloting it. Those loyal to the fascist government regime blamed the plane on the Allies, while those siding with Allied Forces thought it to be a Luftwaffe or Italian Air Force aircraft. Most of the terrified people claimed that there was no pilot at all, and that it was a ghost plane powered by some malevolent force loyal to no one or even the devil himself.

There are scarce records of this phenomenon in the official aviation literature. Accounts of Pippo are known of mostly through oral tradition, letters, diaries, and newspaper reports, but as phenomenal as the idea of a spectral plane flying solo missions over the Italian countryside may seem, it has been mostly agreed upon that the stories have some grain of truth to them and were likely based upon an actual plane. However, it is not clear just what its origins could have been. One possibility was that it was the Italian government orchestrating a propaganda campaign against the Allies or some kind of psychological warfare, by having one of their own planes attack its own civilians and then blame it on the enemy to turn public opinion against them. Others say it was some loose cannon pilot waging a personal vigilante war against his enemy, perhaps on some unknown vendetta. There is also the possibility that the plane could have been one of the many tactical night missions launched by the Allies in the aftermath of gaining the upper hand in Italy. At this time, there were numerous solitary sorties done in the dark of night which were meant to halt German troop movements and prevent them from reinforcing their ranks. For such perilous missions, the Royal Air Force made much use of a type of aircraft called the de Havilland Mosquito, which was known for its rather unusual and distinctive buzzing drone, a fact that could explain the persistent detail of Pippo's unusual sound. It has been surmised that the planes on these solo night missions, such as the Bristol Beaufighter, Northrop P-61, or de Havilland Mosquito, may have given rise to the stories of a lone ghostly plane terrorizing the populace. Still others stand by the theory that Pippo was exactly what many of the citizens thought it was; a phantom or ghost hellbent on some unknowable purpose.

Whatever Pippo was, it is certainly not an isolated case of a solitary phantom plane wreaking havoc. Folklorist Alan Perry wrote in an article in the Journal of Folklore Research about other such planes, such as a mysterious attack craft dubbed “Reccie Joe,” which harassed the U.S. Army Air Forces’ 416th Night Fighter Squadron in World War II, as well as “Bed-Check Charlie” in North Africa and Italy, and “Washing Machine Charlie,” a ghostly Japanese fighter which allegedly attacked marines in Guadalcanal. Then there are of course the various reports of spectral Lancaster bombers roaming the countryside of the United Kingdom to this day, which I have actually written about here at Mysterious Universe before.

It seems that the phenomenon of ghostly bombers and fighters is firmly entrenched within the lore of war. It seems that in our darkest times, it is not only each other we have to hide from, but also unknown agents with aims, missions, and indeed origins which remain cloudy and mysterious. What could the notorious and enigmatic Pippo have been? Is this a case of propaganda, a lone vigilante, top secret missions, the hardship of war taking its toll upon the imagination of the embattled citizenry, or perhaps even something from beyond the world as we know it? The first and second World Wars are indeed inundated with mysteries and urban legends, and among these the curious case of Pippo the spectral fighter remains strong.