Two Guys, a Lizard and a UFO See Water on Mars

Are you excited about NASA’s announcement that liquid water has been confirmed to exist on Mars? You’re probably more excited than three recently-discovered inhabitants of Mars and whoever owns a UFO flying over it. Recent images show what look like two men, a lizard and a UFO on or above the Martian surface. Are they all looking for water? 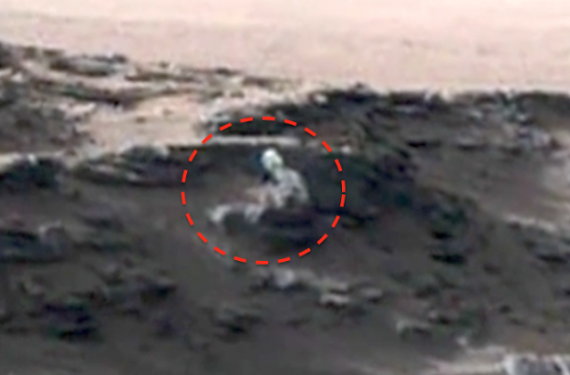 This image was taken by the Mars Hand Lens Imager (MAHLI) on the Curiosity Rover. It shows what appears to be a man or a statue of a man sitting or a Martian on the ground … or perhaps he’s bathing in a Martian pond. The look on his face may be an indication that water on the Martian surface is really cold. 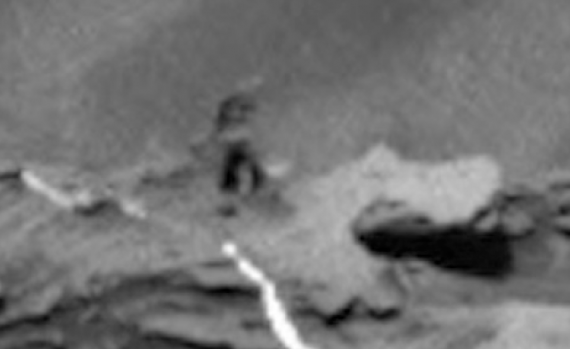 This photo taken by Curiosity shows what looks like a man or a statue of a man or a Martian walking … possibly bringing water to other beings. The line the being appears to be crossing may be a small stream he got the water from.

We’ve seen what look like lizards or reptilian statues on Mars before but never a skeleton like this. It appears to be the fossilized remains of Martian reptile … one that looks like it may have died of thirst when the waters in its area dried up. It’s unclear how large this creature may have been. 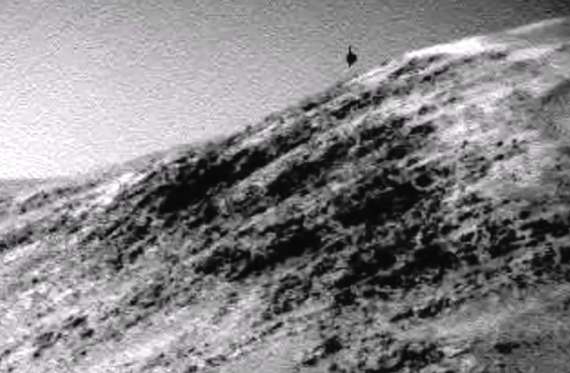 Perhaps the owner of this UFO could answer that question. This image was taken by the Mars Opportunity rover. With those arms protruding out of the top and bottom, perhaps it’s looking for water like a hovering divining rod … there’s a technology we could use back here on Earth.

After you add these four to your list of strange things found on Mars, take a moment to appreciate the verifiable discovery of water on the planet’s surface which is necessary for living creatures on the planet … creatures like men, lizards and aliens.

UFOs Over Guadalajara May Be Warnings of Colima Eruption