As most people with more than a passing interest in the UFO phenomenon will know, June 24, 1947 marked the beginning of the era of the Flying Saucer (or of the Flying Disk, as they were also known back then). Of course, the skies of our world were filled with strange aerial phenomena pre-1947. Take, for example, the Phantom Airships of the late 1800s, the Foo Fighters of World War Two, and the 1946 wave of Ghost-Rockets over Scandinavia. And if you're so inclined, you can dig even further into the past, with tales of such controversies as Ezekiel's Wheel, the Star of Bethlehem, and much more. But, it's June 24, 1947 that really got things moving big-time.

June 24 is also the date on which a number of famous figures within Ufology took their last breaths. Yep, we're talking about aliens, investigators, and a deadly date. We'll begin with the matter of crashed UFOs. Or, in this case, an alleged crashed UFO. Frank Scully was the author of a 1950 book, Behind the Flying Saucers. His book was a big seller and introduced fans of all-things saucer-shaped to the world of dead aliens, to wrecked and recovered saucers, and to the secret storage of ET corpses by Uncle Sam. It was a book that provoked a great deal of controversy in the UFO research arena. It still provokes a great deal of controversy! Frank Scully died on June 24, 1964. 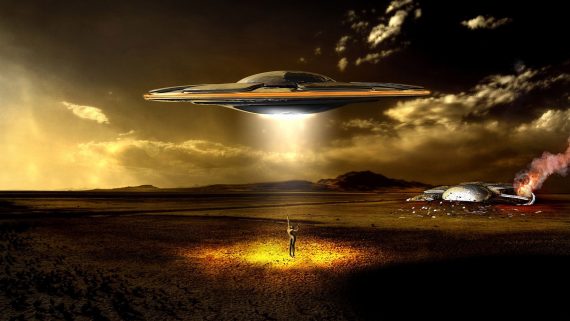 In March 2015, I wrote an article here at Mysterious Universe titled: "UFOs: Microwaved To Death?" It began as follows: "Next month, April 2015, will mark the 50th anniversary of a British UFO encounter that, while not exactly having become lost to the fog of time, is certainly no longer addressed to any significant degree. It’s a classic Contactee-style event that is made all the more controversial by the possibility that it may actually have had nothing to do with UFOs, after all. It may well have been a staged event, one in which the witness was led to believe he had a UFO sighting. If that has caught your attention, read on."

The article continued: "The story revolves around a man named Ernest Arthur Bryant, a resident of an old village in the English county of Devon called Scoriton. Or, as some prefer to spell it, Scorriton. As for Devon, it’s an ancient and mysterious land, and which is made famous by the fact that Sir Arthur Conan Doyle set his classic Sherlock Holmes novel The Hound of the Baskervilles in Devon’s Dartmoor National Park."

The story is a very weird one, encompassing what may or may not have been a genuine UFO and its occupants, as well as secret mind-altering technologies that might have led to Bryant's untimely death. Ernest Arthur Bryant died on June 24, 1967. 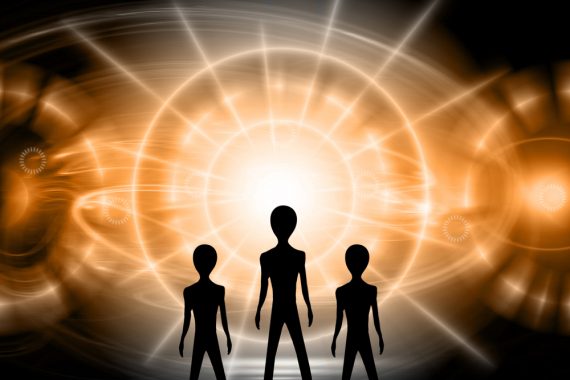 Richard Church was a young man who was active on the UFO scene in the 1960s, and who ran a group called CIGIUFO. That is, until the Grim Reaper came calling. Church was taken at a very young age. Just before his death, Church completed the writing of a manuscript on the connection between UFOs and the CIA. He had sent the manuscript to Frank Edwards' publisher for review (Edwards being the author of Flying Saucers - Here and Now!, among others). Church didn't live to see what the publisher thought of his book, however. He died on the very same day as Ernest Arthur Bryant: June 24, 1967.

The aforementioned Frank Edwards' most famous book (for ufologists, at least) was Flying Saucers - Serious Business, which was published in 1966. Edwards died shortly before midnight on June 23, 1967. However, in UK time that would have been the early morning of June 24, 1967 - the very same date on which Ernest Arthur Bryant died in the UK. Edwards' death was announced on June 24, 1967 at the Congress of Scientific Ufologists in New York City.

In part-2, we'll see how the grim list of deaths on June 24 continues.

The Waking Nightmare: Can Dreams Extend Into Our Waking Reality?