Part-1 of this article introduced you to a varied body of deaths in the field of Ufology, all of which occurred on one specific date. That date was June 24. Way back in 1947, June 24 was the date on which Kenneth Arnold had his now near-legendary UFO encounter at Mt. Rainier, Washington, State. It was an encounter that gave birth to the Flying Saucer phenomenon. And with that said, let's now continue with our look at ufological deaths on June 24, which began - in part-1 - with Frank Scully, Ernest Arthur Bryant, Richard Church, and Frank Edwards.

Willy Ley was a German-American science-writer, engineer, the founder of the German Rocket Society, and someone who was very interested in UFOs and alien life. As one example of many, in 1958 he wrote an article for Science Digest titled "What Will 'Space People' Look Like?" NASA notes of Ley: "The German expatriate Willy Ley, had worked with some of the builders of the V-2 personally and had described his experiences, and their hopes, in his book Rockets, Missiles, and Space Travel. The first version, titled Rockets, appeared in May 1944, just months before the first firings of the V-2 as a weapon. Hence, this book proved to be very timely. His publisher, Viking Press, issued new printings repeatedly, while Ley revised it every few years, expanding both the text and the title to keep up with fast-breaking developments."

Moving on to the matter of the "ancient astronauts" controversy, one of the leading figures in that field was the late Robert Charroux. His books included The Mysteries of the Andes, Masters of the World, The Gods Unknown, and Legacy of the Gods. The big mother-ship in the sky came to pick Charroux up on June 24, 1978. Then there's the matter of the late comic-legend, Jackie Gleason.

Outside of Ufology, not many people know that Gleason had a longstanding interest in UFOs and had a huge and impressive library of books on the subject. There is a weird (as in massively weird) story of how Gleason was supposedly taken - late one night in 1973 - to Homestead Air Force Base, Florida. By whom? By President Richard M. Nixon, that's who! The two were close friends and golfing-buddies. So the story goes, Nixon arranged for Gleason to see a number of dead aliens preserved (in freezer-style) in a secret and secure inner-sanctum at Homestead.

Rather than being excited and amazed by the sight of the dead things (which, reportedly, were far from being in good condition), Gleason was supposedly shocked and traumatized to a very significant degree. He told the story to a number of people, including his second wife, Beverly McKittrick, and Larry Warren - a U.S. airman involved in the famous UFO incident at Rendlesham Forest, England in 1980. Yep, it's a wild story. Even wilder, is the date on which Gleason died in 1987: June 24. 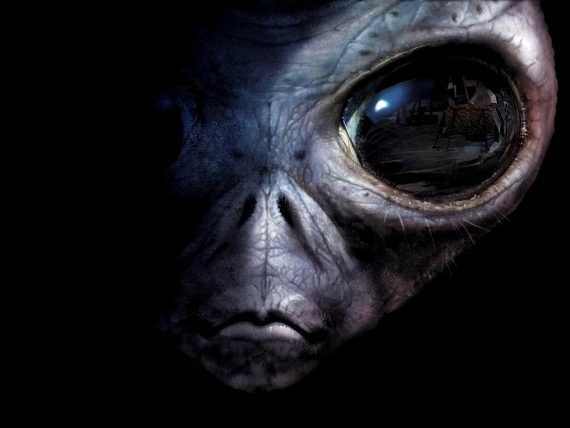 OpenMinds states the following: "In an interview with Gleason’s second wife, Beverly McKittrick, by Esquire Magazine about a book she was planning to write, she revealed that Gleason had told her that Nixon had shown Gleason alien bodies. The story goes that Gleason arrived home unusually late on the evening of February 19, 1973. Worried, McKittrick questioned his whereabouts. She said in the interview that his face looked 'haggard', and that he said he had been to Homestead Air Force Base and had seen alien bodies. He described them as small, 'only about two feet tall, with bald heads and disproportionately large ears.'"

And, finally, the publisher of many of Frank Edwards' books on UFOs and unsolved mysteries was Lyle Stuart. He died, at the age of 83, on June 24, 2006.

Of course, those who are skeptical of the idea that there is some significance to these deaths and the date in question, would likely have an answer to all this. They would probably say that one could check out the dates of all the deaths in Ufology over the last near-seventy years and find half a dozen people who died on January 6, or on August 3, or on April 28 or on...well, the list goes on. I don't dispute that. But, it's important to remember that none of those other dates have the infamy attached to them that June 24 does. Maybe it's coincidence. Maybe it's not. Maybe there's more going on. Maybe you should take great care when the next June 24 comes around.

Exploding African Lake May Be Getting Ready to Erupt Again