A few nights ago I was interviewed on Richard Hoagland's radio show and we spent a lot of time discussing one of my recent articles here at Mysterious Universe. It was the one on UFO Disclosure, the complete and utter naivety of those who support it, and my "seen it all before" comments. It was this article that led us into another, somewhat related, topic. Namely, how come the media - given its attention to breaking and/or understanding Watergate, Iran-Contra, the WMD situation, and the Edward Snowden affair - has never been able to blow the lid off the UFO secrecy and secure the disclosure so many seek and hope for?

The skeptics and debunkers would say - and they have said - that this glaring issue of the world's leading journalists not having cracked something like Roswell, is because nothing of an extraordinary nature occurred back in the summer of 1947. That's not true. And the outrageous thing is that those same skeptics and debunkers know exactly why the mainstream, influential press has not solved Roswell. They prefer, however, to spin and weave as they see fit. 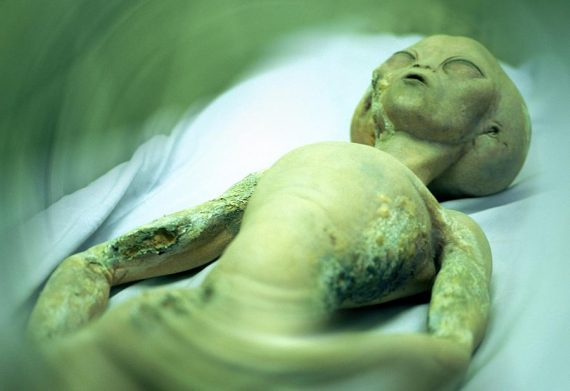 The answer as to why the media hasn't resolved something like Roswell is extremely simple and has nothing to do with a lack of potential data to be found. To put it bluntly, the media has never solved Roswell because it has never gone after Roswell (or any other major case of a UFO nature) in the same way, and on the same scale, that it has with the "Big Four" above: Snowden, Watergate, Iran-Contra, and the Weapons of Mass Destruction.

Yes, there's no doubt that the media - of numerous nations - has extensively covered the UFO controversy, and has done so since 1947. The number of articles written by the press, since the 1940s, must surely be well into the thousands. Maybe tens of thousands. But, the typical type of UFO story that the media generally provides its readers/viewers with is not on a par with what one would expect to see on the four above. Some might say the subject is not worthy of such similar coverage. I would suggest otherwise.

There may be those reading this article who take the view that when it comes to UFOs, "the government is silencing the journalists." Really? Well, "the government" didn't stop the press from breaking one of the biggest stories of the 20th century: the Watergate affair, which led to the resignation of President Richard M. Nixon. Nor was the press stopped from revealing the fact that there is a massive NSA-controlled data-collection program focused on the online activity and phone calls of US citizens. The persistence of the press meant that the facts came out - even if there were those who wished it didn't.

The very same might happen for Roswell - in theory. An aggressive, lengthy, and wide-reaching study of Roswell by one of the world's leading news outlets could well do for Ufology what it did for the "Big Four." That's to say, extract the genie from the bottle. And regardless of whether the genie wants out or not. But the media hasn't done that with UFOs and Roswell. And it won't. Here's why.

As I pointed out on the Hoagland show, being able to show people you are the person who broke something like the Watergate story, or the Snowden case (etc., etc.) is something that many journalists would give their right arm to achieve. Developing a reputation for being the journalist who chases after little green men has far less appeal for those who want to climb the journalistic ladder. But, if they would only develop a pair of balls, care less about reputations, and actually spend major time (and I do mean major time) on Roswell, they might just find - to their amazement - that there really is something there.

As another example: Bob Lazar. When, in the late 1980s, Lazar came forward with his claim to have briefly worked at a Nevada-based facility called S-4 (at which, he also claimed, recovered alien spacecraft were stored), it made many heads turn within Ufology. It also made George Knapp's head turn. Knapp, to his lasting credit, and as a respected journalist, dug deeply into the Lazar controversy. But he was one of barely a handful.

If Lazar's story is nothing but a hoax, then it's of no consequence and we should move on. And, yes, some have done that. On the other hand, if the story is true, then Lazar is a whistle-blower on the scale of Edward Snowden. Maybe even a bigger scale. Can you imagine what the outcome might have been had the world's media gone after Lazar in the late-1980s in the fashion they did with Snowden? Okay, maybe Lazar's claims would have been shown to have no merit. On the other hand, it could have resulted in the startling revelation that Uncle Sam has a fine collection of shiny UFOs and a motley collection of dead, pickled aliens. No surprises: it didn't happen.

Certainly, the media commented on Lazar's claims on more than a few occasions. But, a new Woodward and Bernstein, with major media backing and funding, to pursue the Lazar story as far as it could conceivably go, and for months or even years? Nope, no such new team was anywhere in sight. It still isn't. But it is/was when it comes to the likes of Watergate, Snowden and so on.

On the matter of UFOs, the mainstream media is very good about entertaining us, vaguely intriguing us, making slightly fun-poking comments about Ufology (granted, some of which are deserved; even I have to admit that much), and preparing a couple of columns of text to be placed at the foot of page five. On the other hand, however, that same media is downright hopeless, impotent, and lacking in vision when it comes to getting behind the UFO subject and to a degree that history just might be made in the process.

What Was This Massive, Eerie UFO Seen Over the North Pacific?