Part-1 of this article began as follows: (QUOTE) "There's no doubt that over the years I've written some weird articles on equally weird subjects. But, this 2-part one just might be the strangest of all. In the last few years I have seen a trend develop that seems to be increasing. It basically goes as follows. I am getting more and more reports from people who have read my books and who, as a result and in the direct aftermath, were seemingly targeted by the very same supernatural phenomena I was writing about. No, I'm not kidding." (END OF QUOTE) And here's part-2.

On the morning of July 16 of this year, I opened the Word document of my new Men in Black book, to finish up the final edit before it went to publication. At that very same moment, I heard a noise from one of my rooms, so I checked it out. For an hour or more, the maintenance people had been working on something on one of the exterior walls of my apartment. And, the vibration of their hammering and power-tools shook 1 of 8 framed pictures off my interior side of the wall. It had fallen to the floor, shattering the glass in the process.

It just happened to be a framed, old letter written by Albert Bender, the man who pretty much kicked off the whole Men in Black controversy in the early 1950s. Yes, I know it was the vibration of the maintenance tools that caused it to fall off the wall and shatter. It must be said, though, that the "coincidental" timing of me opening the MIB file and the MIB picture falling to the ground and the glass breaking at the exact same time was, er, "interesting." And when I say at the exact same time, I do mean precisely that: right to the second.

One month later, in August, I was on Steve Warner's Dark City show. Of course, we were discussing the MIB. During the interview, Steve experienced something very weird, involving the lights in his home. It was something which actually became a part of the interview! You can find the link to the episode here.

Now, we come to a related matter, one of equally weird proportions. Two people who told me of certain strange things that happened after they read my The Real Men in Black book, said they had near-identical experiences after reading Rosemary Ellen Guiley's book, The Djinn Connection. Another said much the same in relation to having read David Weatherly's Black Eyed Children.

This certainly opened my eyes, as I had a very weird experience (or, rather, a series of weird experiences) at the same time I was reading some of Rosemary's work on the Djinn. Over a five-day period, I was hit by an absolute wave of disasters. My air-conditioning system went out. The evening after, my apartment was struck by lighting, something which destroyed my DVD player, all my AT&T equipment, and my landline. I came perilously close to being hit too, given that only seconds before the bolt struck, I was walking up the steps to my second-floor apartment. Then, the day after that my cell-phone inexplicably stopped working for about 5 hours. And, on top of that, and a couple of days later, I was attacked by a bird! Twice! 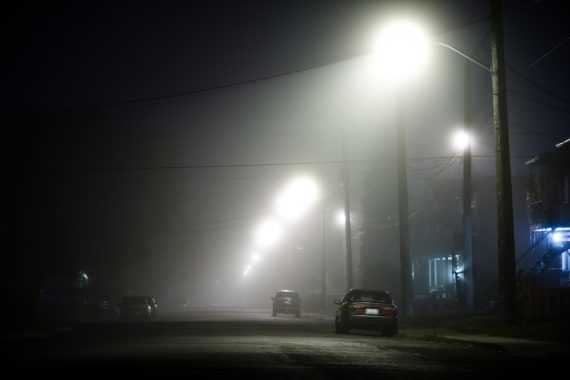 Bringing things right up to date: one of the people whose Men in Black experiences are presented in my new MIB book is a man named Steve Ray. After reading the book, just a few days ago, Steve experienced something weird, too. In his very own words: "I read the whole Kindle version of the book Sunday and Monday...Monday night I came home and found two black cars parked - headlights out - in non-assigned spaces directly facing my assigned parking space. When I came upstairs, I found my living-room lamp had been switched from its normal setting to the spookier blacklight setting - which I have no memory of doing, and I was the last one here."

Is it possible that the menacing things we read and write about - such as MIB, Djinn, and the BEC - have the ability to get their grips into us and then provoke just about everything from Trickster-like behavior to outright havoc? Yes, I think such a thing really is possible. I'm reminded of the words of Alan Bates' character "Alexander Leek" in the movie version of John Keel's The Mothman Prophecies. Leek, who is based on Keel (hence the backwards name) says to Richard Gere's "John Klein" (also based on Keel): “You noticed them and they noticed that you noticed them.”

They are words we should all remember. And take heed of, too.