Buddha May Have Left the Water Running on Mars

There’s lots of news from Mars this week. A photograph taken by the Mars Curiosity Rover shows what looks like water running down from a pile of rocks. Somewhere nearby, Curiosity also took a picture of what appears to be a statue of a seated Buddha. Did his followers or Buddha himself visit Mars? Did one of them build a tranquil waterfall for meditation and leave the water running?

The photograph of trickling water comes just weeks after NASA’s big announcement that it had officially confirmed the existence of liquid water on the red planet, but there were no actual pictures … just “signatures” and “evidence.” This image came from photographs taken in the Gale Crater and the rock formation is estimated to be about 2 meters (6.5 feet) high.

That’s tall enough to make a nice outdoor water garden for contemplating the sound of one Martian’s hand clapping. Could that be the reason for a seated Buddha statue on Mars? 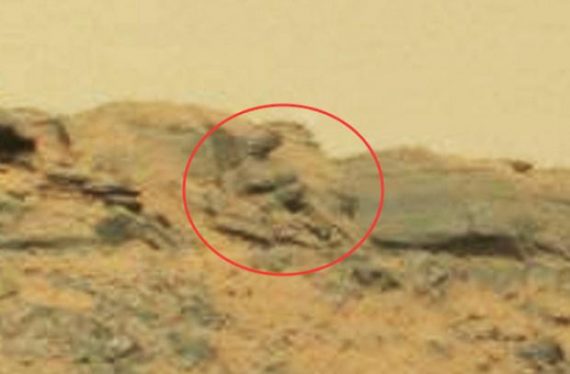 It sure looks like Buddha to a lot of people … a head, shoulders, round belly, seated position. An enhanced image brings out those details even more for those who didn’t see them the first time. 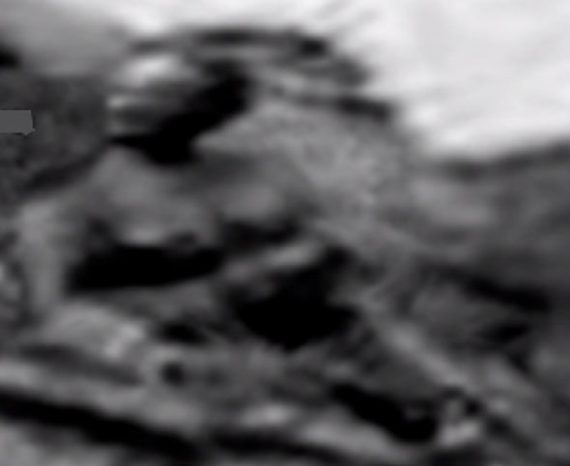 Why would Buddha be on Mars? There have been plenty of Christian religious symbols and figures spotted on planets and moons, like this cross on Mars taken by Curiosity. 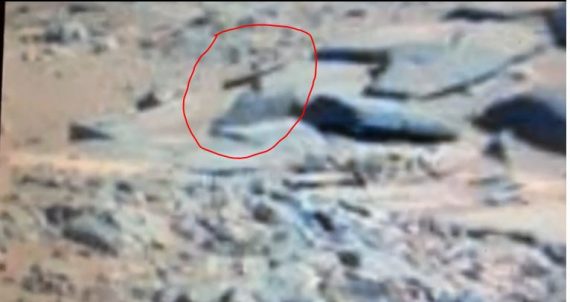 Why not another deity from Earth? Or did Buddha come from Mars to Earth? Does Mars have a separation between church and space?

Before you go yelling 'Pareidolia!', take a look at this fountain. 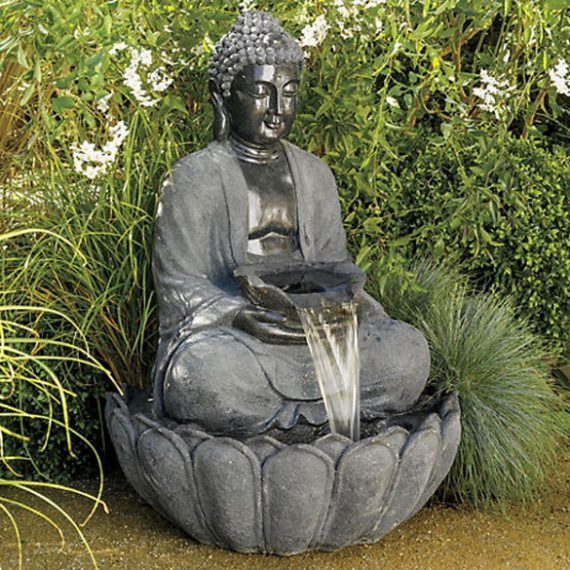 Could the Martian statue of Buddha have once been positioned on top of that nicely-stacked rock formation to pour water down in a peaceful cascade? Did someone move the statue but leave the water running?

OK, I agree that the Buddha fountain may be a stretch. That still leaves the streak that looks like liquid water. Will NASA be commenting on this any time soon?

That will happen when pigs fly or one hand claps.

Strange Video From Poland Has Viewers Puzzled and Petrified