There have long been reports of deaths that have occurred as the apparent result of sudden, inexplicable ignition of human bodies. Known commonly as spontaneous human combustion (SHC), these incidents often involve individuals who were at home by themselves at the time of the fire, later to be found partially (or completely) incinerated, while objects nearby may appear strangely unscathed.

Strange though these cases remain, the majority of reports of this alleged phenomenon have taken place indoors, suggesting environmental causes such as faulty wiring, flames escaping a fireplace, or other similar causes. Few are the spontaneous combustion events that have occurred outdoors, though one such incident, which bears its own unusual set of circumstances, presents us with possible connections to other natural phenomena, too: namely that of ball lightning.

The case in question occurred in Hungary in May of 1989, along a roadway near the village of Kerecsend, outside of Budapest. The account was presented by G.T. Meaden, editor of the U.K. Journal of Meteorology, who described the tale as follows:

The victim was a 27-year-old engineer within whose body, it is conjectured, ball lightning formed. The man had stopped his car and walked to the edge of the field about 10 meters distant to urinate. Certainly his wife who had remained behind in the car saw that the young man was surrounded by the blue light. He opened his arms wide and fell to the ground. His wife ran to him, noticing that one of his tennis shoes had been torn off.  Although it looked hopeless she tried to help him, but soon after she was able to stop a passing bus. Amazingly, the bus was filled with medical doctors returning from a meeting; unhappily they immediately pronounced the man was dead.

An autopsy carried out shortly afterward noted a number of bizarre conditions, ranging from damage to the lungs, to a complete carbonization of the man's stomach. "This is indicative of internal combustion," Meaden noted, "just as the blue light is proof of atmospheric electricity, while the damaged heel and shoe are indicative of electrical earthing." 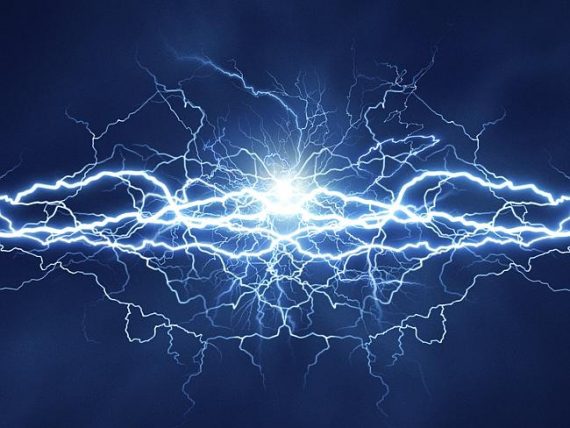 As suggested earlier, one theory about the case involved the notion that ball lightning may have been the trigger in the events that led to the Hungarian man’s death. Before continuing, a similar circumstance comes to mind here, again from the archives of Britain's Journal of Meteorology, having appeared five years earlier in 1984 and telling of a very strange “attack” on a group of Russian campers that involved a glowing yellow ball of lightning:

I woke up with a strange feeling that a stranger had made his way into our test. Thrusting my head out of the sleeping bag, I froze. A bright-yellow blob was floating about 1 metre from the floor. It disappeared into Korovin's sleeping bag. The man screamed in pain. The ball jumped out and proceeded to circle over the other bags now hiding in one, now another. When it burned a hole in mine I felt an unbearable pain, as if I were being burned by a welding machine, and blacked out. Regaining consciousness after a while, I saw the same yellow ball which, methodically observing a pattern that was known to it alone, kept diving into the bags, evoking desperate, heart rendering (sic) howls from the victims. This indescribable horror repeated itself several times. When I came back to my senses for the fifth or sixth time, the ball was gone. I could not move my arms or legs and my body was burning as if it had turned into a ball of fire itself. In the hospital, where we are flown by helicopter, seven wounds were discovered on my body. They were worse than burns. Pieces of muscle were found to be torn out of the bone. The same happened to Shigin, Kaprov, and Bashkirov. Oleg Korovin had been killed by the ball—possibly because his bag had been on a rubber mattress, insulating it from the ground. The ball lightning did not touch a single metal object, injuring only people.

It is interesting to note in the description above that the narrator had become aware of the presence of the ball lightning due to having awakened thinking “a stranger had made his way into our tent.” A further similarity may be noted here, in relation to a story shared by researcher Mike Clelland in which a strange orb of light appearing within his tent evoked a sense of “irrational fear.” Whether or not the object Mike observed had been related ball lightning, or whether the onset of sudden fear or anxiety could be linked to the phenomenon, is inconclusive, of course. Nonetheless, it is interesting to make note of this apparent similarity between reports.

Returning to the Hungarian incident, this strange combustion death eventually came to the attention of U.S. researcher S.L. Wernokoff, who compared it to incidents where livestock had been killed in similar fashion, noting the presumed source of electrocution in those incidents:

The very first thing that comes to mind is whether overloaded high-tension or low tension wires were anywhere nearby. Since this incident occurred at the roadside, nearby power lines may well have been present. If such lines are overloaded or badly insulated, fatal arcing can occur from the ground at a considerable distance from the power lines. This has happened often in our country [the U.S.], in rural areas where public utilities have quietly exceeded the capacity of their lines. The resulting discharge can easily electrocute livestock over a quarter mile away from the leaky H/T lines. I would wager that the Hungarian utility agencies are guilty of the same practice. Personally I suspect that this unfortunate young man may have been electrocuted through his own urine! The “blue light” witnessed by the victim's wife may have been St. Elmo's fire and ungrounded luminous Corona visible around the victim in the humid, pre-thunderstorm conditions. The hole in his heel and tennis shoe indicate where the current finally grounded itself.

The conditions Wernokoff describes here present a very strange circumstance, though not an implausible one. It may also present a coherent solution to one among the multitude of enduring cases that involve spontaneous human combustion, and with it, perhaps we also learn of conditions that might help us understand similar cases where this strange and scary phenomenon may have occurred. But if atmospheric conditions might cause a man to become enveloped in blue light in the middle of a field, leading to his untimely death, could they occur indoors just as well, resulting in an actual spontaneous combustion? 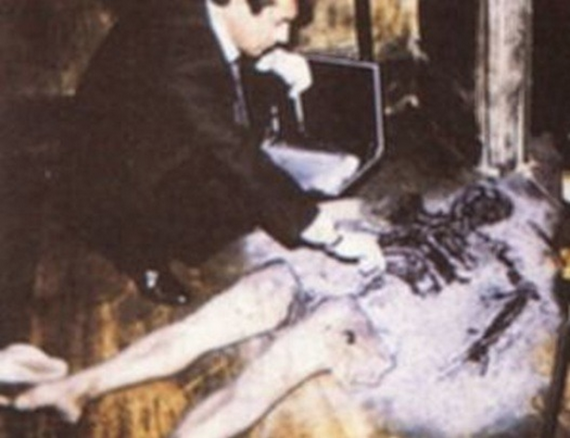 To the contrary, while it has been suggested that the SHC might be triggered by rare chemical reactions occurring within the body, more likely the so-called "wick effect" is to blame, in which clothing catches fire, and the fatty tissues within the body, much like a candle, are able to sustain a long, slow burn that may not cause similar damage to the surrounding area. However, perhaps the most convincing theory proposed in recent years as to how bodies in proposed SHC cases may burn both quickly, and almost completely, involves the presence of acetone produced in the bodies of people suffering various pathologies (an excellent presentation on this subject can be viewed here, in a lecture by SHC researcher Brian Ford).

In other words, what this really may tell us is that there are variety of conditions which might lead to apparent SHC events; in the case of the Hungarian man, the circumstances presented were obviously external, environmental triggers. While not truly a "combustion" event, perhaps in some ways this case had not been entirely unlike those more commonly associated with SHC.

In conclusion, perhaps it is a cautionary tale just as well: when stopping by the roadside to have a wee, one should always note current atmospheric conditions, and above all, be aware at all times of your proximity to high-tension power lines.

Into the Pit: Eerie Stories of Sex, Sasquatch, and Abduction