Monsters of the Black Forest

Robert R. Lyman, Sr. (1870-1963), was someone who spent decades carefully collecting and chronicling reports of odd events, curious tales, and spooky legends; many from the Black Forest of north-central Pennsylvania. It was an area that Lyman had a particular fondness for. While many of the accounts were of the ghostly and supernatural variety, others were of a distinctly beastly kind. And they were varied and weird in the extreme.

Lyman said that “old timers” and “yarn spinners” in Potter County told him of the so-called “Sidehill Mootie.” A bizarre beast, it had one leg shorter than the other! Lyman explained that, according to his sources, “It was built for the county’s steep hills and could travel only in one direction around the hill. If alarmed, so that it turned around, it tumbled down the hill and could easily be captured alive.” It was, he added, “very ferocious.”

Lyman also recorded that local Native Americans told of “the most dreaded of strange, forest animals.” It was a creature with the very odd name of the “Hide-Behind.” Lyman explained that: “No-one ever saw one of the creatures because they always hid behind a tree. But everyone knew that they often followed travelers through the woods.” 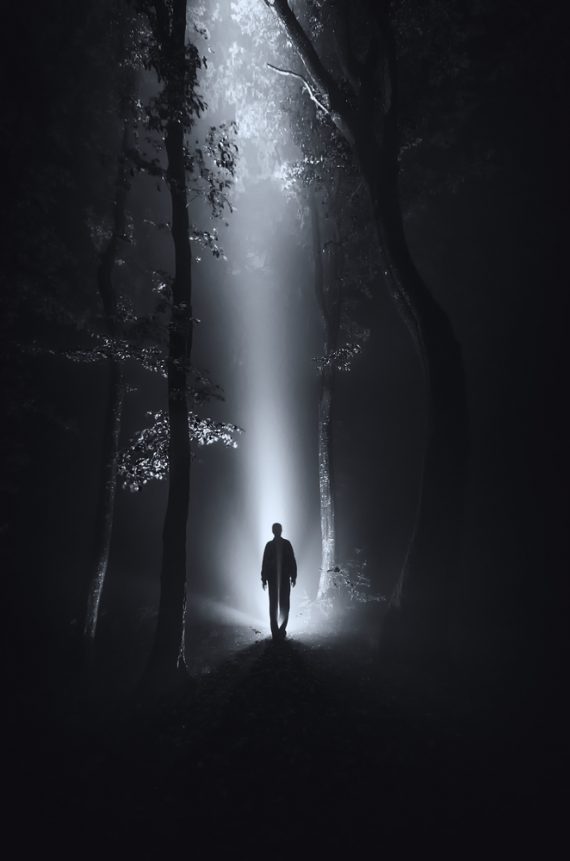 He expanded further on the nature of this near-unique (and highly unlikely!) critter of the woods: “If a person was afraid of them and kept looking back, the hide-behind would torment him into a panic. It took a brave man to be the last in line with a group walking through the woods. Old woodsmen said the only way to overcome the fear of the hide-behinds was to ignore them.”

The Black Forest was also reportedly the home of a terrifying serpent, the “Hoop-Snake.” Once again, Lyman had intriguing data to impart on the nature of this deadly thing, which moved across the ground by placing its tail in its mouth and rolling along like a wheel! He elaborated: “As it came close it snapped its tail loose and struck its prey with a poison stinger. Escape was possible by jumping into a tree. The snake would strike the tree with its stinger and, unable to pull it out of the wood, the snake could easily be killed. The stung tree usually died.” Yes, of course it did...

Other unique creatures of the forest included the Fulleramo Bird, which flew in a very odd fashion: backwards, no less! Recognizing the humor in this, Lyman said: “It never saw where it was going and often hit people in the face! It could make a weird whistle through its tail.” Quite.

Far less humorous was the “Sharp-Tailed Hodag.” According to Lyman, “It was equipped with massive jaws and stout dorsal spines. It was very fond of live dogs which it sopped in mud before devouring. It could be tamed and taught to cut grain with its scythe-shaped tail.”

Of course, Lyman was no fool, or uncritical commentator. In that sense, he recognized that these Black Forest tales had an air of the mythological and the folkloric about them. He didn’t, however, rule out the possibility that the accounts may have had some basis in reality. He closed his study of the bizarre beasts of the Black Forest with the following words:

“During the long, winter evenings story-tellers would yarn away for hours about all these, and more, impossible creatures. Mothers would tell these tales to wide-eyed children to make them fear the forest, so they would not wander away and get lost. They grew up half believing that the strange animals were an ever present hazard. Today, these weird creatures have all passed away, and so have the talented story-tellers who kept their memory alive. Except for a few recorded accounts, we would never know the entertainment provided by the folklore tales of our ancestors.”