A private citizen named Kipp Teague has been archiving for NASA all of the photographs taken by the crews of the Apollo moon missions. This week, he created an online account called the Project Apollo Archive and made over 11,660 of these photographs available to the general public. Many of the photos are absolutely spectacular. Many of them contain images of UFOs. Did NASA know this?

Every NASA astronaut who flew to the Moon on an Apollo mission took along a Hasselblad camera and numerous magazines of film. Each magazine held enough 70mm film to take 160 color and 200 black-and-white photos. The Apollo 8 astronauts took 1,100 photographs and the numbers went up on each mission. The cameras were motorized to advance and rewind the film while the astronauts did the focusing and set the shutter speed. 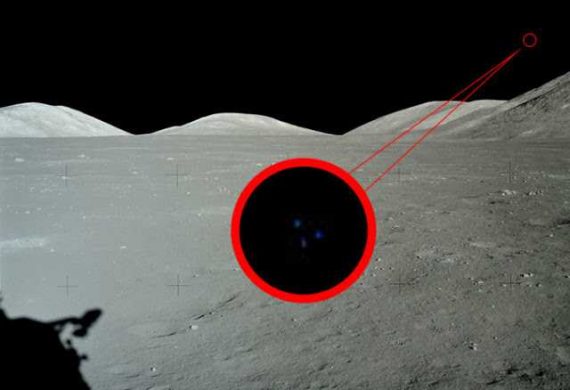 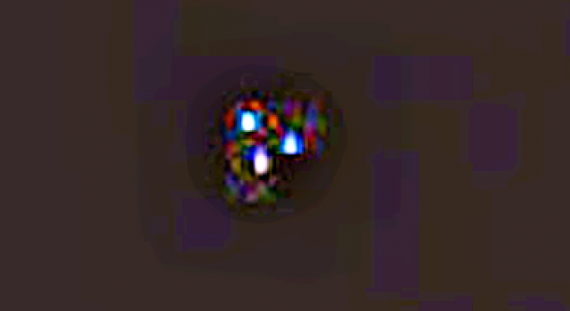 This image was taken by Apollo 17 Lunar Module pilot Harrison Schmitt, one of the last two humans (along with Commander Eugene Cernan) to walk on the moon. It shows three lights that appear under magnification to be a triangular UFO. 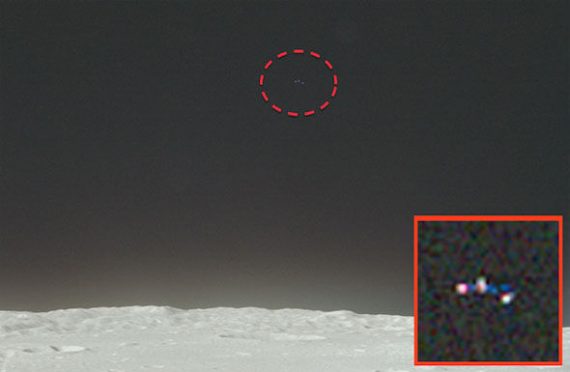 This image was taken on the Apollo 12 mission by either commander Charles "Pete" Conrad or Lunar Module Pilot Alan L. Bean. It shows another triangular UFO possibly monitoring the astronauts. 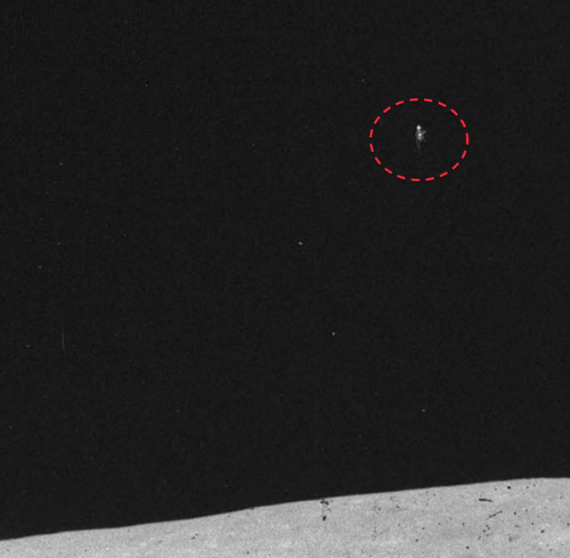 Not all of the UFOs in the images are triangular. This photograph taken by either Commander John Young or Lunar Module Pilot Charles Duke on the Apollo 16 mission shows what appears to be a flying humanoid over the lunar surface. 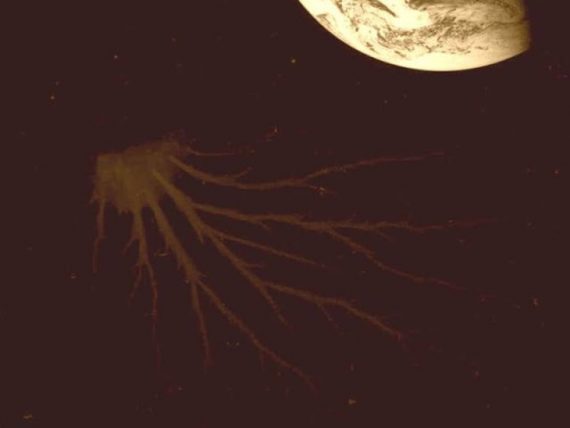 Not all of the photos are from the lunar surface either. This unusual one was taken in-flight by a member of the Apollo 8 crew (Commander Frank Borman, Command Module Pilot James Lovell, and Lunar Module Pilot William Anders) which didn’t land. It shows what looks like some kind of creature outside the Lunar Module. 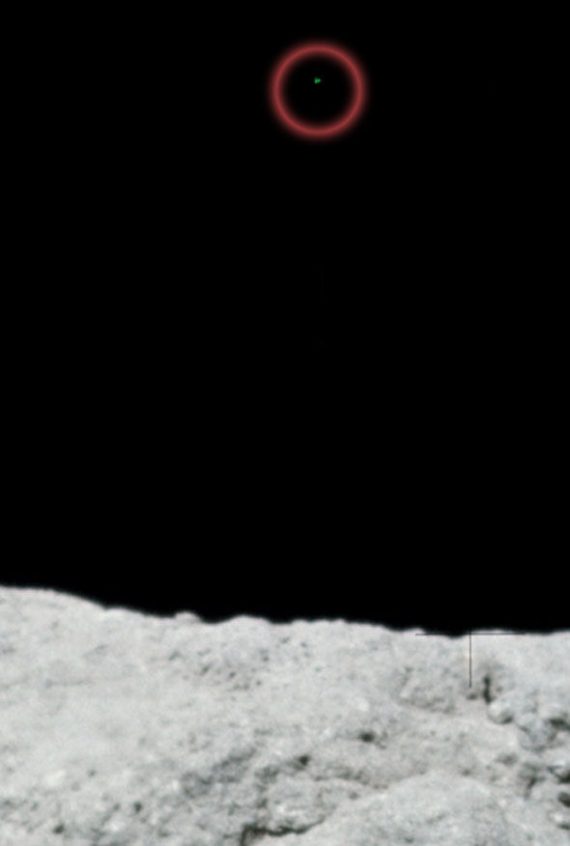 This is a different UFO, also taken on the Apollo 17 mission. It may not have been taken by Commander Eugene Cernan. When asked about UFOs in an interview in 1973, he had this to say:

I'm one of those guys who has never seen a UFO. But I've been asked, and I've said publicly I thought they were somebody else; some other civilization...

I wonder what Commander Cernan says now? Check out the galleries yourself and see how many UFOs you can find.

Humanoid over Bratislava, Home of Nuke Plants and UFO Cafe