Number of UFOs Seen Orbiting the Sun is Rising

While we humans argue about the benefits and costs of solar power on Earth, UFOs seem to be spending a lot of time orbiting the Sun doing … something. The number of UFO sightings large and small around our favorite star is on the rise. Are they harvesting energy? Establishing a base? Grilling space burgers? It’s truly a solar perplexus.

Before you start staring at the Sun to spot UFOs (not a good idea despite what sun gazers say), you can get plenty of photos of solar UFOs from NASA – yes, NASA! – using the NASA Helioviewer which catalogs and displays the tens of thousands of pictures taken by the Solar and Heliospheric Observatory satellite that has been in orbit since 1995. 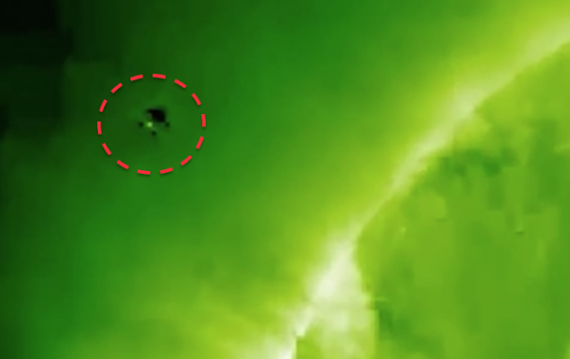 This UFO was spotted near the Sun in early October 2015. It’s hard to tell how large it is but many people who analyze them estimate these UFOs must be at least the size of the Moon in order to be seen in the photographs. 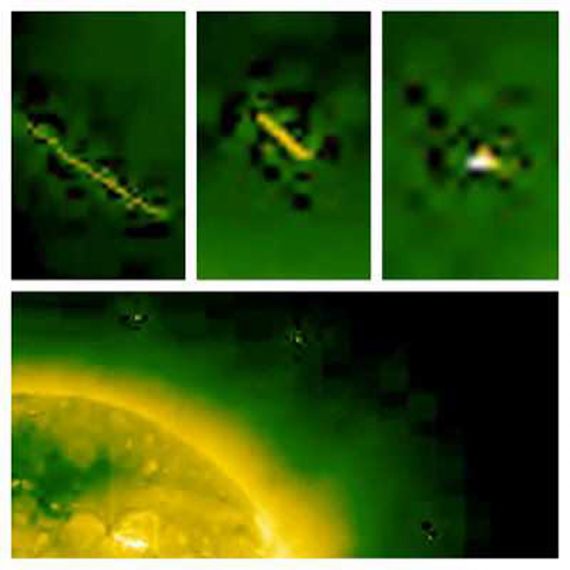 The UFOs seen near the Sun often appear in groups as if they’re part of a fleet. 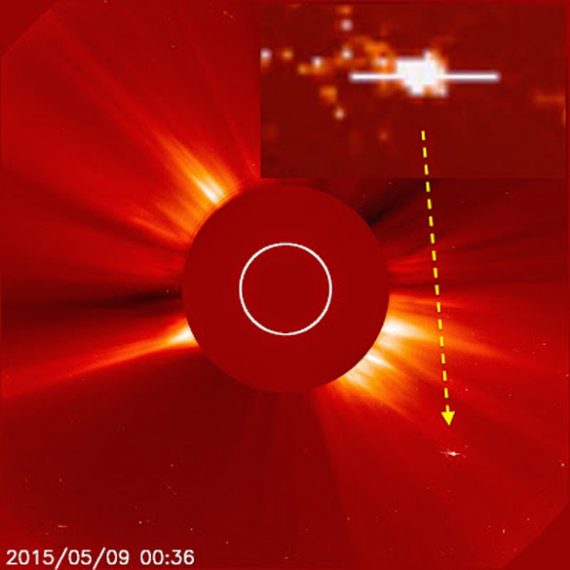 These solar UFOs come in a variety of shapes. This one appears to have wings. 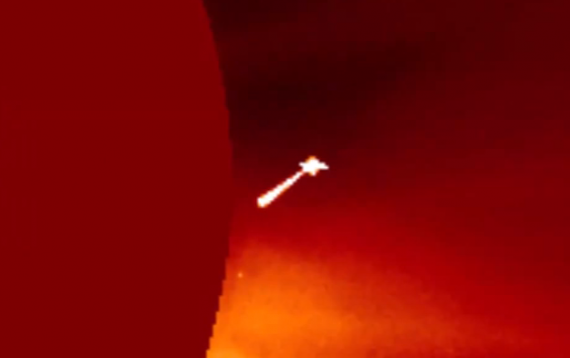 The UFOs aren’t just orbiting the Sun. Some seem to be doing things. This photo from Sept 16, 2015, appears to show a UFO emitting some sort of beam. Could it be searching for a portal? 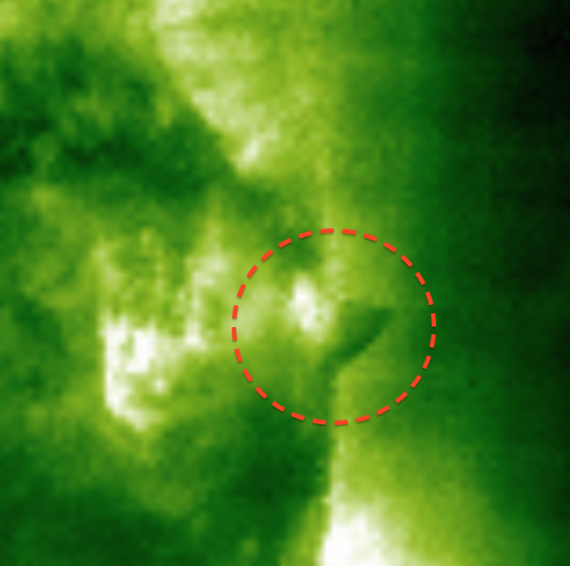 There have been images showing UFOs seemingly entering or leaving the surface of the Sun.

There are many, many more of these solar UFO photographs taken by NASA’s camera. So what does NASA say about them? Not much. The most common reason given for them is ‘cosmic ray hits’ – streaks left by charged particles from space passing through the camera’s sensor as the picture was taken. That could explain why the UFOs generally don’t appear in subsequent images.

Or they’re incredibly fast. Or they have cloaking devices. Or …

What are these UFOs that are appearing more often lately in NASA’s own photographs? Are they optical glitches or massive ships? Should we be wiping the lenses or worrying?

In the meantime ... keep looking!

Peculiar Projects of the Pigeon Kind