Odd Parallels Are Rife Between ‘Ghost Ships’ and Modern UFOs

Among the myths and legends of the Chilote culture of southwestern Chile, there exists an enduring tale of a "ghost ship" that is occasionally seen, particularly around the area of Chiloé Island. Known as El Caleuche, the story goes that sailors and fishermen have often seen this eerie ghost ship as it sails along silently, often illuminated brilliantly by white light that occasionally gives it the appearance of a modern sailing ship.

The Caleuche ship bears a few other interesting qualities as well, such as its ability to traverse both above, and below the waves as it travels. Another element of the ship's mystique is the hallmark sound of singing and enjoyment as it passes near which, as a brief aside, is reminiscent of the alleged "airships" reported over the United States during the latter half of the nineteenth century. Such traits can, at times, bear similarity to other underlying themes that appear in modern examinations of strange phenomenon: the amphibious nature of El Caleuche also reminds us of the Flying Dutchman, another famous phantom vessel of the 19th century which, rather strangely,

One of the most unusual things about the mythical Flying Dutchman is that, in at least a few cases, purported encounters with the ship have turned up. Such was the case in 188o when Prince George of Wales (later crowned King George V) described an unusual sailing vessel in the early morning hours of July 11th, while traversing the Bass Strait:

"July 11th. At 4 a.m. the Flying Dutchman crossed our bows. A strange red light as of a phantom ship all aglow, in the midst of which light the masts, spars and sails of a brig 200 yards distant stood out in strong relief as she came up on the port bow, where also the officer of the watch from the bridge clearly saw her, as did the quarterdeck midshipman, who was sent forward at once to the forecastle; but on arriving there was no vestige nor any sign whatever of any material ship was to be seen either near or right away to the horizon, the night being clear and the sea calm. Thirteen persons altogether saw her."

The description given us by the Prince in this case is ambiguous at best. Rather than describing an actual phantom ship, the description here entails, specifically, "a red light", and one as of a phantom ship seen some distance away. If we were to rely only on the notion that thirteen people observed a red light, it seems more likely that the cultural notion of the ghost ship--in this case, that of the Dutchman, which became popular in the decades before this encounter--had been attributed to the light that was seen, rather than actually being a spectral vessel of any kind.

Here it is equally interesting to note, though tangentially, that the Bass Strait is the location of one of the most controversial disappearances in modern times: that of Frederick Valentich, who went missing while purportedly observing an unusual object emitting green light as he flew over the area in 1978. Whether the light he described to air traffic control operators in Melbourne was indeed a physical object remains in question, since Valentich presumably did not survive the encounter to be able to relate more about his observation. In equal measure, it would be difficult to relate Valentich's encounter to that of Prince George and his eerie "red light" which he attributed to the Dutchman; however, the coincidence pertaining to the location is worth noting.

Returning to the tales about Chile's El Caleuche, in modern times there have also been descriptions of strange sailing vessels--some of which may not truly be of the maritime variety at all--that are seen in the region. Among the most perplexing conspiracy theories pertaining to UFOs in all of South America over the years, the so-called "Friendship Island" affair remains a pivot point of curiosity, and contention (for a summary of this case, see my MU article here). In relation to this case, a number of theories regarding a "UFO base" located on an island somewhere off the Southwestern coast of Chile have been offered by researchers since the early 1980s, with virtually nothing able to substantiate the claims (despite convoluted audio recordings and radio dispatches that are alleged to be related to the case that have emerged). 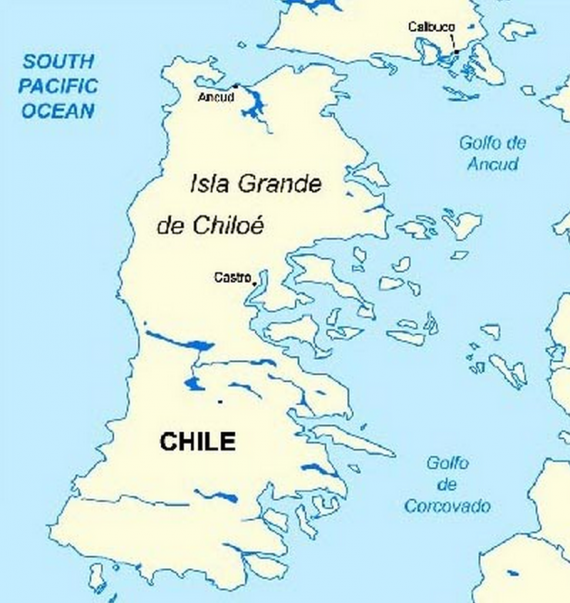 Perhaps of more interest, however, are the various correspondences that have come to light in the last few years, gathered by researcher Raul Nunez of the South American NOUFA organization (Noticiero Ufologico Autonomo). At his blog, Scott Corrales of Inexplicata and the Institute of Hispanic Ufology featured a series of correspondences obtained by Nunez, which describe various strange observations made by local fishermen and others over the years, some of which date as far back as the 1950s and 60s. Among the various correspondences, descriptions of the fabled Caleuche appear, which is described as having the appearance of some strange, and very modern-looking sailing vessel which, just as legend tells, at times glides above the water, rather than merely moving across it.

One of the most impressive stories had been related by Pedro Ignacio Herrera in 1999, in which he tells of seeing a mysterious vessel moving several meters above the water:

"I recall having been fishing near Punta Tajamar near the locality of Abtao. It was evening and we were getting ready to return to the coast when we saw a strange vessel pass in front our barge. It looked like a large tourist yacht, modern and nearly glowing white, but when our eyes adjusted to the glow, and we overcame our initial stupor, we realized that the yacht was not on the waterline, but some meters above it. In other words, it floated and traveled quickly over the waterline. It moved silently and there was no crew visible, nothing beyond an unusual sense of majesty. My father never mentioned the subject to me again. Many local residents told me jokingly that maybe we’d seen an upgraded, modern version of El Caleuche." 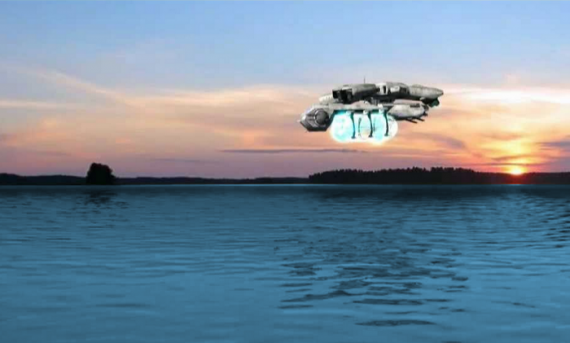 A similar story tells of a man who, suffering from various health effects resulting from years of smoking, was taken to a mysterious island by his "German employers" who operated strange machinery which the local man did not recognize. The story of his strange return from the island presents us with yet another account of a mysterious, modern-looking sailing vessel:

"He returned aboard a very modern vessel, and only saw one of his neighbors, the oldest among them, who informed him that they’d made an exception in his case, as they thought him to be a person of pure feelings, devoted to nature and his family, but told him to never smoke again. Given that his German employers were very reserved and only spoke of agricultural matters, he tried to forget about the subject, repaying them with his work and the same discretion."

Another report gathered by Nunez discussed an incident where a man, along with two other local fishermen, disappeared for a number of days under strange, secretive circumstances. Stories later surfaced which told of an odd light seen hovering above their boat, which had been accompanied by "beings." If taken no further, the incident described might appear to present themes nearly identical to popular alien abduction lore; however, the correspondence further describes that the man, much like others in the region had described, had apparently maintained some working relationship with individuals in the region that seemed to be connected with the disappearance:

"My father had been found wandering along the coast. It was believed that he’d suffered an accident and fallen into the water. The arguments with my mother had to do with whether he still worked for at the place where he’d disappeared. My mother knew something about it, but never told me anything. When I would ask her, she would reply that “there are things it’s best to know nothing about.” My father avoided the subject and experienced a change in later years, becoming partial to deepest mysticism."

The entire series of correspondences can be read here at Scott Corrales' Inexplicata blog.

Whether or not they indeed have some relation to the Friendship Island affair is yet to be determined, and of course, while bearing a certain degree of promise, the entire notion of a "secret UFO base" off the coast of Chile is largely dismissed today, even among UFO circles. Though perhaps, if there is any truth to the matter, it has less to do with UFOs, and more with secretive operations of some variety, which, due to their clandestine nature, have helped breed curious legends which borrow from the existing local folklore, blending myth and reality into a curious melting pot of truth, folk tales, and speculation of the stickiest sort of.

This, in truth, might offer an equally fair description of the broader UFO phenomenon just as well, as it has billowed forth and unfolded over the years... revealing more convolution, at times, than anything of true substance.