Last week, citizen-scientist astronomers combing through data provided by the Kelper Space Observatory, identified what has been called “alien megastructures” orbiting a distant star called KIC 8462852.  News outlets everywhere exploded with speculation and wonderment, printing and reprinting the same vague soundbites and out-of-context quotes, to the effect of leading the public to believe NASA had finally made contact with an extraterrestrial civilization.

Of course, those same news outlets are now changing their tune, and rightfully so.  Not only were the comments made by Penn State University Astronomer Jason Wright taken out of context, they were given far more weight than was warranted.  Early on, many journalists and bloggers urged a more cautious view of the discovery, but their voices were largely drowned out by the Internet’s predictable and loud freak-out about Dyson Spheres and alien technology.  Now though, most of the people who were originally on that bandwagon have jumped off and are taking the more reasonable position that whatever might be causing the barely detectable fluctuations of light in the pertinent Kepler images, it’s far too early to make such sensational claims (though the 21% difference between the typical and actual readings is relatively gargantuan). 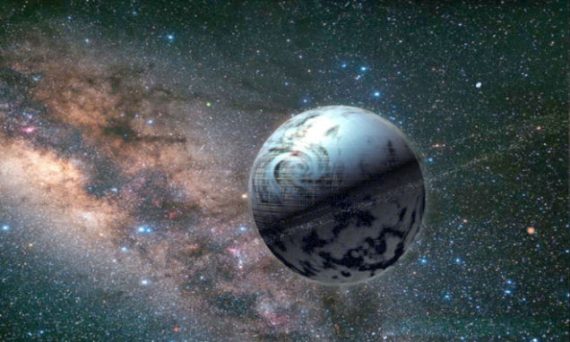 To be perfectly clear, the extraterrestrial explanation is still on the books, but as any amateur philosopher will tell you, Occam’s razor is always the first filter we need to apply to our speculations.

So, where do we stand now?  Well, we officially don’t know what’s orbiting KIC 8462850, which is actually the same place we stood last week, so don’t feel bad about it.  It could be a planet, perhaps a small one, or several small ones.  It could be a broken up planetary body.  It could be a massive cloud of dust or a particularly dense asteroid field.  Or it could be an alien megastructure.  As of yesterday, researchers have aimed the Allen Telescope Array (a radio-telescope) in that direction, with the hope of detecting anomalous radio signals being transmitted across the 1,500 light-years between us and the F-type main sequence companion star.  And now we wait.

Would you be interested to know that this isn’t the first time we’ve had this kind of alien contact misunderstanding between the scientific community and the public.  Not by a long shot.

Before the advent of our powerful modern telescopes, our observations of the heavens relied heavily on the educated guesses of astronomers who were, shall we say, given to flights of fancy when it came to extraterrestrial life.  William Herschel, a British astronomer from the early 19th century was convinced that Mars had a climate identical to Earth.  Not only that, but he was certain there was life on The Moon, and that the Sun’s core was most likely inhabited by some kind of humanoid life.  Even men of such massive intellect as Percival Lowell were convinced that Mars sported artificial canals and even roadways and highway systems.

You might forgive those early suppositions as the product of inferior technology and a relatively primitive understanding of the universe, but what if I told you that the KIC 8462850 discovery came right before the 23rd anniversary of the publication of a paper by astronomy giant Carl Sagan, in the journal Nature, declaring that he and his colleagues had found a planet sporting intelligent life?

Sagan wrote of atmospheric and environmental signatures, and even radio transmissions that conclusively determined the existence of an industrial-level civilization.  He and four colleagues from JPL, the University of Iowa, and the University of Colorado, Boulder studied data collected by the Galileo Spacecraft to make some truly amazing conclusions.  The only problem is, they were talking about Earth.

Don’t lynch me yet, please.  I can explain.

In the paper they explained that the purpose of their research (at the time) was not actually to find, or even look for extraterrestrial life.  They were testing the potential of spacecraft like Galileo to embark on that kind of mission.  They needed to demonstrate to the political powers that be, that such technology could not only provide them with usable data about distant planetary bodies, but could do so without extra spending. (CARL SAGAN, 1993)

In addition to paving the way for future space-watching technology and research, Sagan offered astronomers and planetary scientists a template, or a baseline picture of what a planet with life might look like from a distance.  The data gathered showed clear spectrographic evidence of life on Earth – meaning that the images bore unique colour characteristics that are caused by the environmental effects of life, such as an abundance of oxygen – which may seem like a silly thing to declare about Earth, let alone study, but the profile provided by the Galileo Spacecraft was and continues to be a crucial piece of the puzzle for programs like SETI.  It essentially says, ‘if you find a planet that bears these same spectrographic features, you may have found life’.  And that baseline bears special relevance to the “alien megastructures discovery”.  That relevance is simply…they didn’t use such a baseline in the KIC 8462850 imagery, not really.

Don’t get me wrong here, I’m not implying that they should have.  After all, the astronomers involved are using very different technology and methods than what was used by Sagan.  In fact, they’re looking for completely different things.  While Sagan was looking for direct evidence of life on a single planet, Kepler is looking for exo-planets en-masse.  The difference is night and day.

What they’re looking for in the exo-planet search is the dimming of the target star’s light emissions – this is called transit photometry – and while that can, surprisingly, tell them a lot about the star in question, the conclusions that can be drawn are still extremely limited, especially compared to the massive number of possible explanations for the strange light patterns they found.  The correct course of action upon the discovery of anomalous data is to take a closer look – not run around screaming about alien megastructures.  Thankfully, astronomers are doing just that (taking a closer look, not running around screaming, that I know of).  The Allen Telescope Array is just the first of many resources that will be used to determine just what is going on at KIC 8462850, and hopefully we’ll have more reasonable answers in the near future.

The Not-Not Life: Struggling with Entropy