I'm not sure why, but more and more I find myself being asked: "Have you ever done any investigations into the phenomenon of Skinwalkers?" For those who may not be fully aware of the phenomenon, a bit of background data is in order. In her excellent book, Real Wolfmen: True Encounters in Modern America, Linda Godfrey says: "Most sources say the skin walker is the manifestation of a 'witch,' meant in the sense of a shaman or medicine person who has taken a dark path and uses magical power to hurt others. A skin walker may wear a coyote skin and can travel very speedily in animal shape."

The Navajo Legends website states: "To become a skinwalker requires the most evil of deeds, the killing of a close family member. They literally become humans who have acquired immense supernatural power, including the ability to transform into animals and other people. According to the Navajo skinwalker legend, these evil witches are typically seen in the form of a coyote, owl, fox, wolf or crow – although they do have the ability to turn into any animal they choose."

As for my own involvement in the Skinwalker issue, I can't claim it has been in-depth, as it most certainly has not been. Quite the opposite, in fact. But I do have one memorable and weird tale to tell, and which dates back to August 2010. It was in the early part of the month that I set off for the California desert, specifically in the vicinity of Joshua Tree. The reason: to film an episode of VH1's series: Real and Chance: The Legend Hunters.

For those who may not know, Real and Chance (brothers Ahmad and Kamal Givens - Ahmad sadly having passed away in early 2015 from colon cancer) were two parts of the rap-group, The Stallionaires. They also starred in the VH1 show, Real Chance of Love. But, with the new show, Real and Chance were going to be in hot pursuit of monsters and marauding animals - including a Skinwalker.

When the production company asked me if I would be interested in hitting the road with Real and Chance, I said "Sure!" Across three days and two nights, Real, Chance, and me hung out with a woman who rescued wild and injured wolves, who nursed them back to health in her sanctuary, and who was not only terrified by the prospect of meeting a Skinwalker, but who flatly refused to even utter the "S" word. We were taught to shoot by an old cowboy who answered only to the name of "Doc." He made it very clear that if we were to encounter a Skinwalker we needed to proceed very carefully. Safety, he said, was paramount. Which basically meant we had a fine time preparing by blasting rocks and targets in the heart of the desert with our pistols. We also took part in Native American rituals designed to prepare us for, and protect us from, the potential and deep hazards ahead.

We headed out to a long-derelict ranch where, even as far back as the early 1980s, farm animals had been attacked and killed in violent fashion by something large, powerful, and dangerous. And we spent a night chasing something that stole a dead chicken (which had a tracking-device attached to it) from under our very noses, and right around where the slaughtering had taken place some three decades earlier. 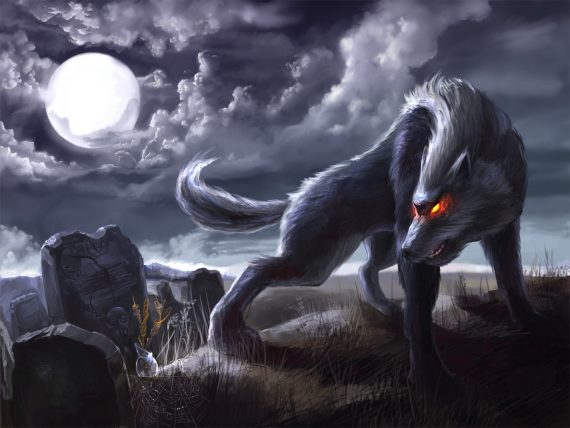 So, did we come face to face with a Skinwalker? Well, I can't say for certain. But, what I can say is that we really did find ourselves confronted by a huge, dark wolf late on the final night of filming. It was an incredible beast, captured for on-screen posterity by VH1's camera-crew. For several minutes, the animal loomed above us on a rocky outcrop that sat above a deep and shadow-filled cave. It stared intently at us, in eerie fashion. Then, without warning, it turned and vanished into the desert night.

As we continued to scour the area, me, Real and Chance checked out the entrance to the cave - where we found the remains of the chicken, minus the tracking device. Since a Skinwalker can take on the guise of a wolf, and have been reported in and around caves, this might make some think we really did encounter such a thing. Me? I don't know. What I do know, however, is that it was a very creepy ending to a highly entertaining few days in search of a monster in the California desert.

Do New Observations Cast Doubt on Einstein’s Theory of Relativity?